NATO must address the imminent threat of a "two-pronged war" by developing primarily European capabilities. 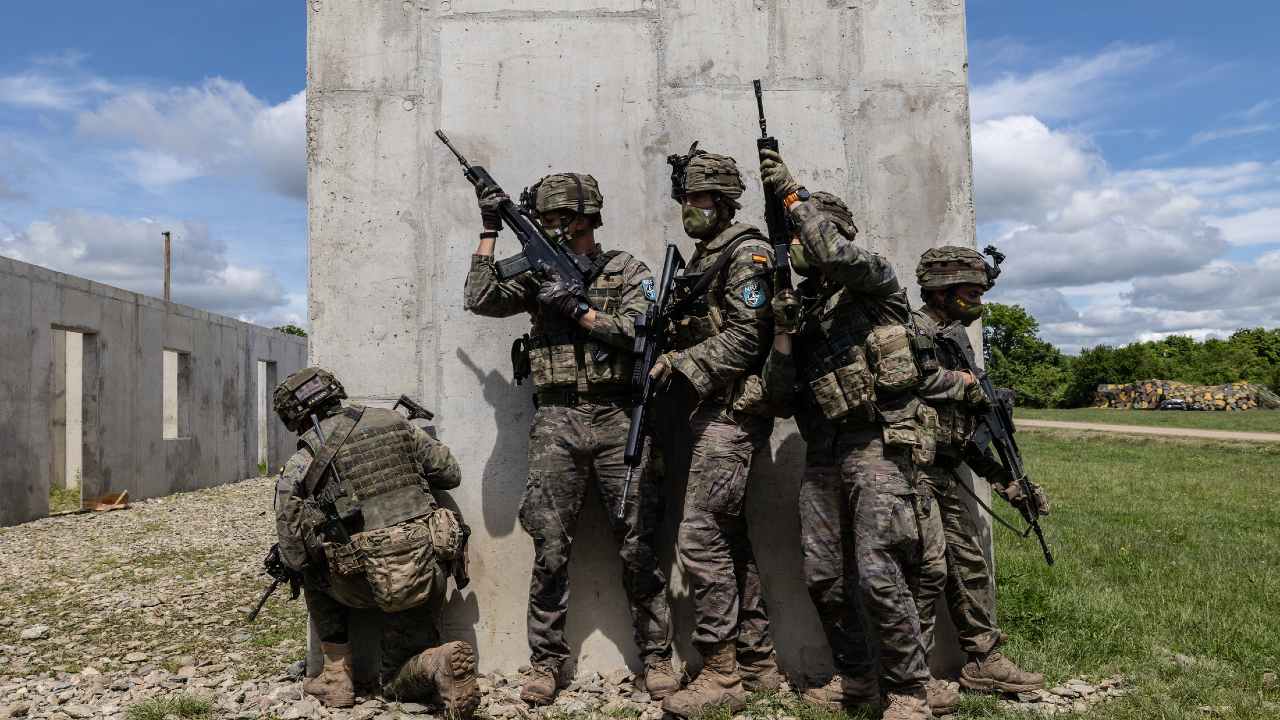 The single greatest threat to NATO is “a two-pronged war” in which the United States would be preoccupied by an attack from China in the Asia-Pacific, which would deprive Europe of U.S. support and leave it vulnerable to an attack from Russia, according to Wess Mitchell, Vice Chairman of the Board of the Center for European Policy Analysis.

That serious risk from Russia and China trumps all differences — of which there are many — between members of the transatlantic alliance, he said.

NATO must address this by developing primarily European capabilities. “Unless Europe can be brought to a state of greater defensibility by its own arms, then it is not clear Europe can be defended at all by the United States in a major crisis given the fact of China,” he said.

The United States and its European allies “have a foremost interest in avoiding that scenario, and that higher interest trumps whatever disagreements du jure may be in the headlines,” said Mitchell, who served as Assistant Secretary of State for European and Eurasian Affairs from 2017-2019.

Transatlantic disagreements have included European exasperation over the chaotic U.S. withdrawal from Afghanistan; a rift over Australia’s decision to join a pact with the U.S. and UK on nuclear submarines and other technology while ending a $66bn French contract; and disagreements over the Nord Stream 2 gas pipeline that runs from Russia to Europe, bypassing Ukraine and Poland.

Mitchell said these very significant differences are “not principally the byproduct of the personality of the person who is in the White House; they are not optical or semantic. They are rooted in very real differences of strategic interests and outlooks among allies.”

On China, he said, there are a wide range of areas where NATO can do more, including establishing mechanisms for political consultations. Mitchell co-chaired a group of experts, part of NATO’s reflection process, that provided recommendations for strengthening the alliance’s political dimension.

Mitchell participated in a panel discussion with Simona Cojocaru, chief of Romania’s Department for Defense Policy, Planning and International Relations. Lauren Speranza, director for Transatlantic Defense and Security at CEPA, moderated the discussion which was part of the 2021 CEPA Forum.

Describing NATO as a “platform of dialogue,” Cojocaru said: “Cohesion will be achieved at the end of the day through our capacity to achieve consensus . . . For the sake of the security of more than one billion citizens . . . we have to find common ground.”

At NATO’s Brussels Summit in June, heads of state and government invited NATO Secretary General Jens Stoltenberg to lead the process of developing a new Strategic Concept for the alliance, to be adopted at NATO’s summit in Madrid in 2022. “A lot has changed in the political and security environment since then,” said Speranza.

“We are not any more in the romantic period in the [relationship] with Russia,” Cojocaru said, referring to the pre-2010 era when NATO actively sought partnership with Russia.

Addressing Russian behavior in Romania’s neighborhood, Cojocaru said: “We have old, emerging, and future challenges, and we have to be prepared for all . . . We have to keep a watchful eye.”

Mitchell said it is “a sound principle of strategy, both in a political sense and military sense, that you prepare to deal with the most dangerous threat that you face, the thing that can undermine your existence.” This, he said, “is a sound principle that NATO needs to apply when it looks at the threat horizon.”

The 2010 Strategic Concept has three core tasks: collective defense, crisis management, and cooperative security. Mitchell recommended that the new Strategic Concept also include a fourth core task: countering instability. “What failure looks like is for NATO to dodge this issue,” he said.

Amid the erosion of democratic values in countries that are part of the transatlantic alliance, Mitchell emphasized the importance of acknowledging divisions in Western society about the nature of common values. But, he added, while the Strategic Concept is likely to affirm the importance of democracy to NATO, a democratic alliance, it should also draw a distinction with China and Russia which “are despotic in the nature of their regimes.”

Steadfast Defender 2021 is a NATO-led exercise involving over 9,000 troops from more than 20 NATO Allies and partners. The objective is to ensure that NATO forces are trained, able to operate together and ready to respond to any threat from any direction.