The Road to Brussels, Via Bucharest

A united and coherent approach to NATO’s eastern flank has been on Romania’s foreign policy agenda for several years. Now it’s finally taking shape. Militaries fight like they train. Sea Shield 2018, the largest NATO exercise in the Black Sea this year, has just ended. Eight NATO allies plus Ukraine participated in the week-long exercise – […] 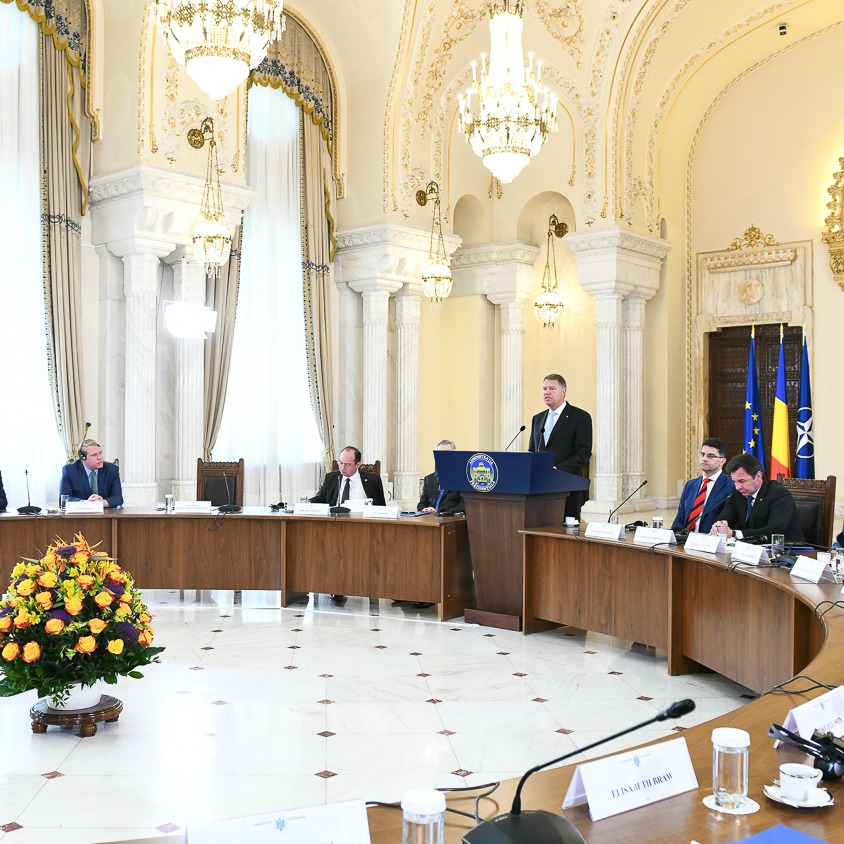 Militaries fight like they train. Sea Shield 2018, the largest NATO exercise in the Black Sea this year, has just ended. Eight NATO allies plus Ukraine participated in the week-long exercise – a good example of how the alliance is following up on pledges made at the Warsaw NATO summit in 2016, and something of a preamble to Romania’s agenda for this year’s NATO summit. Promoting the strategic implications of the Black Sea for European and transatlantic security has been a key goal for the country, which has put all its diplomatic efforts into increasing the awareness of allies and getting NATO to focus more on the southeastern flank of the alliance.

In Brussels, Romania aims to obtain just that: a more balanced, holistic, and integrated approach to the security of the eastern flank by promoting a unified concept for the NATO forward presence. This implies recognizing that the threat to European security is indivisible across the eastern flank and placing the Black Sea area on an equal footing with the Baltic Sea. The approach is based on the assessment that the security environment in the Black Sea is deteriorating, due to Russia’s revisionist behavior and heavy militarization of the Crimean peninsula, and because the region has recently become the operational epicenter for Russia’s projection of power into the Middle East. This challenge is recognized within NATO, which is concerned by Russia’s ability to frustrate commercial interests (such as recently with Ukraine), coerce neighbors, and even close off the Black Sea through an anti-access/area denial (A2/AD) bubble. Russia takes an integrated approach to the various security domains across Europe and at sea. If the Alliance is to show strength and purpose, it must fix the intra-eastern flank imbalance.

Romania’s president, Klaus Iohannis, and other Romanian officials and experts clearly articulated the need for solidarity and coherence during a recent CEPA seminar in Bucharest. As the Black Sea region opens a window to both the eastern and southern neighborhoods of the Alliance, NATO’s approach to the region requires improved coordination and readiness. But the Alliance still has a long way to go when it comes to interoperability, speed, and mobility.

The latter have become buzz words in recent years, but with PESCO and the Brussels NATO Summit looming in July, expectations are growing that they will become tangible realities. Romania could play a particularly important role in addressing the issues of integration and mobility, particularly between North and South. Romania has multiple opportunities to show leadership in 2018 and 2019: increasing its defense budget and spending on military capabilities could help Romania exemplify the idea of burden-sharing and interoperability. Also, the Bucharest 9 security format, the Three Seas Initiative Summit in September 2018, and the EU presidency in the first half of 2019 could make these expectations a reality. Romania can use these initiatives and positions not only to promote dialogue, but to galvanize the political will to take concrete steps to improve mobility through dual-use (civilian-military) infrastructure projects, harmonize regulations and bureaucratic practices, and take other measures to increase intelligence sharing, digital coordination, information space resilience, energy diversification, etc.

Not least, some experts in Bucharest see Romania as projecting its expertise in the broader Black Sea area. On the one hand, the Balkan states constitute a priority for extended Black Sea security and Romania could take a more proactive role in strengthening the relationship with these countries and offering support and expertise in developing local capabilities, especially in containing hybrid challenges. Similarly, when it comes to Ukraine and Georgia, Romania can use its leverage to maintain a strong security partnership in the Black Sea and ensure these countries will not be forgotten during the NATO summit discussions. On the other hand, while promoting the resilience of its neighbors, Romania must ensure that its governance structures, rule of law, and deterrence posture set an example as a credible, reliable Euro-Atlantic anchor.

Taking a more integrated approach to transatlantic security, from the Arctic to the Mediterranean and from the Baltic to the Black, will allow NATO and other European countries to better align their capabilities and defense concepts and face common challenges. Romania believes this must be the future approach of the Alliance – but the real test will be in the months to come on the road to Brussels.