The Fourth Battle of the Atlantic Is Underway

This new struggle is being waged beneath the waves. But just as in earlier Atlantic campaigns, it is a conflict the US and its allies cannot afford to lose. 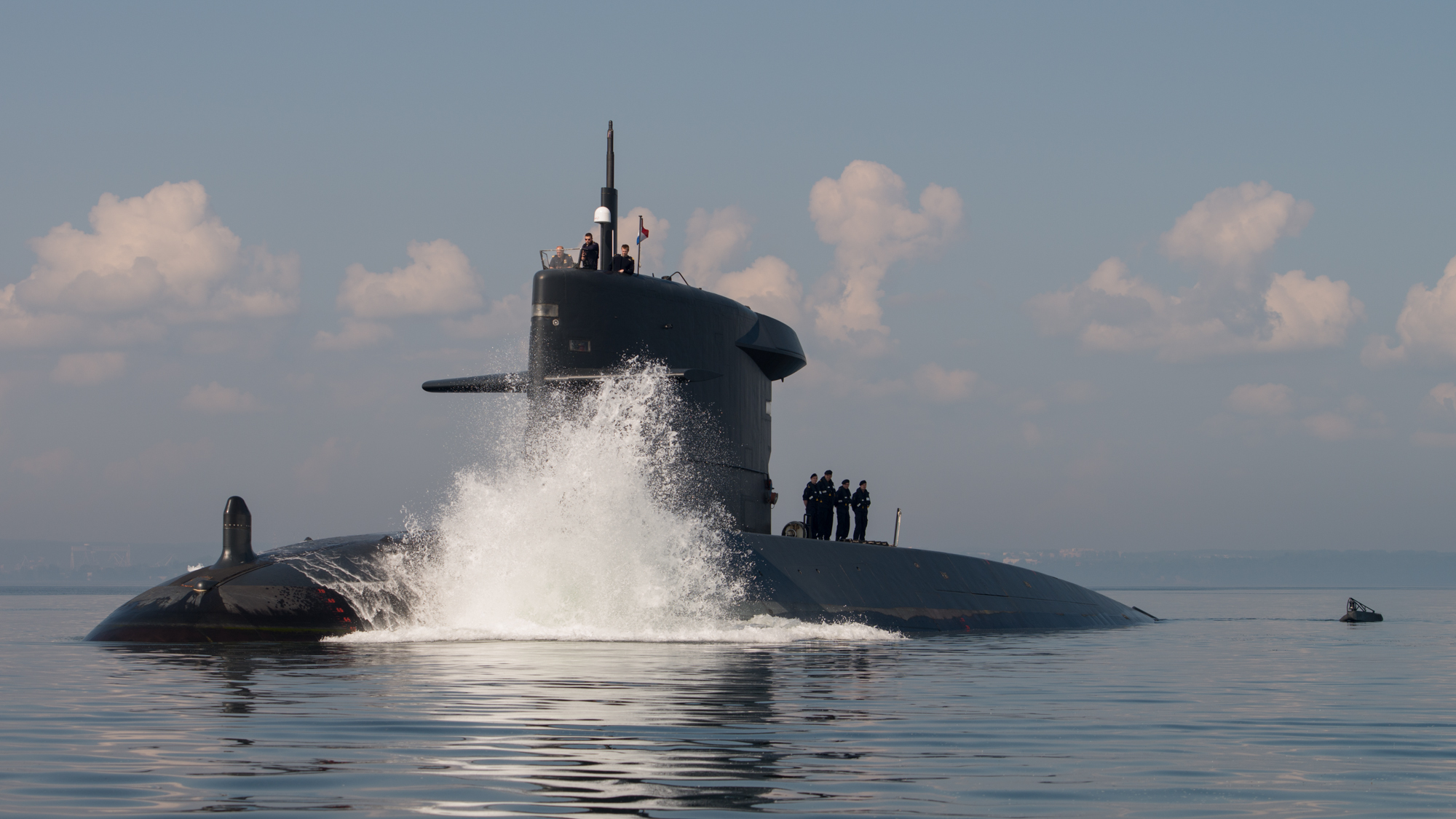 A battle for the undersea domain between North America and the European continent was already underway in 2016, my colleague, Dr. Alarik Fritz and I warned that year. Any doubts about this were surely removed by September’s unattributed attack on the Nord Stream 2 pipeline in the Baltic Sea by some nefarious adversary.

This was no accident — rather it was deliberate sabotage — as stated by Swedish investigators and the European Union (EU.) To date, no state or non-state actor has taken credit for the act, although widespread speculation blames the Russian Federation for the explosions.

“This is not a kinetic fight,” we wrote in 2016. “It is a struggle between Russian forces that probe for weakness, and US and NATO anti-submarine warfare (ASW) forces that protect and deter. Just like in the Cold War, the stakes are high.”

If anything, the stakes have now increased. There are numerous threats below the sea’s surface, including the more obvious, like Russia’s advanced submarines, which while not as good as the US Virginia or the UK’s Astute class, are still very good indeed. What has really changed is the understanding of just how reliant Western society is on undersea cable networks for the essentials of everyday life. Where once were telephone lines, the seabed is now crisscrossed by data cables on which the modern world depends — our military and financial systems are heavily reliant on them. More than 95% of communications channels are subsea.

A 2017 report written by Rishi Sunak, then a backbench MP and now Britain’s prime minister, and endorsed by Admiral James Stavridis, US Navy (Ret), former NATO Supreme Allied Commander, made the point.

“Funneled through exposed choke points (often with minimal protection) and their isolated deep-sea locations entirely public, the arteries upon which the internet and our modern world depends have been left highly vulnerable,” the report said.

How did we get here? The first battle of the Atlantic took place during World War I. The German Navy perfected the U-boat, a diesel-powered vessel that charged its batteries on the surface so it could subsequently dive on battery power and wreak havoc on allied convoys crossing the Atlantic Ocean. The Germans made the strategic decision to conduct unrestricted submarine warfare on merchant vessels and when the U-21 sunk the Lusitania, a British-flagged cruise ship with many Americans onboard, the act helped bring the United States into the war. This turned the tide on the ground, and Imperial Germany suffered a humiliating defeat, resulting in the lopsided Treaty of Versailles. The subsequent rise of Nazism caused a return to conflict with allied powers in World War II.

The United States and its allies soon felt the wrath of a seasoned and much improved German submarine force in the Second Battle of the Atlantic. Led by Fleet Admiral Karl Dönitz, himself a submarine hero from the First World War, the Germans wrought havoc on convoys providing vital war material. After Pearl Harbor, the United States once again threw the full weight of its industrial might and technological know-how into the fight. 1942 and 1943 were pivotal years in the Second Battle of the Atlantic. The classic movie Das Boot, released in 1981, chronicles the ultimate demise of a force that was outnumbered and overmatched in technology. German submarine losses were staggering — of the 40,000 submariners who went to sea during the war, almost 30,000 perished.

Following the defeat of Nazi German and Imperial Japan, it was not long before the United States and her allies entered a bipolar contest with the Soviet Union resulting in the Cold War. This Third Battle of the Atlantic resulted in a nuclear and naval armaments race between the United States and the Soviet Union. Ours was a cost-imposing strategy, which neither the industrial base nor the Communist Party could keep up with, ultimately contributing to the fall of the Berlin Wall in 1989 and the collapse of the Soviet Union in 1991.

Despite hopes for a peace dividend, there was little pause. Following a chaotic few years, former KGB agent, Vladimir Putin, emerged as the heir apparent in Moscow. Putin’s provocative and combative speech at the Munich Security Conference in 2007 set the tone for the shape of things to come. In 2008, Russia invaded Georgia and a new era of fiercer competition began, reaching its peak in February 2022 with the all-out invasion of Ukraine.

Despite Russian failures ashore and at sea — including the embarrassing loss of Russia’s Black Sea flagship Moskva, one covert program remains viable and lethal. That is the Russian submarine force. Russia has continued to pour rubles into the Russian design bureau and the submarine force because they see it as an asymmetric strategy that can challenge the West.

In terms of technology and quieting, the United States submarine force is number one in the world, with Russia, not China, as the pacing threat. Russia has consistently produced high-quality nuclear-powered submarines that are revolutionary in their own right, from the November-class to Victor I, II, and III-class, to the deep diving titanium hulled Alfa-class, to the Mike, Sierra, and Akula-classes, and now to the present-day Severodvinsk and Belgorod-class boats. Suffice it to say that Severodvinsk is a very capable adversary equipped with state-of-the-art cruise missiles and torpedoes, but it cannot outmatch the US Virginia-class boats, and we must keep it that way. Belgorod is a new class of submarine with a curious dual-mission capability. It carries the Poseidon-class torpedo, which Putin himself revealed a couple of years ago, boasting a 65-foot length with self-contained nuclear propulsion that could carry the weapon at high speed across the Atlantic Ocean and a dual-use, conventional or nuclear warhead. Furthermore, the submarine is equipped with a deep-diving mini-sub that could threaten Western undersea critical infrastructure.

Working together with allies, we can mitigate the threat. It is both fortunate and timely that NATO established a new Joint Forces Command on this side of the Atlantic. JFC Norfolk and the associated US Second Fleet Headquarters have as their charter the safety and security of the Trans-Atlantic Bridge. The Atlantic is not the only contested waterway. Russia’s presence in the Arctic, Baltic, Mediterranean, and Black Seas is also problematic.

By creating and adhering to a robust maritime strategy, NATO can overcome these challenges. Investments in undersea warfare, i.e., submarines, remotely piloted or autonomous systems, undersea surveillance, and a network that supports a common operating picture can help make contested waters more transparent and the targeting problem easier.

Having Sweden and Finland join NATO will transform the Baltic Sea into a NATO lake. The same cannot be said for the Black Sea, which is lacking a NATO maritime presence right now, an issue that must be rectified soon. The same could be said for the Arctic, which is rapidly becoming more blue than white with climate change, leading to an increased presence of maritime traffic.

There is still much work to be done to win the Fourth Battle; let’s get on with it.

Admiral (rtd.) James G. Foggo III is a distinguished fellow at the Center for European Policy Analysis (CEPA) and former commander of US Naval Forces Europe and Africa and Allied Joint Force Command, Naples. He commanded BALTOPS in 2015 and 2016 and Exercise Trident Juncture in 2018.