The Baltic Approach to European Security

The Russian invasion is a direct threat to the European security architecture. 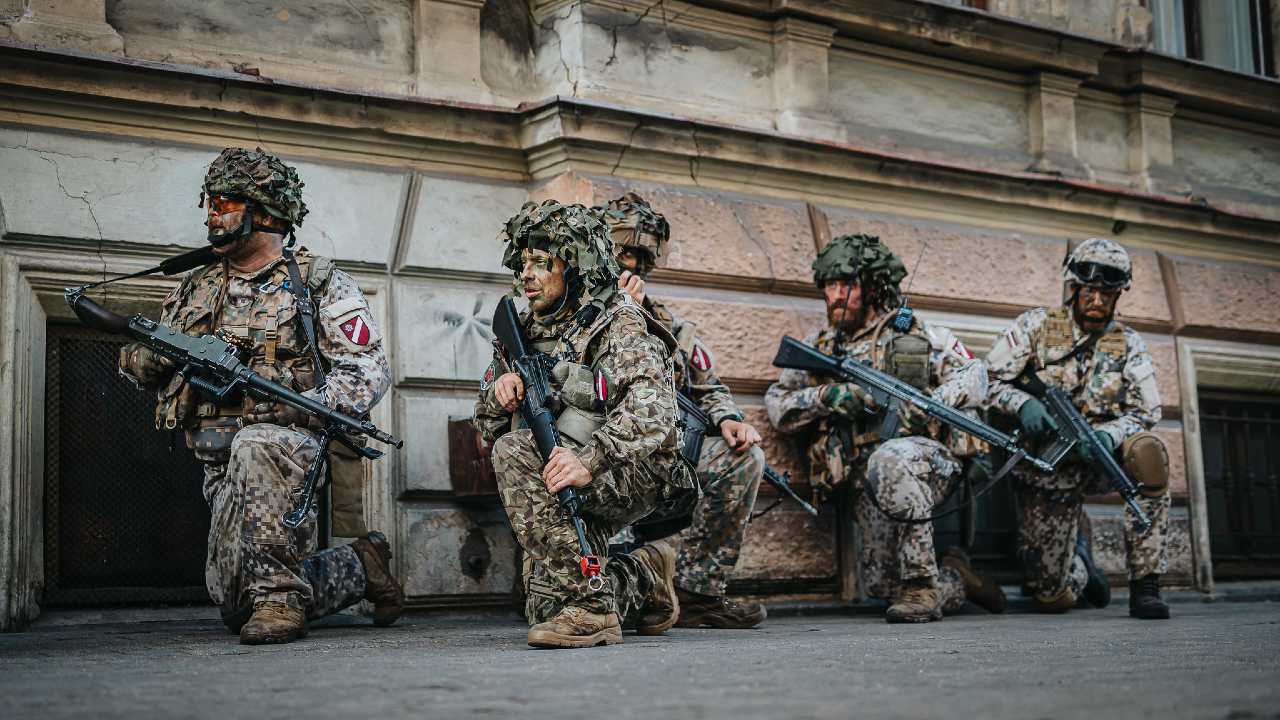 Domestic Security – What are the Baltic states doing to support Ukraine?

Russia’s invasion of Ukraine caused a tectonic shift in the world. With all the uncertainty surrounding the crisis, the three Baltic ambassadors stressed that unity of action is critical. Unity in providing ammunition and humanitarian support to Ukraine as well as supporting sanctions on Russia sends a strong message to the Kremlin that the Baltic states are here to defend European security. Regarding Lithuania’s domestic security, Ambassador Plepytė noted that Belarus [which borders Lithuania] posed a specific threat as it supports Russia’s invasion. If sanctions are applied against the aggressor, then they need to be applied against its accomplices.

Regional Security – How can transatlantic states and organizations support Ukraine?

The silver lining in these tragic events is that the transatlantic alliance has never been stronger. The EU is a blazing example of how different governments can work together to stand up against Russia. Ukraine’s sentiment is resounding; President Volodymyr Zelenskyy’s statements and spirit fuels the fight against Russia and it motivates outsiders to stand up and provide support to Ukraine.

Much like the Baltic states’ strategy in supporting Ukraine, regional and international assistance to Ukraine should involve supplying additional weaponry and ammunition. Supplies sent thus far have already been used and stocks must be replenished. Humanitarian support is also necessary. As Ukrainians are being displaced from their homes, it is up to Europe to open its borders and welcome them to safety.

The Baltic states are no stranger to Russian propaganda and disinformation, and the disinformation that is currently flowing out of Russia, and within Russia, has an eerily familiar ring. The Kremlin is using similar tactics to those of the Cold War: cutting off international media, feeding Russian citizens false information, a mass Russian propaganda campaign — and it must be countered. Creative approaches should be implemented, such as using advertisements to promote credible news sources and broadcasting messages in Russian. It is crucial that the Russian citizens have access to reliable and credible information so that they understand the implications of the invasion. The private sector also needs to take responsibility for the spread of false information. Google, Twitter, Facebook, and Meta have a responsibility to counter the rapid and detrimental spread of disinformation.

NATO – Does the future alliance include Sweden and Finland?

Ambassador Selga highlighted that over the past 30 years, the Baltic Sea region has produced some of the fastest-growing economies in the world, largely due to stable political security. However, the Eastern flank needs to be strengthened, and NATO defense should be readjusted in this region. Of special note, [the Russian enclave of] Kaliningrad must not be overlooked. This is the most militarized piece of land in Europe, and it is critical to use NATO to provide robust support to this area. With Finland and Sweden as neighbors to Kaliningrad and the Baltic Sea, their membership to NATO would be sure to provide the extra security that is needed to reinforce the Eastern flank. The three ambassadors noted that Sweden and Finland’s membership would be more than welcomed and would be a strong step in strengthening Baltic Sea security. Just like any democracy, Sweden and Finland will make independent decisions on whether they will join NATO. One thing is for certain, if Sweden and Finland joined, it will show that Russian aggression has caused the exact opposite effect that the Kremlin wanted.

While the ambassadors do not have a crystal ball to predict the future, they are hoping for the best but preparing for the worst. A long, devastating war with Russia may be ahead, but the Baltic states will stay united with their allies and adapt to the volatile circumstances. They will not be bullied by the Kremlin, nor will they be a bystander if Russia scales up its attacks.