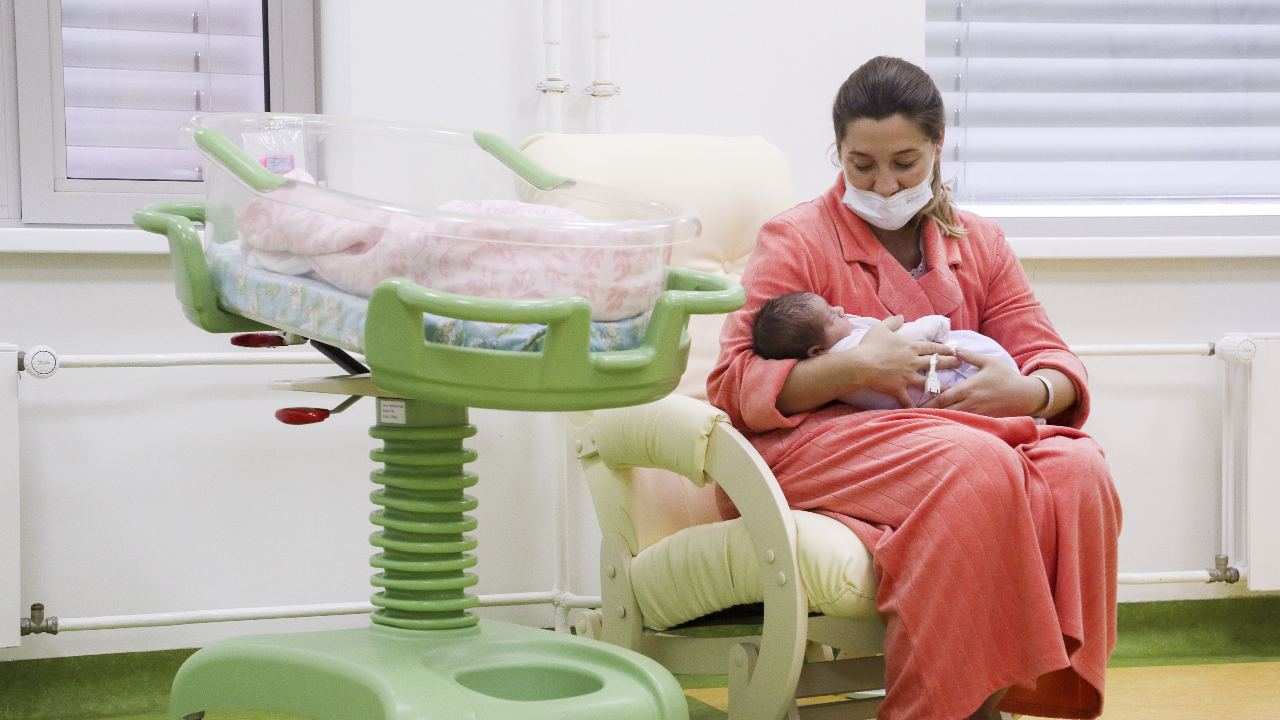 Photo: MOSCOW, RUSSIA - AUGUST 11, 2021: A mother and an infant are seen in a ward of the neonatal pathology unit at the Kulakov National Medical Research Center of Obstetrics, Gynecology and Perinatology of the Russian Healthcare Ministry. Credit: Gavriil Grigorov/TASS.

Russian state grants totaling billions of dollars for the benefit of mothers and newborns are being corruptly siphoned off. A coterie of realtors — and possibly local officials — are getting rich through the purchase of dilapidated housing unfit for human habitation, with incalculable damage inflicted on a policy supposed to help alleviate Russia’s plunging population.

The program is failing on several levels. The money is controlled by officials, as opposed to an automatic lump sum for individuals; the subsidy per family stands at around 616,617 rubles ($9,800), with some $6.9bn allocated in total. A family welcoming its first child in 2022 would be allocated around 503,000 rubles from the government (around $6,970.) The policy states that this can only be spent in the interests of the child according to criteria set out in law; for example, for education, the integration of disabled children into society, and improving children’s living conditions. There has in addition been discussion of offering money to women to forego abortions.

A signature policy of President Vladimir Putin’s administration, state-affiliated media often describe maternity capital a social success. But it seems relatively easy for the funds to be stolen; mostly through housing; and the more dilapidated the property the better.

Novaya Gazeta reporter Denis Korotkov recently traveled to the tiny village of Galki, some 250km (155 miles) northwest of Moscow. There, he found badly rotted, ramshackle wooden buildings that had been acquired to launder maternity capital. But what initially seemed an isolated case, he later discovered was common practice in areas up and down the country.

In the regions of Torzhok and Klokovo, close to Galki, similar practices are underway. “On the surface, it seems like the whole village has been bought out by families with maternity capital. This is not true.” Instead, they were mostly empty with only the occasional elderly resident; realtors who had arranged the purchases struggled to recall the details of the purchasers. In Torzhok alone, Novaya reported that from 2014-2020, some 1,759 families used maternity capital to pay off debts and interest on a mortgage.

In response to Korotkov’s questions, one estate agent named Artem Ostanin said he “sold a lot of things” and that they were “apartments . . . in good condition,” while another, Andrei Gorshkov in Klokovo, merely stated that “perhaps” he had received funds sourced from maternity capital. Almost all the new homeowners are people on low incomes or are blacklisted by banks.

The maternity capital scheme was instituted in 2007 and was extended until 2026 last year. More than 8 million families have received the benefit since the program was launched.

Russian demographic trends have seen extraordinary challenges over the past century, having to overcome the loss of multiple millions of lives through the two world wars, a civil war, Stalin’s mass murders, and the “wild 1990s,” exacerbated by other factors such as alcohol abuse and a high HIV rate.

Experts question how much effect maternity programs can have. “Subsidies cannot impact the birth rate in any way. First, a low birth rate is registered not only among the poor but also among those financially able to raise another child,” said Russian demographer Anatoly Vishnevsky in a 2020 interview with Novaya Gazeta. He added: “There is no hope of resolving the birth rate problem in Russia.”

Over the past year, Russia has experienced a record population decline. Between October 2020 and September 2021, it fell by nearly a million (997,000, according to demographer Alexei Raksha: the “largest in peacetime” and “despite the fact that the birth rate has grown slightly over the past year.”)

Whether or not maternity capital has had a significant impact, it has undoubtedly helped ease some of the financial pressures of being a new mother, especially for the poor — even though the money is delivered in a corrupt manner and also benefits professionals who have no right to it. As always, Russia’s black economy finds a way, a very strange way.