Russia is having a presidential election this year. Right? Wrong. In fact, the Kremlin is staging a play about an election, rather than a real contest with real voters, real candidates, real competition and real doubt about the outcome. The performance will be realistically and expensively staged, with the characters in appropriate costumes, and plenty […] 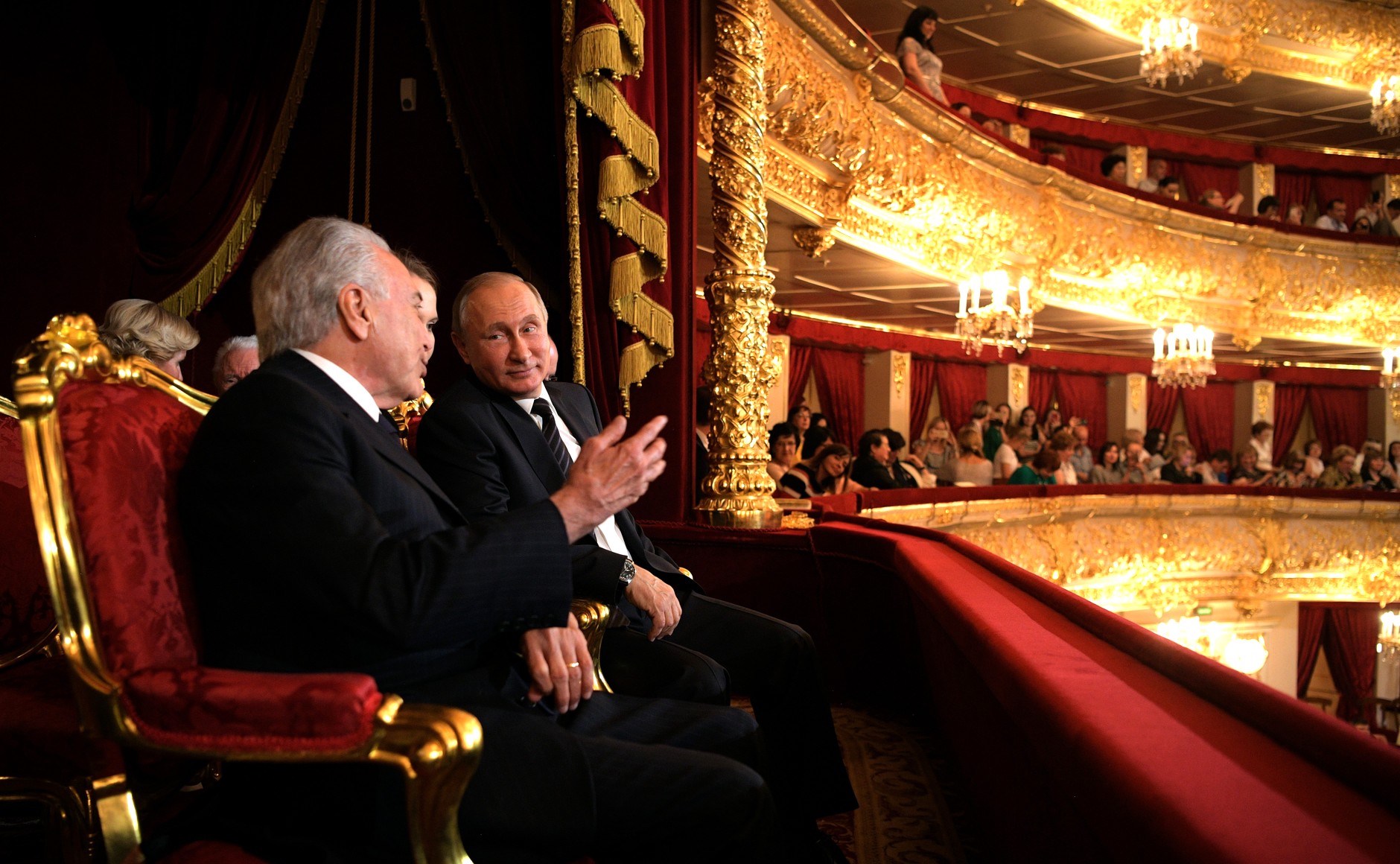 Russia is having a presidential election this year. Right? Wrong. In fact, the Kremlin is staging a play about an election, rather than a real contest with real voters, real candidates, real competition and real doubt about the outcome.

The performance will be realistically and expensively staged, with the characters in appropriate costumes, and plenty of expertly produced props. The acting will be excellent. Presumably we can expect some interesting plot twists and some feelings of suspense and uncertainty. The script is largely written; it is just that we do not know the details. The ultimate outcome is not in doubt: as the curtain falls, Vladimir Putin will start another term as president.

To call this macabre political theater an election is to degrade the political vocabulary. The most important feature of a real election is doubt. In a free political system, we do not necessarily know who the candidates will be; in the U.S. political system, the primaries are fiercely contested. We do not know how the candidates will perform. Even seemingly strong contenders, such as British Prime Minister Theresa May, can come badly unstuck in the course of a few weeks. Seemingly hopeless cases, such as the left-wing British opposition leader, Jeremy Corbyn, suddenly become popular. Least of all do we know who will win. Pundits opine and pollsters take their soundings, but the voters decide. When things go wrong, as they inevitably do, the courts decide. Nobody knows in advance how they will rule, either.

By conflating such real elections with phony ones, we hand a propaganda victory to the Kremlin. One of Moscow’s main talking points is that there is no real difference between the political systems of the West and authoritarian kleptocracies like Russia. We may have better PR about the rule of law, human rights and political freedoms, but in the end wealth and power are fungible. Rich people decide what happens. The people who run things get rich. Everything else is just decorative.

As with all propaganda, this contains an element of truth. Even in a well-run, free political system, incumbents do have an advantage. Money and media clout matter more than they should. Anyone who has the advantage of living as a citizen of a democracy should never it take it for granted.

But unfairness and imperfection are not the issue. Just as human beings are imperfect, so too are political systems. The real question is how you deal with the mistakes. Here the difference between Western political systems and the regime in Russia is blazingly clear. Hillary Clinton, perhaps the most privileged contender the American political system had seen in modern times, botched her campaign and lost. Some people in Donald Trump’s campaign had unwise links with Russia. They are now under investigation. Angela Merkel, Germany’s once-unshakable chancellor, misjudged the electorate’s mood on migration and is now on the way out. Other examples abound.

No such scrutiny and constraint applies to Putin and his sidekicks. True, Russian political careers can end abruptly; Alexei Ulyukaev, a former minister of the economy, was jailed for eight years on corruption charges last month. But such downfalls reflect the internal machinations of Kremlin clan politics, not the actions of an independent criminal justice system. The prosecution was a sham, just like Putin’s upcoming “re-election.”

Theater can be entertaining as well as instructive. We should follow Putin and the actors playing his rivals closely for clues about how power may be shifting behind the scenes in Russia. But do not mistake what you see on the stage for real life.