Russia: Sound and Fury Signifying Something 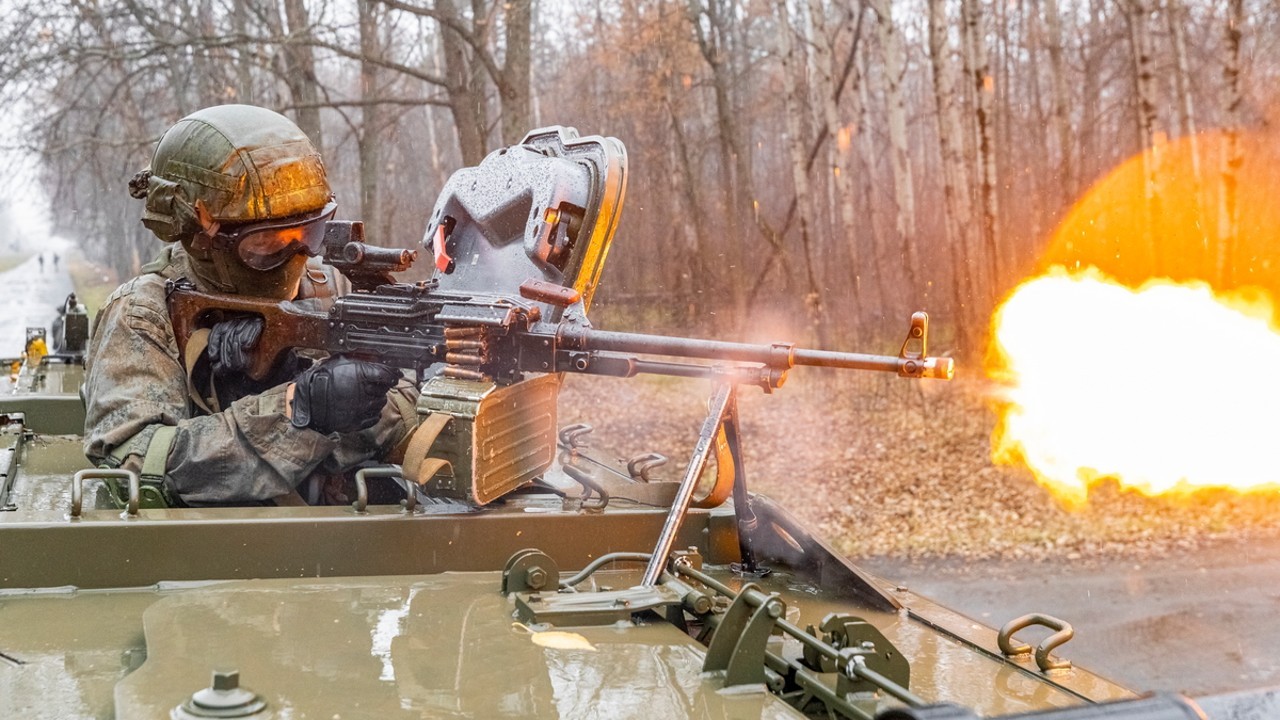 Photo: Special Forces of the Western Military District are practicing counter-sabotage actions in the rear of the mock enemy during exercise in the Tambov region. Credit: Ministry of Defence of the Russian Federation.

The deployment of troops and heavy armor tell a part of the story about Russia’s latest attempts to intimidate Ukraine and its allies. A growing cacophony of propaganda tells another, perhaps more alarming tale about the Kremlin’s intentions.

Russia’s propaganda operation, domestic and foreign, has significantly escalated in recent weeks. On November 10, the day Secretary of State Antony Blinken issued a warning about the military build-up, one of Russia’s media outlets published a story under the headline: “Russians watch as the United States prepares a special operation for Kiev in Donbass.” This language is typically used by the Kremlin whenever it is preparing an attack or responding to Western-imposed sanctions, or other measures. Dating back to Soviet days (remember the invasion of Czechoslovakia by half a million troops and 6,000 tanks was described as “fraternal assistance”), it is now a much louder and more professional operation, broadcast through the use of countless media outlets, social media, and some Western institutions made sympathetic by infusions of Kremlin cash.

The propaganda playbook consists of talking points repeated on Russia’s state media, propagandists, politicians, and other agencies working in a concerted effort to provide Russians with an account of what is happening. In this case, they have been preparing Russians for the prospect of imminent war.

These messages are further amplified by an increase in activity by bots (automated software programs) and trolls (online human provocateurs) on social media, which spread pro-Kremlin propaganda, disinformation, and fake videos or news. These are also used to target anyone calling for stricter measures against the Kremlin. None of this is new; these tactics have been used and refined to excuse egregious Russian misbehavior over the years including the invasion of Georgia in 2008, the invasion and annexation of Crimea in 2014, the Ukraine invasion of the same year, the chemical warfare attacks on Alexey Navalny in 2020 and Sergei Skripal and others in 2018, and the destruction of flight MH17, with the loss of 298 lives, by Russian forces in 2014.

The tone is set at the top of the Russian government. On November 22, Putin’s spokesman, Dmitry Peskov, said that reports of the troop build-up amounted to information warfare against his government. “This is whipping up tension and is another attempt to present Russia as the one threatening the process of settling the situation” in Eastern Ukraine, he said. “And of course we cannot rule out that this is cover for aggressive dreams that Kyiv may have. I mean aggressive dreams about a possible desire to solve the problem in the southeast by force.”

Others have echoed the drumbeat of impending conflict. The FSB intelligence services, for example, allegedly foiled a mass casualty attack by a Kazan teenager this month, stating that there was a “Ukrainian trace” to the plot, and explaining that a Ukrainian on the Telegram platform had encouraged the teenager.

Other Russian security agencies have joined in. The deputy head of Russia’s security council warned of increased risks and “provocation” of Russia by Ukraine in Russian-occupied Crimea. The threats to Ukraine are also increasing, with the SVR intelligence agency issuing a press memo warning of a “pre-2008 Georgia” situation, while accusing the US State Department of spreading false information about the concentration of forces and preparations for a further Ukraine invasion.

In addition, Secretary of the Security Council Patrushev issued a warning of an “Afghan scenario for Ukraine.” He continued: “At any moment, Ukraine could flare up so that millions of Ukrainians will run to seek shelter in other places.” Similarly, Russia’s top foreign policy expert, Fyodor Lukyanov, Chairman of the Council on Foreign and Defense Policy, stated that unless the US provides reassurance that Ukraine will be barred from NATO membership, the situation could develop much like events leading to Russia’s 2008 invasion of Georgia.

In the West meanwhile, some foreign policy commentators are arguing that Russia must be placated, at Ukraine’s expense. This began with a Politico article arguing that President Joe Biden should push Ukraine to “take painful steps toward compromise.” A former Obama-era official, Samuel Charap of the Rand Corporation, produced the eye-catching argument that Russia could not be deterred or beaten: “If coercing Russia into backing down were feasible, such unsavory compromises would not be necessary. But it’s not, and they are,” he wrote.

The piece article triggered a fierce debate across the Twittersphere and elsewhere. But the central fact was often missing — the feasibility of persuading Ukraine’s government to accept a US-brokered climb-down. At best, it would be difficult to convince a Ukrainian government to surrender its territory and possibly its future viability; and any such decision would risk severe civil disorder. It would also, of course, make true Putin’s contemptuous argument that modern Ukraine is merely a colony of the US. Interestingly, the Politico piece has been followed by several articles and tweets along similar lines, suggesting the US should not take risks for Ukraine.

Russia has also flooded social media with disinformation and influence campaigns, but its arguments are repeatedly parroted by respected US publications making apocalyptic claims. The Nation, for example, said that any conflict would have “the strong potential to escalate into nuclear war and the annihilation of most of humanity.” This dovetails exactly with Russia social media posts calling Ukraine a puppet state of the US, spreading fears of nuclear war, suggesting the US should force Ukraine to surrender territory because Russia has legitimate claims, calling NATO and the US the real threats to the global community, and stating that Ukraine is worthless, so why bother? Meanwhile, Russia’s propaganda outlets, like RT, offer op-ed slots to Western academics willing to make the desired points.

Putin’s propaganda and disinformation playbook is an established success, playing on a wide range of Western weaknesses, including societal division, anti-US sentiment, fear about the risks of determined political and military action, and a widespread acceptance of relativism which contends that no country’s policies are morally better than any other’s.

All the while, Russia continues to threaten the imminent invasion of a sovereign state which poses no threat, an act in direct contravention of numerous provisions of the United Nations Charter, which first states that the organization is “based on the principle of the sovereign equality of all its members.” That too goes unmentioned in this debate.