Participation of the President in the events marking the 30th anniversary of Ukraine's Independence. Credit: Presidency of Ukraine.
November 22, 2021

For the second time this year, President Vladimir Putin is risking war with Ukraine to destroy its independence, sovereignty, and territorial integrity. Earlier in the spring, he mobilized approximately 100,000 troops on the border but pulled them back a short (relatively speaking) distance while leaving their equipment in place.

Now he has again mobilized about 114,000 troops, including elite units, and U.S. intelligence is warning allies that a war might break out in the winter. Russia has also dramatically intensified its rhetoric and claims that it is under threat from Ukraine and the West. Indeed, Putin has told the Foreign Policy Board that Russia will keep making threats and raising tensions because only that deters the West from supposedly attacking Russia.

Despite statements by both French and American leaders of their “ironclad support”  for Ukraine’s sovereignty and integrity and signals of increased British and other European support, a new article in Politico by Samuel Charap of the Rand Corporation now advocates what can only be called a policy of US appeasement. What is particularly troubling is that it is widely believed within the Beltway that the article is a trial balloon floated by members of the Biden Administration to justify a preemptive deal with Putin at the expense of Ukraine. To avoid war, Charap advocates forcing Ukraine to make concessions on the basis of the 2015 Minsk accords, which Russia itself has never lived up to.

There should be no doubt about what this would involve. As Charap states, Minsk was “a victor’s peace, essentially imposed by Russia on Ukraine at the barrel of a gun.” In return for a still-undelivered peace with Russia, Ukraine was required to become a de facto confederacy with (supposedly rebel) forces in Donbas gaining a special status that gave the Kremlin a permanent lever with which to destroy or paralyze the Ukrainian state. Neither country ever accepted the terms of this agreement; Russia kept its troops and heavy weapons close to the frontline, a straightforward violation of the agreement, while Ukraine has refused to commit national suicide.

Putin is furious that Ukraine will not comply and has become much stronger and more cohesive, with a reasonably popular president and a battle-hardened military. Moreover, the fact that Ukraine has won much stronger American and European support, that NATO has begun to rearm, to make its presence felt in the Black Sea, and supposedly threaten Belarus, has infuriated Putin and his lackeys. While Russia’s president may exude confidence as he and his acolytes repeatedly claim that Europe is weak, decadent, and corrupt, in fact, recent developments, however insufficient they may be, expose the falsity of such claims.

This creates a troubling set of problems for Russia and its Belarusian sidekick. Aliaksandr Lukashenka has no alternative in Belarus other than to provoke Europe still further or sign away his independence to Russia, which meanwhile recognizes that the tide is now running against it. A sure signal is the lengthening list of demands behind the threats of war:

In other words, Russian demands go far beyond coercing Ukraine into the termination of Ukraine’s nationhood. What it seeks is nothing less than the dismantling of the post-Cold War settlement. This would grant Putin the ability to act abroad as he does at home, i.e. with total autocratic freedom. The international rules-based order would end and the new central pillar of global activity would be might makes right.

These would be the consequences of following Charap’s advice. And what would be the benefits? It is suggested that it could bring a limited agreement on cybercrime or climate change, a tradeoff that makes little sense. Since Russia’s government has close ties to organized crime groups at home and abroad, and since it runs criminal hacking groups, agreements on cybercrime are mere scraps of paper to be revoked whenever it suits the Kremlin. As for climate change, its urgency does not justify consigning millions of free people to Russian oppression and, as Putin’s refusal to attend the COP26 conference shows, the country retains a huge reliance on — and love for — the political and economic power of hydrocarbons. The Kremlin will no more abandon its oil and gas reserves than it would nuclear weaponry.

The surrender of Ukraine to Russia would be disastrous for the West. Like Catherine the Great, Putin is already implicitly claiming that he cannot defend his frontiers without expanding them, so Ukraine would hardly be his final territorial demand in Europe.

Russia’s demands now eerily resemble Hitler’s on Czechoslovakia in 1938, but unlike Europe in 1938, the collective strength of the Transatlantic Alliance far surpasses Russia’s. To heed the calls for appeasement would be, to quote the 19th-century French statesman, Talleyrand, worse than a crime, but rather a (tragic) mistake.

The fact that this even needs to be said is extraordinary, but it seems necessary: If the US accedes to this blackmail, it will be the first step toward the destruction of the European status quo and the acceptance that Russian threats of war are a greater policy imperative than long-standing American guarantees in Europe and beyond Europe, the strengthening of Russian despotism that provides imperial circuses while failing to provide bread and even, as the course of the pandemic makes clear, public health.

As in 1938, making such an agreement would open the road to new aggression and threats of war while undermining the ideal of a Europe whole and free, while actually making war more likely at a future point where their resolution and capabilities will be further eroded.

If indeed, the U.S. position is to sell out Ukraine, like Britain in 1938 it will be confronted, as Churchill said, with the choice between dishonor and war. And now, just as then, having chosen dishonor it will have war nonetheless. We can certainly do better than to mindlessly re-enact the follies and tragedies of the past.

Photo: Ukrainian military marches during the participation of the President in the events marking the 30th anniversary of Ukraine's Independence. Credit: Presidency of Ukraine. 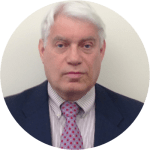