Exposing a History of Subversion Well before the term “hybrid war” was coined, the Kremlin pursued a strategy of subverting and seizing the territories of former satellites. Moscow’s approach to its neighbors is an international variant of the “salami tactics” applied by communist regimes to divide and eliminate domestic political opposition. Through a combination of […] 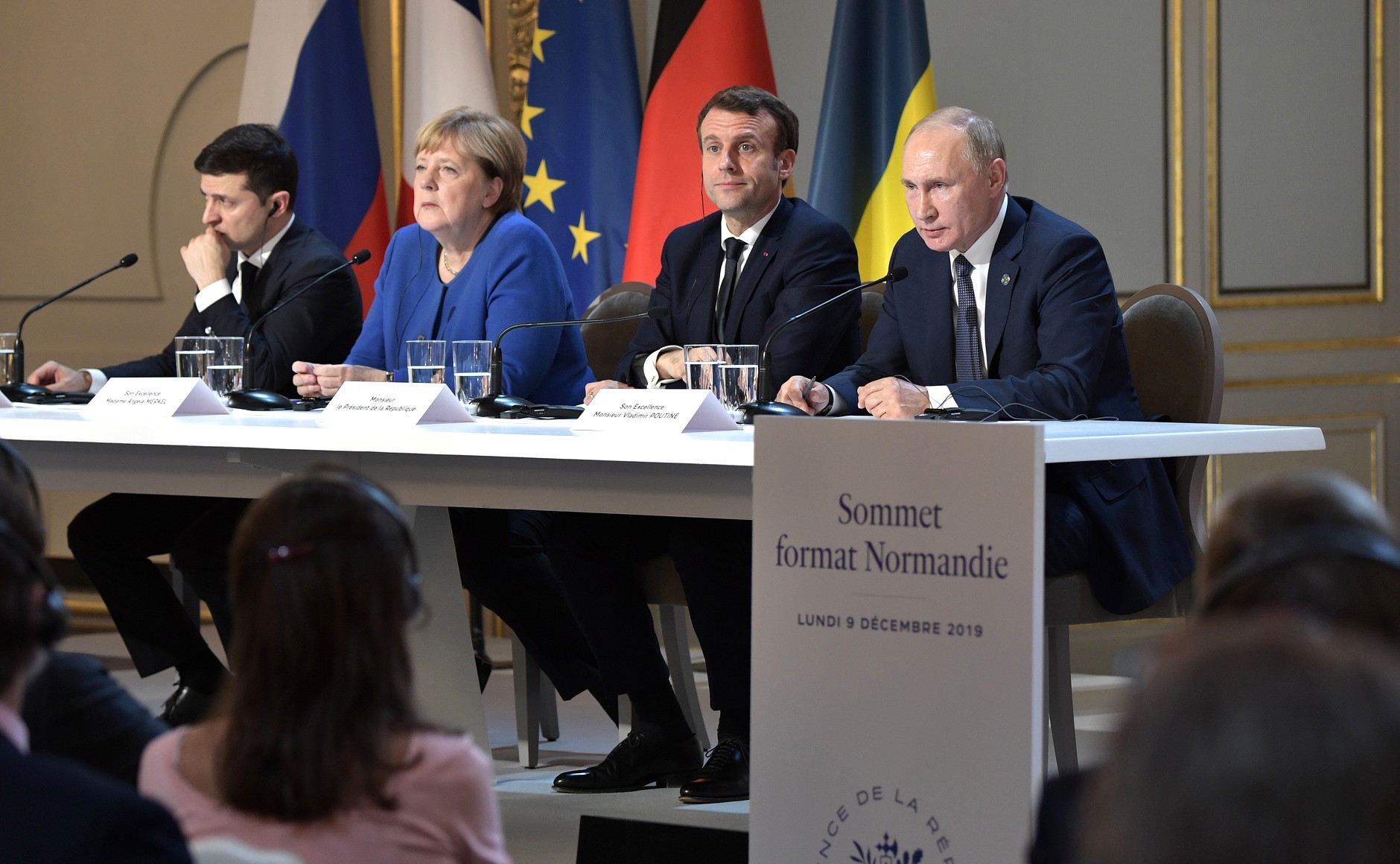 Exposing a History of Subversion

Well before the term “hybrid war” was coined, the Kremlin pursued a strategy of subverting and seizing the territories of former satellites. Moscow’s approach to its neighbors is an international variant of the “salami tactics” applied by communist regimes to divide and eliminate domestic political opposition. Through a combination of targeted disinformation, diplomatic lawfare, and military action, Russian officials have been successful not only in carving up neighboring states but also in manipulating international players to legitimize their conquests.

Moscow exploits the diplomatic vulnerabilities of weaker neighbors. Ukraine is the most recent target, as evident in the meeting in Paris between Ukrainian, Russian, German, and French heads of state on 9 December, but without U.S. involvement. President Vladimir Putin is trying to hoodwink EU leaders into believing that peace in Ukraine can only be achieved through unilateral concessions by the besieged party. Moscow exploits French President Emmanuel Macron’s intent to “normalize” relations with Russia and ease Western economic sanctions. France was duped before when President Nicolas Sarkozy accepted a failed plan to restore Georgia’s territorial integrity after Russia’s invasion in August 2008. Ukraine’s President Volodymyr Zelenskyy has thus far resisted Moscow’s diplomatic pressure and French appeasement.

Negotiations over secessionist territories are prolonged to enable rebel forces to consolidate their control and disguise Russia’s involvement. This has been the case with the long-drawn-out Minsk and Normandy process over the future of Russian-occupied parts of Ukraine’s Donbas region. Such delays become a public relations success for Moscow as they give credibility to proxy regimes and distract attention from the primary cause of the conflict – Russia’s attack on an independent state.

International agreements may be manipulated, blocked, or simply ignored, such as the 1994 Budapest Memorandum ensuring Ukraine’s security. Instead, Moscow has deployed thousands of troops in Ukraine’s Donbas while vehemently denying their presence. The Kremlin previously disregarded the 2002 deadline to withdraw all troops and military equipment from Moldova’s Transnistria region. Despite pledges to the Organization for Security and Cooperation in Europe (OSCE) over 1,000 Russian troops are illegally stationed in a country which has declared its neutrality.

In the case of Crimea, the Kremlin has sought to delegitimize Ukraine’s legal control over the peninsula by falsely claiming that the territory historically belonged to Russia and was illegally transferred to Ukraine by the Soviet government. Moscow is selective as to which communist-era agreements it respects and which it disregards. If the Crimea principle were applied across the Russian Federation then numerous regions would have the right to rejoin neighboring states or claim independence, including Kaliningrad, Karelia, the North Caucasus as well as the Middle Volga republics, Tuva, the Kurile Islands, and territories annexed from Estonia, Latvia, Kazakhstan, and other states.

Moscow has also endeavored to delegitimize Georgia’s territorial integrity by declaring the independence of Abkhazia and South Ossetia after seizing them in August 2008. None of Russia’s neighbors have recognized these pseudo-states fearing that this could set precedents for their own partition. The Kremlin could also annex South Ossetia outright by claiming “popular unification” with North Ossetia – already a part of the Russian Federation.

A more comprehensive form of state delegitimation revolves around Kosova, which has been recognized as independent by a majority of EU and NATO states and members of the UN General Assembly. Russia has used various instruments, including the denial of UN membership, to disqualify Kosova. Indeed, the UN Security Council can be considered a hub of lawfare in which expansionist authoritarian powers such as Russia and China endeavor to neutralize the influence of the United States and other democratic states.

Another form of Moscow’s international lawfare is the attempted blockage of NATO enlargement. Kremlin officials conduct campaigns against the sovereign choice of each state to enter international organizations. The obstruction of NATO entry through pressured diplomacy, propaganda, threat, and direct action undermines the independence of aspirant countries. The most blatant example was the Russian-organized coup against Montenegro’s government in October 2016.

Given these international salami tactics designed to weaken targeted states and international institutions, any “special status” afforded to the occupied parts of Luhansk and Donetsk oblasts would curtail Kyiv’s independence. If it provides Russia’s two proxy regions with elevated representation in Ukraine’s parliament then in effect Russia can obstruct key legislation and freeze the country’s Western progress.

Moscow is not seeking a durable peace treaty between its surrogates and the Ukrainian government. It is intent on slicing up Ukrainian land, dividing its society, and fomenting instability. The Kremlin views the Normandy process as a way to further undermine Ukraine by legitimizing the Russo-Donbas entity or sparking widespread public opposition that weakens Zelenskyy. In either scenario, the Ukrainian government would be paralyzed and the country diverted from Western integration.

Photo: “Joint press conference following the meeting in the ‘Normandy format'” by the Kremlin under CC BY 4.0.