It’s Costing Peanuts for the US to Defeat Russia

The cost-benefit analysis of US support for Ukraine is incontrovertible. It’s producing wins at almost every level. 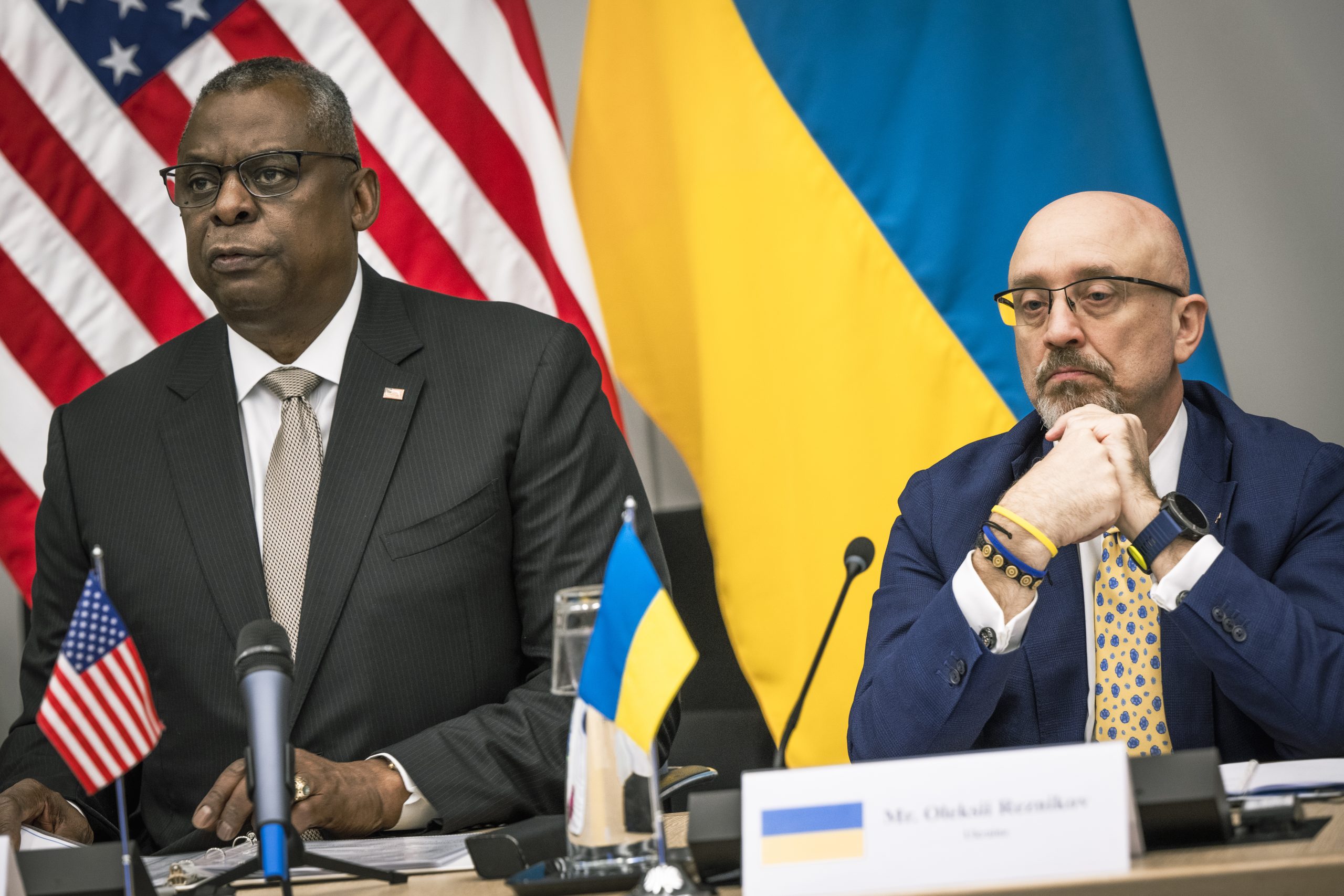 Photo: Secretary of Defense Lloyd J. Austin III and Ukrainian Minister of Defense Oleksii Reznikov at the sixth meeting of the Ukraine Defense Contact Group at NATO headquarters, Brussels, Belgium, Oct. 12, 2022. This is the the sixth such meeting of defense leaders from around the world since Russia’s unprovoked and unjustified invasion of Ukraine. Credit: DoD photo by Chad J. McNeeley

Former President Trump, and others in the US including some Democrats as well as Republicans, have criticized continued US support for Ukraine in its war with Russia. They have called for military and financial support to Ukraine to be cut, even ended. They downplay the risk from Russia and argue that the money should be spent at home.

Yet from numerous perspectives, when viewed from a bang-per-buck perspective, US and Western support for Ukraine is an incredibly cost-effective investment.

Altogether, the Biden administration received Congressional approval for $40bn in aid for Ukraine for 2022 and has requested an additional $37.7bn for 2022. More than half of this aid has been earmarked for defense.

These sums pale into insignificance when set against a total US defense budget of $715bn for 2022. The assistance represents 5.6% of total US defense spending. But Russia is a primary adversary of the US, a top tier rival not too far behind China, its number one strategic challenger. In cold, geopolitical terms, this war provides a prime opportunity for the US to erode and degrade Russia’s conventional defense capability, with no boots on the ground and little risk to US lives.

The Ukrainian armed forces have already killed or wounded upwards of 100,000 Russian troops, half its original fighting force; there have been almost 8,000 confirmed losses of armored vehicles including thousands of tanks, thousands of APCs, artillery pieces, hundreds of fixed and rotary wing aircraft, and numerous naval vessels. US spending of 5.6% of its defense budget to destroy nearly half of Russia’s conventional military capability seems like an absolutely incredible investment. If we divide out the US defense budget to the threats it faces, Russia would perhaps be of the order of $100bn-150bn in spend-to-threat. So spending just $40bn a year, erodes a threat value of $100-150bn, a two-to-three time return.  Actually the return is likely to be multiples of this given that defense spending, and threat are annual recurring events.

The US military might reasonably wish Russia to continue deploying military forces for Ukraine to destroy.

Meanwhile, replacing destroyed kit, and keeping up with the new arms race that it has now triggered with the West will surely end up bankrupting the Russian economy; especially an economy subject to aggressive Western sanctions. How can Russia possibly hope to win an arms race when the combined GDP of the West is $40 trillion, and its defense spending amounting to 2% of GDP totals well in excess of $1 trillion when the disproportionate US defense contribution is considered? Russia’s total GDP is only $1.8 trillion. Vladimir Putin will have to divert spending from consumption to defense, risking social and political unrest over the medium term, and a real and soon-to-be present danger to his regime. Just imagine how much more of a bargain Western military aid will be if it ultimately brings positive regime change in Russia.

Second, the war has served to destroy the myth that Russian military technology is somehow comparable to that of the US and West. Remember that Ukraine is using only upgraded second generation US technology but is consistently beating whatever Russia’s military can deploy. Wars are shop windows for defense manufacturers; any buyer in their right mind will want the technology made by the winner. Putin’s misjudgment has merely provided a fantastic marketing opportunity for its Western competitors.

Note also that the war is also pushing NATO partners to quickly increase spending to the 2% of GDP and above target. Given the US’ technological advantage in defense equipment, a sizeable share of this additional military outlay will be spent on US equipment.

The Ukrainians are also showing remarkable innovation in their own defense, improving the performance of equipment in battlefield conditions, which again brings technological advantages to the US defense sector.

Third, the revelation that Russia’s defense industry is something of a Potemkin village also generates other strategic and diplomatic wins for the US. Countries eager to secure defense capability to meet their own threats – think of Turkey, India, Pakistan, Egypt, and Saudi Arabia — might have opted for cheaper, “value” Russian defense offerings. However, with the quality/capability of this equipment now being questioned because of poor battlefield performance, they will likely be vying to acquire a better US kit. But this will require improved diplomatic relations. This is currently evident in the improved US–Pakistan relationship, with Pakistan securing upgrade kits for its F-16s.

Fourth, helping Ukraine beat Russia surely also sends a powerful signal to China that the US and its allies are strong and determined when challenged on issues of core importance. This may raise questions in the minds of Xi Jinping and the People’s Liberation Army generals about their ability to win a conflict against countries armed with US/Western military technology, for example in Taiwan. Surely Russia’s difficulty in winning the war in Ukraine will cause second thoughts in China about the wisdom and perhaps the viability of efforts to conquer Taiwan.

Fifth, the war in Ukraine is encouraging and accelerating the energy transition in Europe, but also Europe’s diversification away from Russian energy. Europe is desperately trying to source alternative energy supplies, and US liquefied natural gas (LNG) is proving to be the obvious beneficiary.

In conclusion, on so many levels, continued US support for Ukraine is a no-brainer from a bang for buck perspective. Ukraine is no Vietnam or Afghanistan for the US, but it is exactly that for Russia. A Russia continually mired in a war it cannot win is a huge strategic win for the US.

Why would anyone object to that?