We must ensure that oil is never used as a weapon against the United States or its allies. It is time to think outside of the box 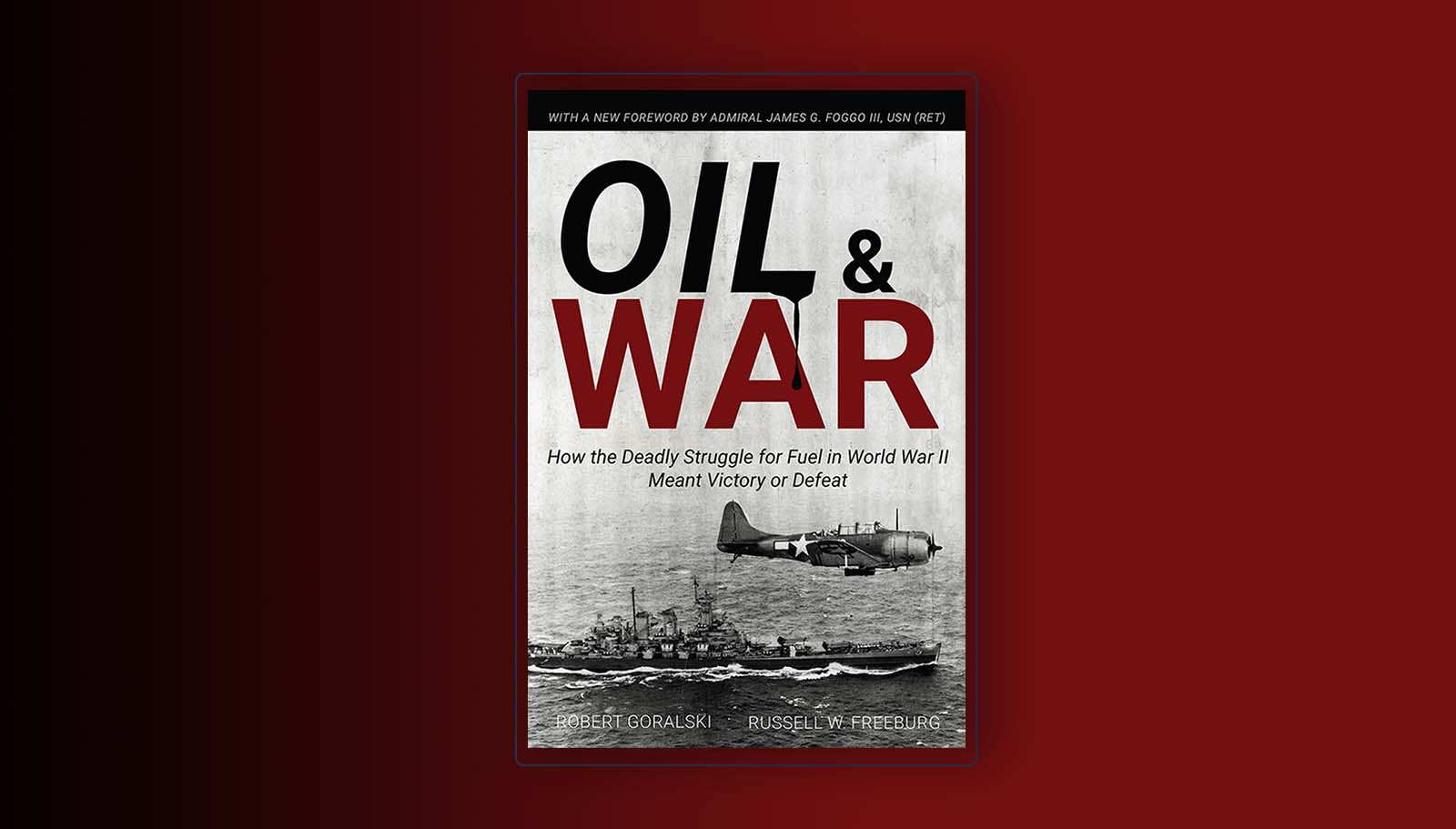 “Oil & War: How the Deadly Struggle for Fuel in WWII Meant Victory or Defeat” by Robert Goralski and Russell W. Freeburg.

“Those who cannot remember the past are condemned to repeat it” – George Santayana, The Life of Reason, 1905.

Throughout my almost 40-year career in the United States Navy, I was often reminded of this quote from George Santayana, whereby the corporate memories of our collective national leadership are often short-sighted. For this reason, my hat is off to Marine Corps University for its decision to reprint the book “Oil & War: How the Deadly Struggle for Fuel in WWII Meant Victory or Defeat”, written by Robert Goralski and Russell W. Freeburg.

The late NBC News correspondent Robert Goralski saw service with the US Navy in the Pacific during World War II. He later covered the Korean and Vietnam conflicts as a newsman. He is the author of “World War II Almanac, 1931–1945” and wrote and lectured on military affairs and energy. He died in 1988 in McLean, Virginia.

Russell W. Freeburg served in the European theater of World War II with the US Army. He fought with the Eighth Armored Division in the Ardennes, Rhineland, and Central Europe campaigns. After the war, he became a journalist and was the Washington bureau chief and managing editor of the Chicago Tribune.

This book is extremely well-researched and written in a style that appeals to historians, researchers, and warfighters alike. It begins with Germany’s post-World War I evolution from a near-failed state with a disastrous economy and massive inflation to a nation determined to punish the Western powers that had exacted significant war reparations and military restrictions. Adolf Hitler and the Third Reich focused on expanding Germany’s span of control in eastern Europe before moving against France, the United Kingdom, North Africa, and finally the Soviet Union.

As I think about “Oil and War” and how the lessons of the past pertain to our future, I am convinced that allied nations must stay on course towards energy independence. As I look across the last four decades, I am reminded that each winter in Central and Eastern Europe, in the face of bitter cold, elected leaders are faced with a Catch-22: pay the exorbitant price for Russian oil and gas (and perhaps make other concessions), or freeze. This is just another form of hybrid warfare.

We need more innovation and diversification in our energy resources and infrastructure. Hydrocarbons and fracking are not the only answer. Research, development, and investment must continue in renewable means of energy production, including wind, solar, hydroelectric, and, yes, nuclear power. Other nations have done this safely, and so can we. Civilian industry can do the same. We must ensure that oil is never used as a weapon against the United States or its allies. It is time to think outside of the box.  I recommend this book to you. The first re-printing sold out, but Marine Corps University has made it available for free online.