Expect the new government in Berlin to team up with France to press Europe to crack down on platforms and pursue digital sovereignty. 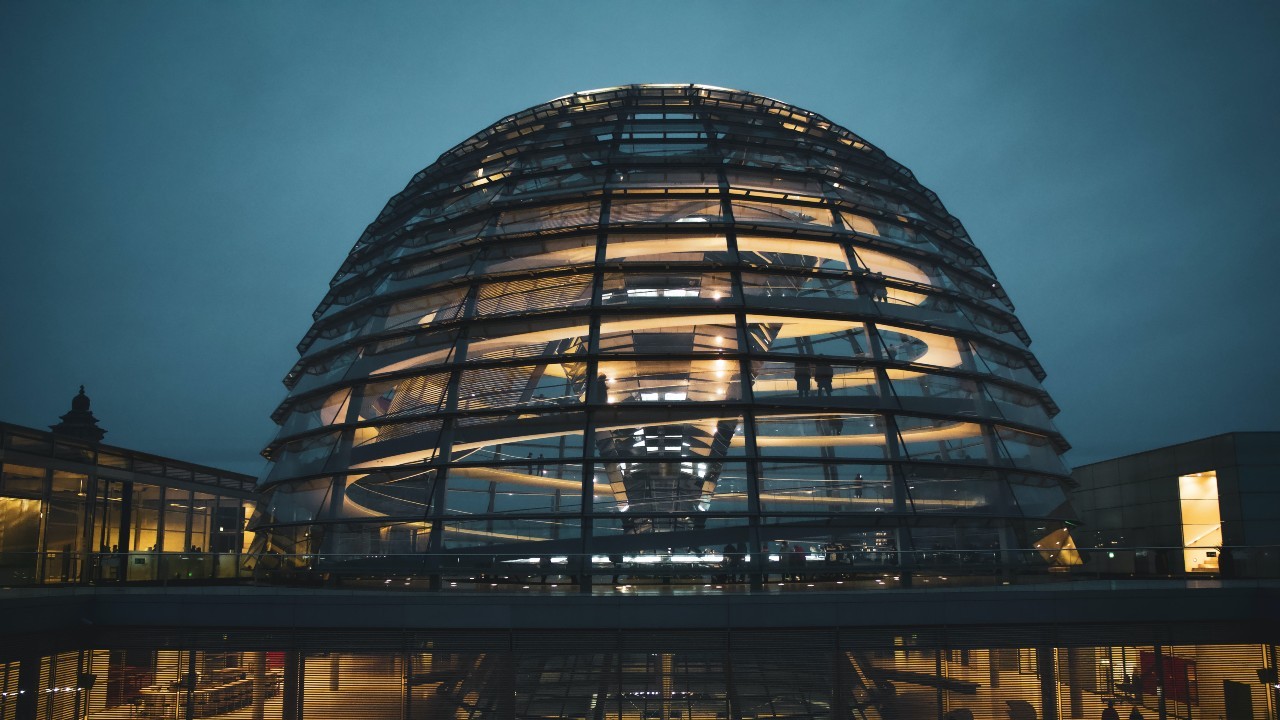 Photo: Dome of the German Bundestag on top of the Reichstag. Credit: Christian Lue / Unsplash

Showtime at the TTC: The EU and US Spar on Tech Made in America, Made in France: Protectionism Threatens the Atlantic Tech Alliance TRACKING TECH POLICY: Transatlantic Efforts To Regulate the Net US-EU Seek Trade and Tech Council Wins – Despite Mounting Tensions US Midterm Fallout: What Lies Ahead for Tech? America Needs a Bold New Cyber Strategy Russian Search Giant Yandex Struggles to Survive
Explore

The Social Democrats, Free Democrats, and Greens announced on October the launch of formal coalition talks. Social Democratic leader Olaf Scholz is poised to take over as Chancellor. His party promotes a big boost in government spending on digital businesses – from quantum technology to semiconductor production. The goal is to promote European alternatives to Big Tech in cloud computing, semiconductors, and other key areas. In a joint announcement, the parties said they want to “take the initiative” to build a “European digital infrastructure.”

Expect the coalition to also push for tighter European regulations. Christine Lambrecht, the current Justice and Consumer Protection Minister, and a Social Democrat, recently called for imposing stiff liability requirements on platforms in the upcoming Digital Services Act (DSA) – one of the EU’s flagship regulations to mitigate the power of Big Tech.  Specifically, she and her Danish colleague said “online platforms must take all reasonable technical and organizational steps to prevent illegal content relating to the sale of goods and services from becoming visible to consumers on their platforms.”

This position goes much further than the original European Commission proposal. It makes marketplaces responsible for the products sold by their merchants and social media platforms liable for the speech of their users.

To be sure, Germany long has sought to reign in what it perceives as Big Tech’s excesses. The outgoing government led the push for online privacy protections that resulted in Europe’s pathbreaking General Data Protection Regulation. It enacted the Network Enforcement Act known as NetzDG, arguably the democratic world’s strongest attempt to block illegal speech on social media. And it led the way to overhaul the German Competition Act, giving antitrust enforcers new powers to reign large digital platforms based on their predicted future behavior.

With these actions, Germany believes it sets a high bar for European digital policy. It has passed national regulations with a similar scope as key proposals currently debated on the EU level – such as the DSA and the Digital Markets Act (DMA), designed to regulate digital “gatekeepers.” In its preliminary coalition agreement, the German parties said they will “strive for fair competition between business models of large digital companies and locally-rooted enterprises.”

At the same time, Germany fears becoming a digital laggard. Outgoing Chancellor Angela Merkel made fixing Germany’s slow pace of digitization a priority of her final term, saying the country’s “future prosperity” depends on it.

Considerable gaps remain. Only 4.7 percent of German broadband connections are carried on fiber optic – compared to between 69 and 75 percent of Swedes, Lithuanians, or Spaniards, according to OECD data.

Merkel’s outgoing government pushed for more digital sovereignty in cloud computing. Germany is a leading proponent of Gaia-X, Europe’s attempt to set up privacy-sensitive European standards for the cloud. It remains unclear whether this represents a disguised push to force data to be stored in Europe on European-owned servers.

Post-Merkel, the Social Democratic-led new ruling coalition will look to continue and strengthen the desire for Europe to chart its own digital path, distinct from the US and China. The Social Democrats have made “digitally sovereign Germany and Europe” one of four policy priority areas.

The new government’s coalition partners may temper some of these ambitions. They are critical of what they say is a “forerunner-approach” and prefer to address issues of digital policy on a European rather than on a national level.

The resolutely pro-European Greens would push Brussels to set strong international standards on digital business. But the FDP, which made digitalization one of their key priorities during their election campaign, is skeptical. it opposes an onerous liability regime for digital platforms.

While these coalition partners may slow Germany’s rush to tech regulation and protectionism, don’t expect the new government to join with other pro-digital free-market minded Northern Europeans such as Estonia and Ireland. Expect instead the new government in Berlin to team up with France to press Europe to crack down on platforms and pursue digital sovereignty. And when Germany and France take the steering wheel, the rest of Europe often become passengers.