Rhodes discusses both the “fall” of American diplomacy, democracy, and influence around the world, as well as the rise of authoritarianism. 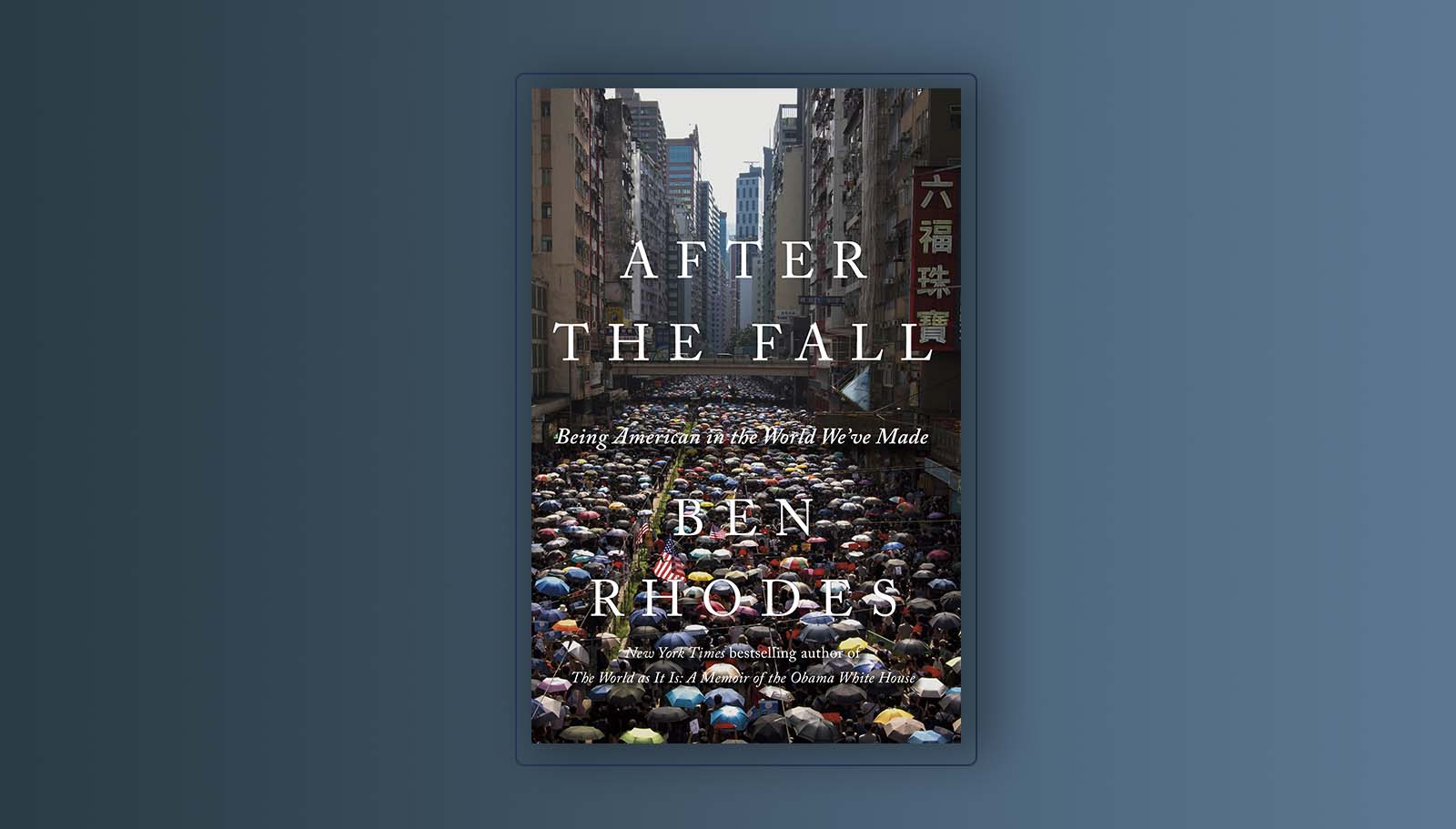 “After the Fall: Being American in the World We’ve Made” by Ben Rhodes

In “After the Fall”, Ben Rhodes, former Deputy National Security Advisor for Strategic Communications and Speechwriting under President Obama, compiles short personal experiences and narratives with a breadth of interviews spanning the globe to create a book that is both chilling and profoundly inspiring. He discusses both the fall of American diplomacy, democracy, and influence around the world, as well as the rise of authoritarianism in its wake, as he tries to reckon with the many difficult truths about current America.

Rhodes discusses a variety of events that he believes have led to our current situation: 9/11 and the war in Iraq, the end of the Cold War, the rise of China on the global stage. Each one provides a personal account of events from Rhodes’ point of view and those of his interviewees creating a unique and intimate account of cause and effect.

“The unintended consequences of our forever war go far beyond the creation of more terrorists and perpetuation of more war. This enterprise has also set a particular kind of example while defining America anew in the eyes of the world — an example that has been a gift to the forces of authoritarianism and nationalism, and an albatross around the neck of values that America is supposed to represent.”

In his interviews with Zhanna Nemtsova, daughter of murdered Russian politician Boris Nemtsov, and current opposition politician Alexey Navalny, we get a sense of their personal fight for democracy in Russia that gives readers a unique perspective on global events. While the tone is almost always somber, Rhodes mixes in lighthearted stories as well. We hear him discuss the meeting between Obama and Putin in 2014 after the invasion of Crimea, and how moments later Rhodes accidentally tries to open the, thankfully, locked bathroom door occupied by Queen Elizabeth II, who was not pleased.

Toward the end, Rhodes writes a simple sentence that encapsulates his hope for American democracy and leadership in the future: “American democracy doesn’t offer us immunity from human fallibility, but it does offer second chances.”

This is an inspiring book and ultimately creates that most American of sensations — hope for the future.