Transcription rules are not neutral. They reflect power relationships. 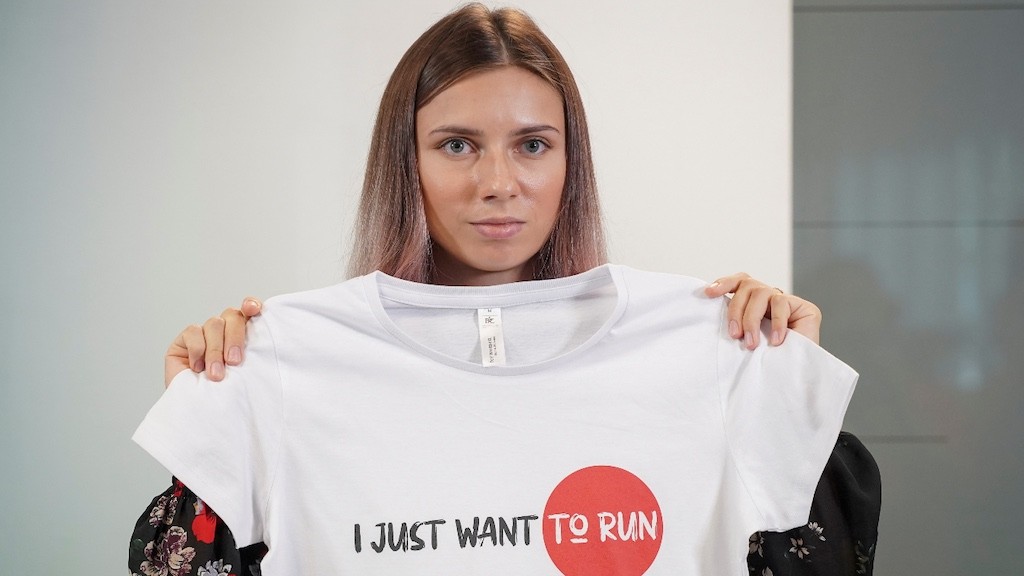 Behind the Lines: Russian Soldiers Seize Ukrainian Homes Iran vs. the People: A Test of Legitimacy Western Elites — Rubles Bought (Some of) the Best What’s a Russian? Rebuilding Ukraine: A Historic Plan for Congress Russian Media in Exile and Latvia: The Limits of Free Speech Understanding Islamic Education in Russia: The Struggle over Identity and Belonging in Russia’s Muslim-Majority Regions
Explore

“Krystsina Tsimanouskaya” says Reuters, “Krystina Timanovskaya” says the BBC. The world’s media cannot decide how to transcribe the name of the Belarusian athlete who fled Tokyo and is now safe in Poland.

The transcription problem may seem trivial but it is not. It is emblematic of much deeper problems, including the fragility of Belarusian national identity, the depth of Russia’s influence, and the West’s ineffective, orientalist approach.

The rules about how you write things down are not a dry question of linguistics. They are a powerful expression of political power. The extreme case is replacing one alphabet with another. The Turkish leader Kemal Atatürk changed Arabic for a modified Latin alphabet as part of his modernization drive in 1928. The Tsarist regime banned Lithuanian-language printing in 1865. Stalin imposed Cyrillic in Tatarstan in 1939. Such moves are not just demonstrations of power. They limit access to the past. Within a generation, anything written in the old script is inaccessible to ordinary readers. Reversing the process is hard, though Mongolia is trying to restore its ancient alphabet, displaced by Cyrillic in 1946.

A second question is how you transliterate from one alphabet into another. This is inherently complicated. The same Arabic, Chinese or Russian word can have several renderings in English.

A particular problem comes in languages that use diacritical marks or “non-standard” letters such as the Icelandic thorn (Þ) and eth (ð). Thanks to the huge and unselfconscious privilege of the international media, some languages are considered worthy of having their full character set, whereas others are not. The (London) Times rules for writers and editors state that “French, Spanish, Portuguese, German, Italian, Irish and Ancient Greek words” should have their “proper accents and diacritical marks”. That may seem odd, given that there are only 1.2m Irish speakers and about 40m people speak Polish. But the Irish-speakers are more likely to read the Times. Editors generally worry more about making life easier for readers than they do about their epistemic privilege.

When reporting Belarus, Western arrogance and Russian colonialism intersect. Russification under Soviet (and before that Tsarist) rule meant that even inside the country, many names for places and people are commonly rendered in Russian. So the opposition leader is Светлана Тихановская, transcribed as Svetlana Tikhanovskaya in English or Swetlana Tichanowskaja in German. In Belarusian, however, she is Святлана Ціханоўская, transcribed in English as Sviatlana Tsikhanouskaya or German as Swjatlana Zichanouskaja.

Belarus has not standardized transcription rules into other languages, so you may also see her name written as Svyatlana. Just to make things even more complicated, there are two different versions of written Belarusian too, the commonly used Soviet-era version, and the older, purer but rarer Taraškievica.

All this helps explain why the Kremlin and the regime in Minsk are doing well, while the opposition is getting nowhere and the West is doing so little to help. Mrs. Tsikhanouskaya gamely travels around foreign capitals collecting photo-ops. Her welcome is warm but empty. The pictures are fine, but we lack the words to go with them — not least because we do not know how to spell Belarusian names, or why it matters to get them right.

Meanwhile, brave Belarusians are being sentenced to lengthy terms in jail or meeting untimely deaths abroad, like the Kyiv-based activist Vitaly Shishov (as the media mostly calls him – though in Belarusian his name would be Vital Shishou).

And Vladimir Putin (a name Westerners find easy to spell) is getting what he wants: ever-closer military and security ties. He doesn’t bother about Belarusian spelling rules. The people he deals with all speak Russian anyway.