What Next For Sandu?

After her electoral victory, Moldova’s new president will seek to fend off old guard opponents as she sets a European path for her country. 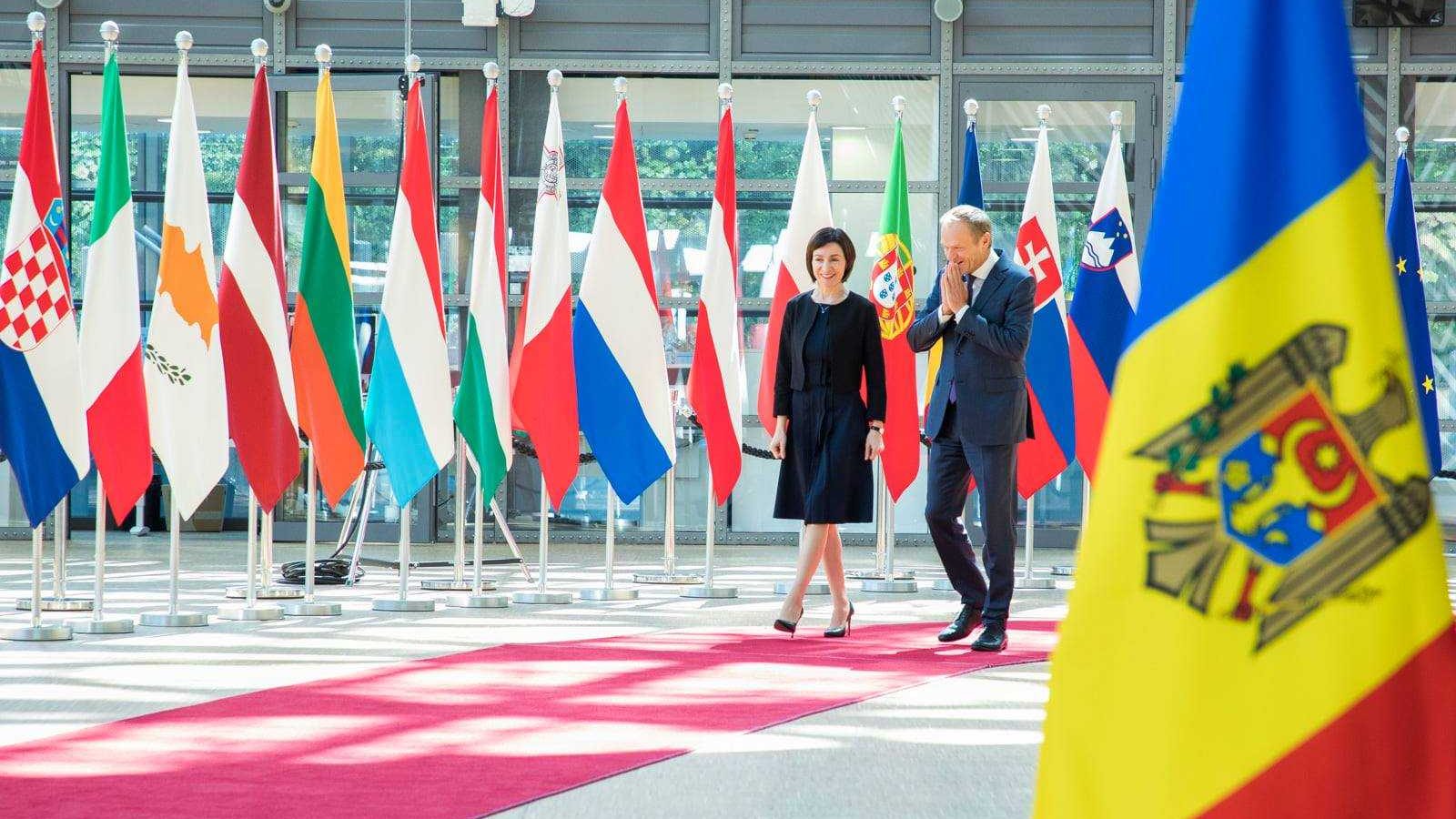 After her electoral victory, Moldova’s new president will seek to fend off old guard opponents as she sets a European path for her country.

As Moldova’s new pro-European president Maia Sandu prepares for her inauguration later this month, she knows that she will face significant challenges in pushing for reforms necessary for further European integration because she lacks a parliamentary majority.

Following her victory in presidential elections last month, Sandu will be able to do much to improve relations with Brussels, which were undermined by her pro-Russia predecessor Igor Dodon. But to achieve lasting success, she will have to prioritize efforts to trigger early parliamentary elections to unseat Dodon’s governing Socialist-led political alliance which has done its best to frustrate the reform process.

Her priorities resonate with many Moldovans. All opposition forces backed her call for anti-government demonstrations in Chisinau this past weekend. These were triggered by an early sign of the resistance Sandu faces: a new law transferring oversight of the intelligence services from the president to parliament, over which Sandu has no control. Some 50,000 protesters demanded the resignation of the current administration and swift elections.

In seeking to push back the influence of parties in the governing coalition – led by the pro-Russia Socialist Party, PSRM, with backing from the parliamentary bloc For Moldova (headed by fugitive Moldovan oligarch Ilan Shor) – she will no doubt further unsettle Moscow. However, Sandu is an astute politician and diplomat, alert to the sensitives of Moldova’s sizeable Russian-speaking community, and will want to seek to rebalance relations with Russia over time. Her post-victory call for Russian peacekeepers to be pulled out of breakaway Transnistria, bold as it was, was likely meant more as an objective than an immediate demand.

Putin, for his part, seems willing at least publicly to work with Sandu and would not wish to immediately punish Moldova for its choice of leader, as he will want to keep the country close. Nevertheless, there is little doubt that the Russian leader will be working behind the scenes to support Dodon and his political allies in resisting the new Moldovan president’s attempts to make the country’s political, judicial, and economic system more transparent.

Ever since signing an Association Agreement with the EU in 2014, Moldova has struggled to come up with and implement reforms required by the bloc to curb high levels of corruption and generally strengthen the rule of law. While pro-Russian politicians opposed to the country’s westward orientation have blocked the reform process, a number of them, along with some professed pro-European politicians, have resisted simply to protect their business and financial interests.

Last year, during her brief term as prime minister, Sandu tried to make headway with progressive legislation, but these moves were stalled by a combination of political inexperience and anti-reform opponents. Now as she begins to form her cabinet and team of advisors, Sandu will be looking to use her presidential platform to gather popular support for early elections. Significantly, in the new parliament, she will likely be backed by Renato Usatii, the popular and influential mayor of Moldova’s second-largest city, who came third in the presidential election.

But even without a parliamentary majority, in the short-term Sandu can utilize the powers vested in the presidency to get things done, particularly regarding corruption. The president signs off on judicial appointments, giving her a degree of leverage in the struggle to curb Moldova’s national scourge, as courts have been instrumental in facilitating substantial fraud. Then as chair of the Supreme Security Council, an influential advisory body, she could in theory pressure the prime minister and prosecutor general to move forward with reforms, exposing any unwillingness or ineffectiveness in doing so.

While Sandu’s bid for early elections seems on the face of it to be something Dodon would oppose, there are indications that he may have to agree to their going ahead. But not before next spring or summer, when, he probably calculates, the euphoria around Sandu’s victory will have died down.

Though Dodon continues to head the Socialist PSRM, the largest parliamentary party, its governing coalition has no outright majority. It depends on some discredited members of parliament suspected of taking bribes in return for their loyalty. With elections three years away, hanging on to power in this way is not sustainable, particularly as reliance on corrupt politicians is likely to alienate PSRM supporters.

But Dodon may have even more serious concerns. Following his defeat in the presidential elections, the PSRM announced that he could return as formal leader of the party. Yet there are plenty in the party angry at his electoral failure and believe he now needs to step back. For them, Dodon has a credibility problem, with many of those who voted for him and the PSRM in recent years losing faith. They point to the margin of Sandu’s victory – some 15 percent – and recent claims that he received funds from a Moldovan oligarch (allegations he has denied).

While Putin professes to want good relations with the new Moldovan leader and will portray himself as willing to cooperate on issues of mutual interest, he will not shirk from putting her in her place should she step out of line, as evidenced in the Kremlin’s sharp retort to her Transnistria remarks. And Putin will certainly seek to prevent Sandu from consolidating power by encouraging Dodon and his loyalists to strengthen their position in parliament to block her from gaining a majority there.

In her bid to do the latter, Sandu will be aided by the international goodwill and support that will flow from her ascent. The EU, which holds her in high regard, will place Moldova higher up its neighbourhood country priority list for financial support and development programs, while the US could unfreeze some of its own initiatives.

Such electoral dividends will play well with many Moldovans who are fed up with the long-running East-West geopolitical debate that has dominated the country’s politics for so long. Their priority is better living conditions and economic prospects. If Sandu can start delivering on those, then Moldova has a chance of finally starting to reform itself 30 years after independence.

Nicolae Reutoi is a senior associate at Alaco, a London-based business intelligence consultancy. He is a fluent Romanian and Russian speaker and regularly travels to the countries of the former Soviet Union. 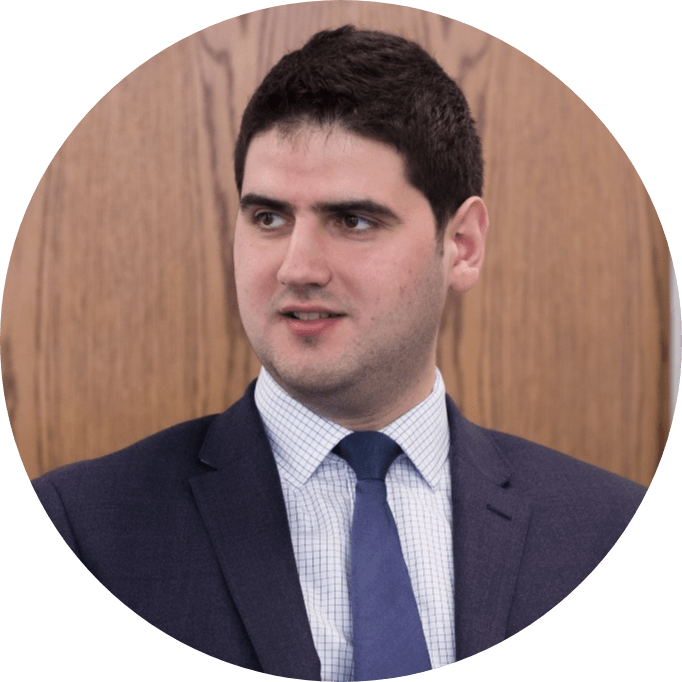