Western Progressives and Reactionaries for Putin

It is an illusion to believe that Russia can be appeased by concessions paid for in Ukrainian sovereignty. The political extremes must acknowledge this truth. 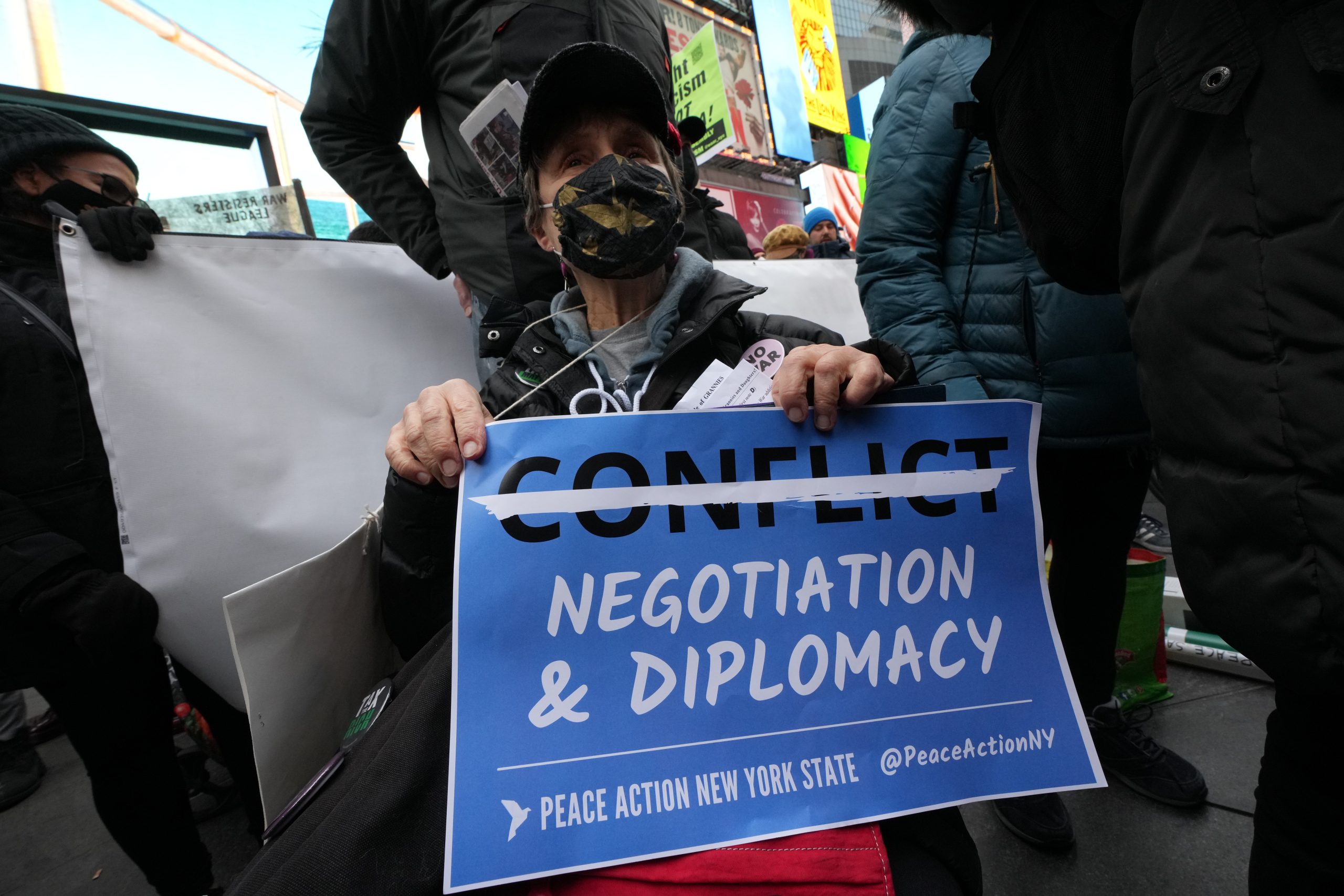 As Secretary of State, Colin Powell remarked that while the US does not aspire to be a global policeman, whenever a crime occurs, everyone comes running to us for protection.

Powell thus recognized the inescapable responsibilities attached to our global power. As the eminent British strategist and scholar, Colin Gray wrote, America, like it or not, is a global sheriff. As such, it often had to resort to policing actions e.g. assembling a posse, and thereafter an alliance to restore order. Sadly, too many right-wing politicians and now 30 liberal and progressive Congressmen are seeking to shirk that burden in regard to the war in Ukraine. (Although the letter was “withdrawn” on October 25.)

Neither right nor left-wingers should have any illusions concerning the nature of this war. Innumerable news reports of terror bombings, mass murder, mass deportations, rapes, and organized incitement of Russian hatred for Ukraine make clear that this is a war of intentional genocide as defined by the United Nations Convention. The now-withdrawn letter from the 30 Congressmen urged the Biden Administration to seek negotiations with Russia, and while it hid behind a mealy-mouthed agreement with the principle “nothing against Ukraine without Ukraine”, it also expressed more concern about US inconvenience due to inflation and the threat of escalation, than to more the more elemental interests of the US and its allies. The appeal may now have been removed, but the sentiments expressed within it express the sentiments of influential individuals across the West. Too many forget that this is the greatest aggression since World War II, and represents a new European genocide.

This advocacy of negotiations over Ukraine’s head when the issue at stake is the survival of a free and independent country and the peace of the European continent, plays directly into Putin’s hands. He would like nothing better than to be told that democracies are open to his energy and nuclear blackmail, and are so frightened that they will negotiate a deal that compromises Ukraine, even though this would set the stage for years of warfare with Russia that will cost even more, both here and abroad, than our assistance to Ukraine. In this respect, as the French proverb says, the extremes touch each other.

This is because the Trumpist right-wing, infatuated with the idea that the US can somehow abandon its allies in Asia and Europe, thereby giving solace to our enemies, pretends that we are living surrounded by a moat. It believes nothing can touch us, or that we will not incur grievous losses in fortress America, oblivious to the fact that these arguments were discredited in 1941 and are no more valid today.

Thus, we encounter a phenomenon whereby both reactionaries and progressives make Putin’s arguments for him. Neither of these forces acknowledges that Putin will not negotiate with Ukraine, and that in any case his word cannot be relied upon since his regime has repeatedly reneged on several arms control treaties and at least seven solemn international agreements pertaining to Ukraine.

Neither is there any sign of his willingness to negotiate with Washington on any kind of acceptable basis. Nor, evidently, do these reactionaries and progressives understand that Ukraine cannot negotiate over its right to live and be secure within its borders. None of these parties apparently grasp that while we are not engaged in a kinetic conflict with Russia, it has believed itself to be at war with the West since 2005, i.e., when it blamed the West for the failure of its first attempt to subvert Ukraine. Ever since then, Moscow has proceeded toward the eradication of Ukrainian statehood.

While the Biden administration may well need to address itself more articulately to the nation, there is no doubt that every dollar invested in Ukraine is an investment in peace, not war. Indeed, a Ukrainian victory that defeats Putin’s energy and nuclear blackmail is the surest way to overcome the inflationary pressure on energy unleashed by this war. Furthermore, that assistance will ultimately come back to us once Russia acknowledges that empire is no longer possible or desirable, and devotes its energies to its people’s dignity, security, and prosperity.

As President Václav Havel of Czechoslovakia told Congress in 1990: “The sooner, the more quickly, and the more peacefully the Soviet Union begins to move along the road toward genuine political pluralism, respect for the rights of the nations to their own integrity and to a working — that is, a market — economy, the better it will be not just for Czechs and Slovaks but for the whole world. And the sooner you yourselves will be able to reduce the burden of the military budget borne by the American people. To put it metaphorically, the millions you give to the East today will soon return to you in the form of billions in savings.” These truths still apply today.

But until then, our interests and values converge in supporting Ukraine unreservedly and suppressing Putin’s criminal and genocidal war of aggression. If we shirk the greatest test of our interests and geopolitical morals, nobody will rally to our cause when our turn comes, as it assuredly will.

This is because the “extremists”’ view that our convenience outweighs our moral duty and that we can cavalierly abandon our allies at no cost when our enemies already believe us to be effete, enfeebled, and enervated, has already been weighed in the scales and found wanting. If we flee from our responsibilities, we will merely confirm our enemies’ assessment of our lack of character and we will face more threats, and not only from Russia.