Ukraine’s Parliament will face a moment of truth when it meets on April 10. As the novel coronavirus increasingly impacts the country, the Rada must finally pass the banking legislation necessary to free up $8 billion in IMF funding, and a further $1.5 billion from other sources. It is easy to forget that 2019 was […] 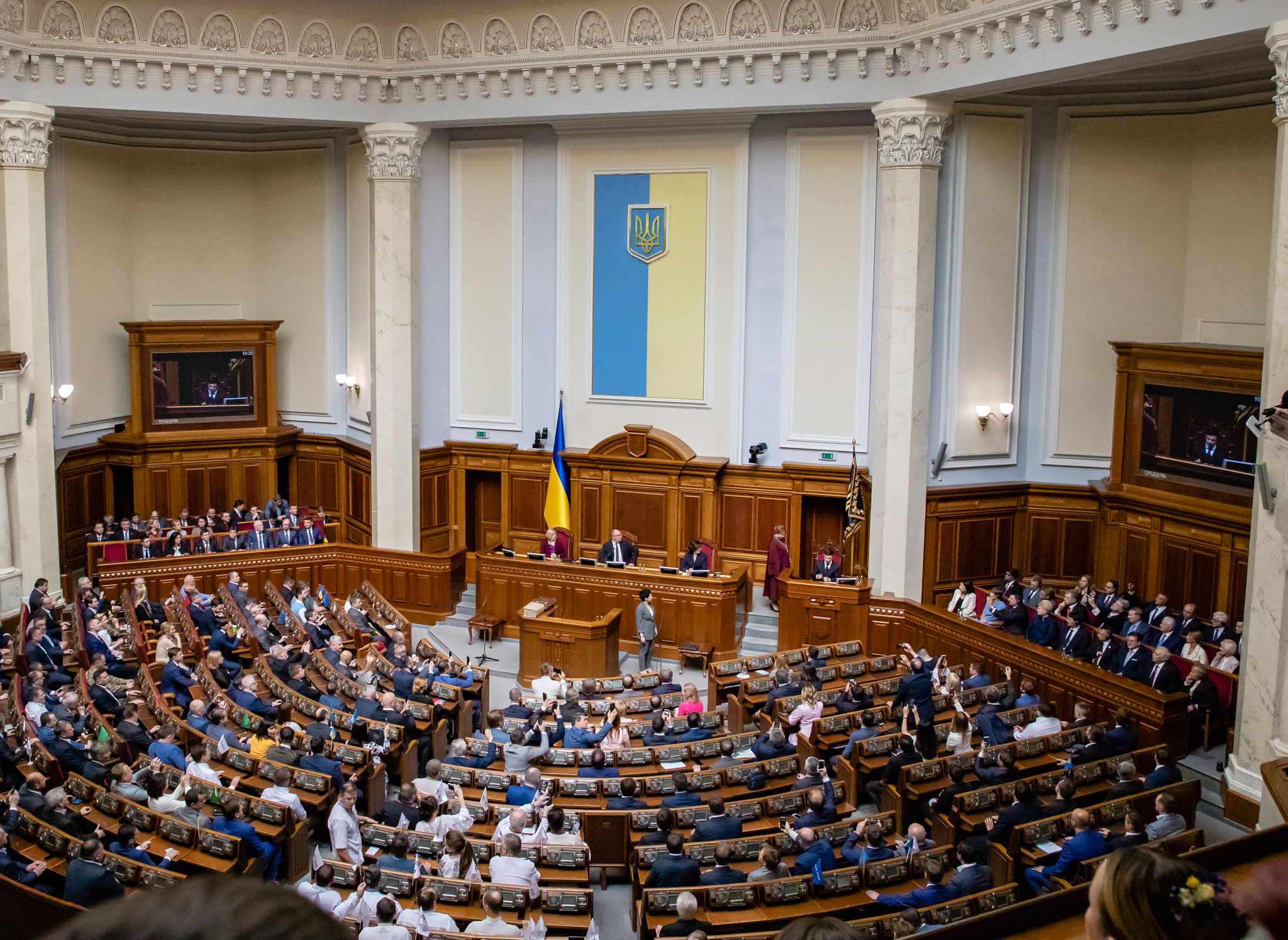 Ukraine’s Parliament will face a moment of truth when it meets on April 10. As the novel coronavirus increasingly impacts the country, the Rada must finally pass the banking legislation necessary to free up $8 billion in IMF funding, and a further $1.5 billion from other sources.

It is easy to forget that 2019 was a year of euphoria in Ukraine. Building on solid reforms implemented since the 2014 Revolution of Dignity, in 2019 Ukraine dramatically improved its finances and borrowing costs, advanced stalled reforms, repositioned itself in the eyes of foreign investors, and laid the foundations for rapid growth. Ukraine was outpacing global markets for the first time since achieving independence in 1991. With a GDP per capita among the lowest in Europe — but also with a talented workforce and vast natural resources — Ukraine has the greatest upward economic potential on the continent. The election of Volodymyr Zelenskyy, who promised far-reaching reform and a renewed push for peace, buoyed both international markets and the national mood.

By contrast, 2020 has become a year of dire challenge. The coronavirus has hit Ukraine. As in the United States, a shortage of testing kits means the virus is probably more widespread than official numbers can confirm. Available healthcare services may become over-stretched. Government financial resources will be insufficient.

Yet even before the coronavirus hit, there had been a major downturn in Ukraine’s financial position. The replacement of a young, committed team of reformers with new faces — some of whom seemed connected to anti-reform oligarchs — shocked markets. The replacement of the Prosecutor General, who had earned wide respect for fighting corruption, added to concerns.  The result was a dramatic rise in borrowing costs, and darkening clouds over the national economy. Suddenly, as global markets began falling due to coronavirus, Ukraine was falling even faster.

Much of this concern may be exaggerated. Regardless of personnel changes, what matters is the vision, drive, and policies decided at the top. President Zelenskyy deserves the benefit of the doubt in saying he wanted a new team to improve the implementation of reforms. The new prime minister has left a positive impression for calm and competent leadership. The March 30 selection of a well-regarded new finance minister and the passage of land reform legislation also bode well. Notably, former President Poroshenko’s European Solidarity Party voted in favor of the government’s land reform proposal, assuring its passage.

It seems a long time ago, but President Zelenskyy’s call for unity in his national day speech of August 24, 2019 was the right message at the time, and it is the right message today, especially as Ukraine wages a triple battle against coronavirus, financial pressures, and Russian aggression. It is important to bring all pro-reform, pro-European forces in the country together, and avoid infighting and the appearance of politically motivated prosecutions.

The IMF, the World Bank, and the EU are ready to help Ukraine through the crisis. The IMF has boosted its package from $5 billion to $8 billion, the World Bank is offering $1 billion, and the EU a further $500 million. At least $2 billion would be disbursed quickly by the IMF, making funds available almost immediately to fight the coronavirus. Without such financial assistance — and the seal of good housekeeping the IMF package represents — Ukraine’s financial position would fall even faster than it is falling today.

To secure this financial support, the Rada must approve banking legislation that prevents the return of nationalized banks (i.e., Privatbank) to former owners, or the payment of compensation to those former owners. The legislation passed a first reading on March 30, but is now burdened by 16,000 amendments ahead of a decisive vote on April 10. Ukrainian taxpayers already paid once when bailing out the bank after those former owners could not account for billions of dollars. Neither the Ukrainian taxpayers, nor the international financial institutions standing behind them, should pay anything more.

Getting the IMF package and other financing in place is also essential in the face of continued Russian aggression. Russia sees a weak Ukraine, without international support, as an easy target for the continued application of military, political, and psychological pressure. A strong Ukraine, with a growing economy, oriented toward the EU and NATO, and with strong support from allies, can more easily stand firm. Ukraine must resist Russian calls to bestow a false legitimacy on the so-called People’s Republics in Luhansk and Donetsk by including them in a “consultative counsel.”

Achieving peace and restoring Ukrainian sovereignty in eastern Ukraine and Crimea will never come as the result of a military victory. Peace will come when Russia concludes that the costs of its aggression will never be worth the gains. The stronger Ukraine becomes, the sooner that day will arrive.

Finally, getting the IMF package in place will set the tone for the future. Land reform and banking legislation are not end-points; they are steps in the long journey President Zelenskyy promised during his election campaign. Ukraine still needs an independent, qualified judiciary; a qualified and impartial Prosecutor General’s office and State Bureau of Investigations; anti-trust legislation and enforcement mechanisms to regulate the role of oligarchs; and an opening up of economic sectors to competition and foreign investment. A Ukraine that is open to the world and strengthening the rule of law can enjoy accelerating economic growth. But a Ukraine that continues to suffer from perceptions of a biased judiciary and protection for certain oligarchs will never unleash its full potential.

The Rada’s vote on April 10 is indeed a moment of truth. Let’s hope it finally cements Ukraine’s path into the future.

Kurt Volker served as U.S. Special Representative for Ukraine Negotiations from 2017-2019, and as U.S. Ambassador to NATO in 2008-2009. He is also Senior International Advisor, BGR Group.Photo:  “On May 20, during the solemn session of the Verkhovna Rada in Kyiv, newly elected President of Ukraine Volodymyr Zelensky was sworn in as Head of State” by U.S. Embassy Kyiv Ukraine under CC BY-ND 2.0.