Not a problem many anticipated in 1991. 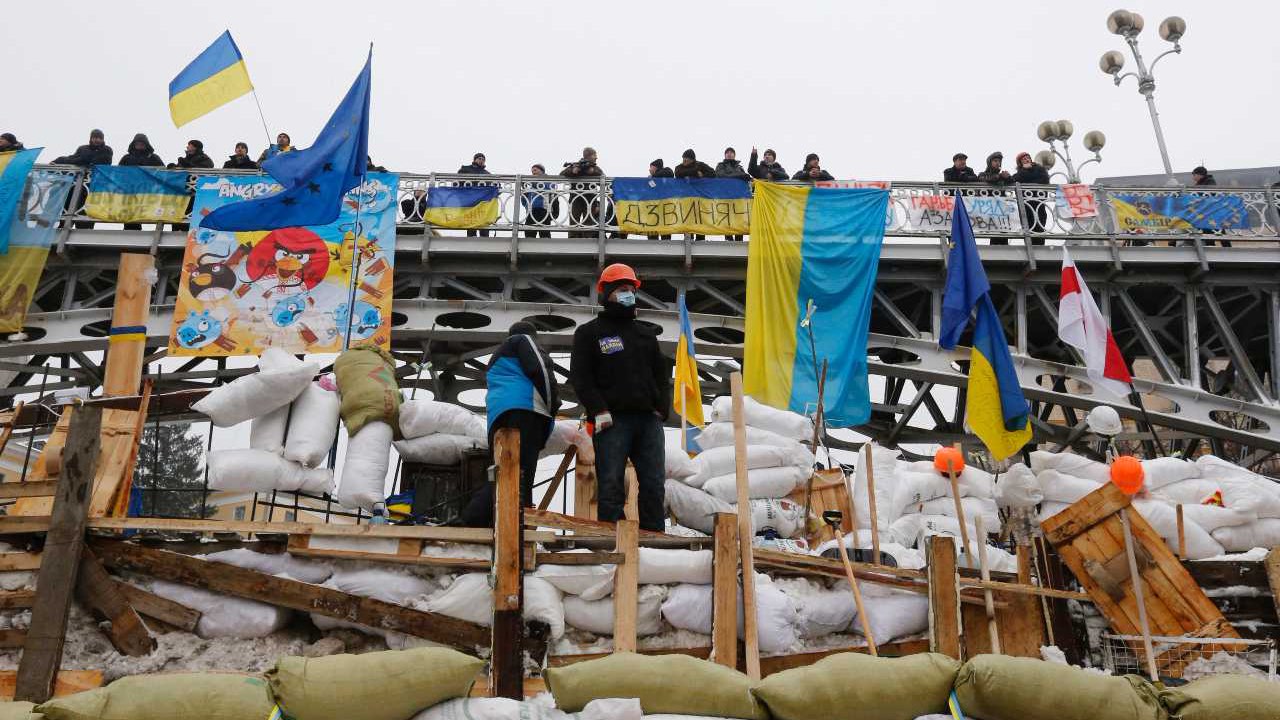 Not a problem many anticipated in 1991.

It is easy to look back on Ukraine’s thirty years of independence with frustration. So many missed opportunities. A political and economic elite that seemed set solely on self-enrichment. So much waste of time and money, so many dashed hopes and unfulfilled lives, so much complacency for so many years, paid for in blood after 2014.

Nobody should be complacent about the past. But Ukraine has never in its recent history been stronger and more prosperous — and the prospects have never been brighter.

It is easy to forget how precarious Ukraine’s statehood seemed after 1991. The Soviet-era bureaucracy was both incompetent and resilient. Reforms were glacial. Even getting the streets of Kyiv cleared of ice and snow in the winter seemed beyond the authorities’ capabilities. Corruption flourished, especially collecting rents from the energy transit industry. Russia did not need to bully Ukraine: it just got what it wanted.

It is also easy to forget how cliched and stereotyped outside perceptions were. Ukraine was divided into a “Russian-speaking east” and a “Ukrainian-speaking west”. Neo-Nazism was bubbling below the surface. The economy was a basket case. Ukrainians were so traumatized by the past that they could not deal with the future. And so on and so forth. Meanwhile, Ukrainian public diplomacy focussed on the peripheral question of changing the English spelling of the capital city from Kiev to Kyiv.

That picture is unrecognizable now. One cliché-buster was electing a native Russian speaker of Jewish heritage. The country’s first black MP winning an Olympic gold medal is another. The structure of the economy has transformed. So has the fiscal position — the latest “B” rating from Fitch, with a positive outlook, would have read like a fantasy novel only a few years ago. It’s hard to believe that Ukraine has not imported Russian gas since 2014. The digital transformation of government is underway. I have seen what a difference that made in Estonia, both in daily life and to the country’s reputation abroad.

The agenda is still daunting. But I am convinced that the worst is behind us. Ukraine is now a confident, resilient country. A strong strategic culture is hardened by experience and a new generation of political and economic leaders is moving into positions of influence.

Putin knows this. That is why his propaganda machine spits venom at Ukraine, more than at any other country. That is why he is continually searching for ways to undermine Ukraine’s progress. The clearest sign of his obsession was his ridiculous recent “essay” on Ukrainian history. Can you imagine an American president bothering to write thousands of words about the psycho-historical ties between the United States and Canada? Or a Swedish politician writing about Norway? Or a British one about Ireland or Scotland? Only Xi Jinping’s neurosis over the Taiwan question comes close.

Ukraine’s almost unimaginable progress since 1991 is a nightmare for Russia, a country whose tortured relationship with history is expressed through geography and implemented with violence. A desperate threat to Putin’s regime could prompt desperate measures. That is why Western support for Ukraine is so vital — and its absence makes me so angry.

Photo: Demonstrators gather at a barricade near Independence Square where pro-European integration protesters are holding a rally in central Kiev, December 12, 2013. Ukrainian protesters stood their ground after a sweep by riot police and their leaders dismissed an offer of talks from a president they say must quit for favouring ties with Russia over the European Union. Credit: REUTERS/Alexander Demianchuk.