The Unlearned Lessons Of WWII Linger On, For Some Every Pole knows why September 17th, 1939 matters. So do many Ukrainians, especially in the country’s west–which was then part of Poland. But almost nobody else does. The 80th anniversary of the Soviet invasion of eastern Poland will go unmarked in the West. In Russia, it will prompt […] 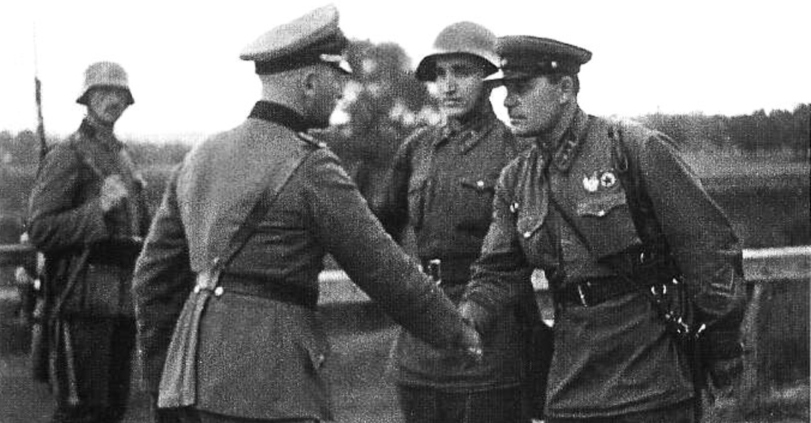 The Unlearned Lessons Of WWII Linger On, For Some

Every Pole knows why September 17th, 1939 matters. So do many Ukrainians, especially in the country’s west–which was then part of Poland.

But almost nobody else does. The 80th anniversary of the Soviet invasion of eastern Poland will go unmarked in the West. In Russia, it will prompt yet more lies and propaganda obscuring the Soviet Union’s cozy ties with Nazi Germany. This has been in full flow since the start of the month, as the pro-Kremlin media respond to the decision by Poland to commemorate the start of the war with Western allies and Germany, but not with Russia.

Poland’s wartime torment is profoundly uncomfortable for both friends and foes. History would be so much easier if it were tidier– if Poland had been attacked only by the Germans, and had been grateful for its liberation by the Soviets.

My great uncle, Charles Portal, knew the untidiness of history first-hand. As chief of the air staff during the war, it was his decision to overrule reservations in the Royal Air Force and authorize the formation of Polish squadrons. He also insisted that Polish airmen and ground crew be allowed to march in the 1945 victory parade. The Poles thanked him but declined, insisting that their comrades from the Polish navy and army be invited too. Sadly, his authority did not stretch to that.

Britain, like the United States, is largely wedded to the notion of the “good war,” in which we entered the conflict for chivalrous reasons, fought nobly and alone and enjoyed an untarnished victory. But Britain’s war was not “good.” We were late to the fight. When it started, we fought badly. We were not alone. Victory was messy.

The same could be said about Russia’s view of the war. Soviet responsibility for its causes is evaded. Allied contributions are ignored or belittled. So are military blunders. The moral legacy is overstated. Shut up and be grateful for your liberation, is the message. Do not complain about Stalin’s pre-war diplomacy: Britain and France behaved badly too.

It is true that the Soviet Union was only one of many parties to non-aggression pacts with Hitler. But only the Nazi-Soviet one contained secret protocols that laid out the vivisection of other countries. As Roger Moorhouse, author of “The Devil’s Alliance,” the best book on the pact, points out, the difference is the impulse. Britain did not seek a slice of Czechoslovakia in 1938, or any territorial reward for abandoning the Baltic under the Anglo-German Naval Agreement of 1935. By accommodating Germany’s rise, the Western powers, however mistakenly, were trying to prevent war. The Soviet Union, by contrast, was trying to rebuild its empire on its western borders, and did so in friendly cooperation with Hitler.

In the West, things are changing. August 23rd, the anniversary of the Molotov-Ribbentrop Pact, is now an international day of remembrance for the victims of Nazism and Communism. A proposal to move a Katyń memorial in New Jersey aroused a storm of protest. The Polish contribution to British code-breaking at Bletchley Park, long neglected, is now properly celebrated at the museum there. Moorhouse, a British historian, has written a fine new book, “First to Fight” on Poland’s doomed (and largely overlooked) war in the autumn of 1939. Britain’s “good war” myth is gradually giving way to a more reflective picture. My great uncle died in 1971, but he would approve.

No such change is visible in Russia. That is indeed deplorable. But remember: this process has taken seventy years even in the free, democratic West–and it is still far from complete.

Photo: “A German and a Soviet officer shaking hands at the end of the Invasion of Poland” by the TASS press agency in the public domain.