Serbia’s Relations With the United States on the Mend Prospects for stability and security in the Western Balkans have improved in recent years, despite decades of conflict, historical grievances, economic stagnation, and the disruptive interference of the Kremlin. The West should encourage this trend by exerting more strongly its positive soft power — especially the […] 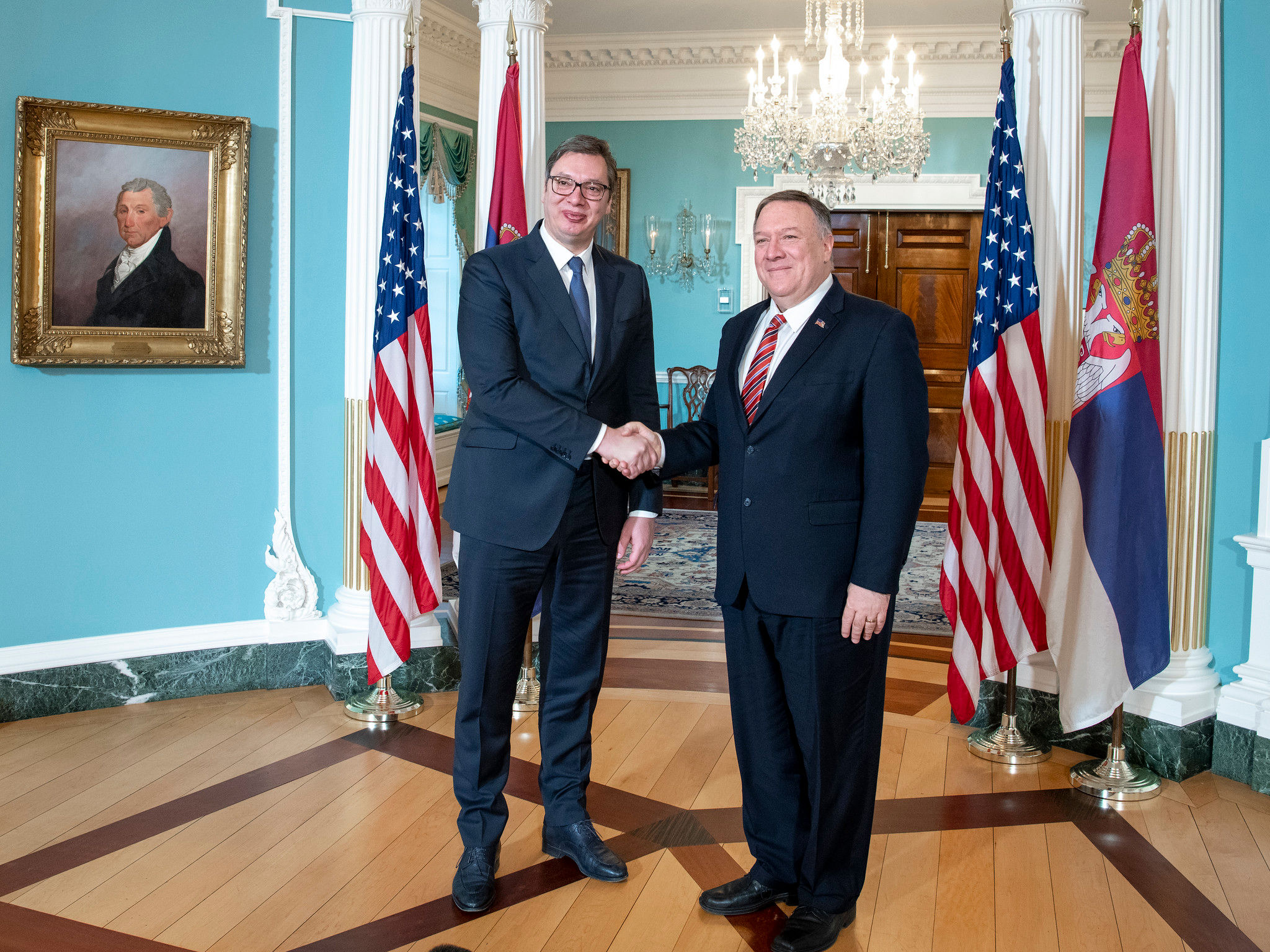 Serbia’s Relations With the United States on the Mend

Prospects for stability and security in the Western Balkans have improved in recent years, despite decades of conflict, historical grievances, economic stagnation, and the disruptive interference of the Kremlin. The West should encourage this trend by exerting more strongly its positive soft power — especially the attractiveness of its democratic values — rather than lecturing Serbia and other countries in the region about their shortcomings.

A new U.S. sponsored public diplomacy campaign in recent months appears to be bearing fruit. The campaign — centered on a series of conferences and short videos widely placed throughout the Serbian media — has reminded Serbians of their positive, common history with the United States, sent the message that they are a valued partner, and that Washington is listening to their concerns. Polling conducted by CEAS suggests that Serbians have responded positively to this initiative. Moreover, Serbia’s EU integration is consistently supported by the majority of the public, despite the unresolved dispute about the status of the Kosovo issue, the resolution of which is linked to Serbian EU membership.

Serbia seeks to be treated as an “equal” European country, rather than being widely regarded as the authoritarian, chauvinist Serbia of 1999. Many citizens believe that after years of United Nations sanctions, rebuilding from the war, and tending to its obligations towards the International Criminal Tribunal for the former Yugoslavia, the country should be allowed to move forward on equal footing as other countries of the region.

Moreover, Belgrade has taken concrete, constructive steps to show its goal of moving toward the West:

-Serbia has the most significant contingent of Western Balkan troops in multinational EU and UN-led operations and has institutionalized cooperation with the European Defense Agency.

-In 2018, Serbia and NATO jointly organized a Consequence Management field exercise, with 2,000 participants from 40 countries.

-Serbia has begun implementation of the second cycle of the Individual Partnership Action Plan with NATO and held more exercises in 2019 with NATO countries than with Russia. Its State Partnership Program with the Ohio National Guard is one of the best in Europe.

-After years of purchasing military equipment only from Russia, Serbia now also buys arms from France, the USA, and Israel.

-Despite Kremlin pressure, Belgrade refuses to grant diplomatic status to the so-called Serbian-Russian Humanitarian Center in Niš, an instrument of Russian soft power.

-Serbian President Vučić publicly backed the November 2019 settlement in Bosnia-Herzegovina to form a new government and adopt a reform program for the armed forces in cooperation with NATO.

The unresolved issues related to Kosovo — territory, minority and property rights, the status of the Serbian Orthodox Church, sovereignty, and autonomy — are obstacles to further progress. They hinder the strengthening of regional stability. The U.S. and the EU have invested much time and effort trying to settle the deadlock by tackling outstanding issues one by one. But there has been no clear game plan or specific timetable, and expectations of early success were overly optimistic. Moreover, geopolitical and domestic factors have interfered.

The once-promising Brussels agreement, which provides for the normalization of relations between Belgrade and Pristina but stops short of requiring Serbia to recognize Kosovo as a sovereign state, is now almost an empty shell. The critical element of the agreement, an association of Serbian municipalities in Kosovo, is not in place seven years after the deal, which, along with lack of punishment for crimes against 2,500 Serbs and other non-Albanians killed during the war, reinforces Serbian concerns about the Serb ethnic minority, fostered demands for a more sustainable compromise, and calls for more substantial U.S. involvement. Still, both Serbia and Kosovo claim that they want improvement of good governance, improved economic performance, as well the EU membership and stronger ties with the West. These are difficult goals in normal times. But the consequences of the covid-19 crisis will make them even more difficult to achieve.

Russian influence in the region along with a greater Chinese presence are further impediments to progress. Any Serbia-Kosovo deal would loosen Russia’s current grip on Serbia and substantially reduce Russia’s negative influence in the region. It would also lessen Chinese influence. Moscow prefers a status quo that prevents Belgrade from reducing its dependence on the Kremlin. It uses Serbian energy dependency — made worse by the decision of former President Boris Tadić to sell a majority of shares in the state gas and oil company to a Russian-owned business. Moscow also can use its seat on the United Nations Security Council to block recognition of Kosovo. Belgrade’s continued dependence on Russian military assistance and the close ties of the Serbian and Russian Orthodox Churches deepen Russia’s influence.

With a diplomatic push from the United States and the European Union, the circumstances could seem more hopeful now for a compromise between Belgrade and Pristina, since after years of political, military, and financial investments from the U.S, EU, and NATO, the security situation in the region has markedly improved.

Serbia still has a long road ahead if it wants to consolidate its democracy, build a more robust economy, become a member of the EU, and a strategic partner of the United States. It must continue to expand and strengthen cooperation with the U.S. and NATO and fulfill its EU integration obligations. It needs to address legitimate international concerns about good governance and media freedom, as well as reduce Russian influence. Serbian officials also must realign their inconsistent, distorted, and sometimes even hostile public narratives about the West.

To further improve its relations with neighboring states in Central and Eastern Europe, Serbia should request observer status in the Three Seas Initiative and strengthen its diplomatic presence in the Baltic States and Poland, and offer its 400 km of the Danube River as a better link to the Initiative. This would contribute to an improved understanding in Europe of the difficulty of loosening of Serbia’s dependence with Russia. Simultaneously, Serbia should re-energize its U.S.-endorsed “Mini-Schengen” initiative, a November 2019 agreement signed by President Vučić of Serbia, Prime Minister of North Macedonia Zaev and Albania’s Prime Minister Rama, that aims to enable the freer flow of goods, services, capital, and people throughout the Western Balkans.

Regional leaders should keep in mind that a compromise between Belgrade and Pristina that can keep Belgrade on a pro EU and the U.S. path, would unlock much-needed reform processes in Bosnia and Herzegovina, since Banja Luka will most likely take a cue from the Western evolution in Serbia’s foreign policy.

Further down the road, collective action by Initiative members could help reduce energy dependence on Russia, improve military (and crisis) mobility in Europe, and undertake a comprehensive economic, defense, and security response to increasing Russian and Chinese presence. The prerequisite for further progress will be the continuation of the United States’ positive, balanced, yet flexible approach towards negotiations between Belgrade and Pristina.

Jelena Milić is the Director of the Center for Euro-Atlantic Studies, a Belgrade based think tank. 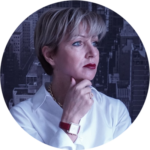