Once Firmly in Control, Putin Now Faces New Challenges to His Rule 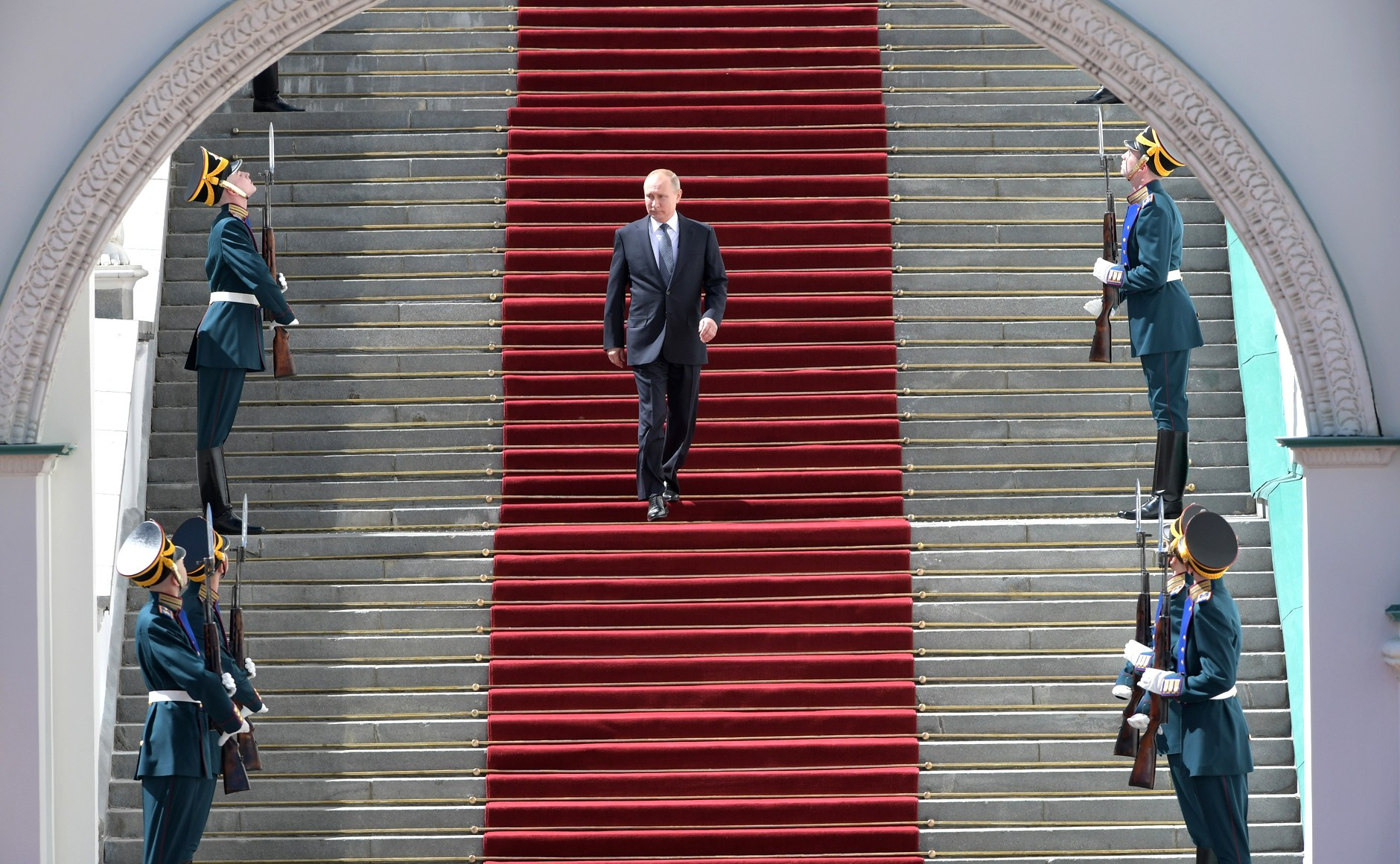 Once Firmly in Control, Putin Now Faces New Challenges to His Rule

How fragile is Russia? Under Vladimir Putin that question has seemed largely irrelevant. The excitements of the 1990s, when rebellious regions routinely ignored instructions from the Kremlin and even talked of having their own embassies and currencies, are a distant memory. The “power vertical,” with rule from above carried out from below, is the most important feature of Putin’s political model.

But the institutions and processes of Russia’s federative system are, like its elections, a sham. Far from offering equal rights and fair treatment to its 85 subjects (including occupied Crimea and Sevastopol) the central authorities treat them, in effect, like colonies. Some bits — Chechnya is a notorious example — get away, literally, with murder. Others are micromanaged. The Kremlin fuels and lubricates this gimcrack arrangement with a mixture of bribery, bullying, and propaganda.

Now supplies of all three are running short. The fall in the oil price has hit the regime’s coffers. Phony patriotism is losing its impact. Pride over the recovery of “great power” status, exemplified by the seizure of Crimea, military intervention abroad, and conspicuous anti-Western diplomacy, has ebbed. Russians care more about persistently bad public services, creaky infrastructure, and low living standards, aggravated by corruption and abuse of power.

Even the bullying is looking threadbare. The regime was able to arrest (abduct, critics say) Sergei Furgal, the governor of Khabarovsk in the Russian far east. But for more than a week it has been unable to quell mass rallies by those objecting to the flimsy grounds for his removal. These are spreading to other cities in the region. Perhaps more worrying, protestors in Khabarovsk have been citing the old Far Eastern Republic (1920-22) as an inspiration.

A century ago that buffer-state, a product of the messy end of the Russian civil war, was just one of the exotic outcrops on the map of the former Russian empire. The many nascent manifestations of regional, ethnic, and proto-nationalist sentiment are thought-provoking. Even those who think they know the history and geography well may need to refresh their memory, for example on the rise and fall of the Tungus Republic, and the short-lived “Green Ukraine” east of Siberia.

Kremlin attempts to counter such tendencies by underlining the glories of imperial history go down badly. Circassian protestors blocked the erection of a monument in Sochi, site of their genocide 156 years ago. This was to celebrate the Tsarist troops involved in the conquest of what was once independent Circassia. Inspired by this victory, Tatars in Siberia successfully halted the erection of a statue honouring Ataman Yermak, the Tsarist-era Cossack leader who conquered much of Siberia and the Russian Far East.

Historical resentments, even distant ones, can be a powerful catalyst when other conditions are right. Russia-wide economic dissatisfaction and political fatigue at the top are one part of the equation. Local grievances, notably about the environment, language, and culture, are another. Put together, the resulting reaction led to the fall of the Soviet empire.

That process was both surprisingly rapid and (with exceptions, chiefly in the Caucasus) peaceful. A second round of disintegration might be more like the end of Yugoslavia: protracted, bloody, and drawing in outsiders — with the added dimension of large numbers of nuclear weapons and other dangerous hardware.

Not least, the abundant dangers and opportunities of the Kremlin’s weakening grip on its empire underline the need for foreign countries to boost their diplomatic presence outside Moscow. Belarus, China, and North Korea have missions in Khabarovsk. The only Western representative is Masanori Fukushima, the Japanese consul.

How fragile is Russia? We do not know. But we may find out.

Photo: “Vladimir Putin has been sworn in as President of Russia” by the Kremlin under CC BY 4.0.