Can the Kremlin Take on the West ? The Great Game, a prolonged 19th century confrontation between the British and Russian empires in Central Asia, is often invoked as a prime example of the struggle for influence between major powers. But another Great Game was played out at that time in the Balkans between Russia and several […] 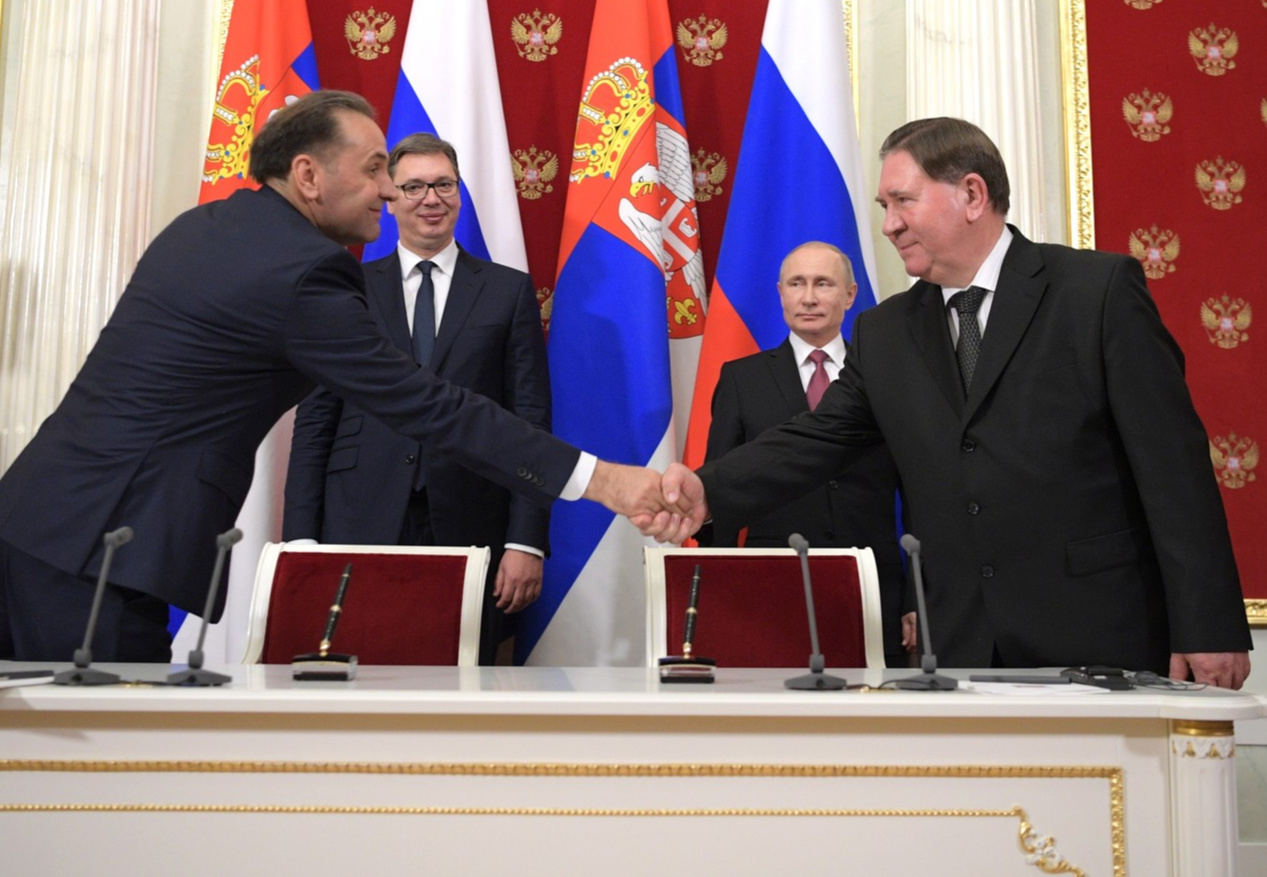 Can the Kremlin Take on the West ?

The Great Game, a prolonged 19th century confrontation between the British and Russian empires in Central Asia, is often invoked as a prime example of the struggle for influence between major powers. But another Great Game was played out at that time in the Balkans between Russia and several European powers when the Ottoman empire began to retreat. We are now witnessing the 21st century version of the Balkan Great Game, but where Moscow relies on subversion and deception as it cannot compete militarily or economically with the West.

Putin’s Russia does not simply meddle or have malign intentions on the Balkan peninsula. These terms are misleading simplifications that disguise Moscow’s long-term objectives and may weaken the urgency of a concerted Western response. Words and definitions frame perceptions and help determine political actions, so it is important to understand the nature of the challenge. The Kremlin views the Balkans as a strategic asset and pursues at least four consistent goals.

First, it seeks to expand Russia’s geopolitical reach. Traditionally, the Balkans are a stepping-stone to the Adriatic and Mediterranean, a link between Europe and Asia, and an inroad into Central Europe. Moscow’s influence over Balkan governments, its role in multi-national formats (including the Peace Implementation Council in Bosnia-Herzegovina), its military deployments (as in Serbia), and its institutional presence through various arms of the Russian state, provide it with a major stake in the region’s evolution.

A second and related goal is to fracture Western cohesion and undermine the role of Western institutions. Fomenting conflict not only contributes to unsettling the Balkans, it also divides international responses. One recent example was the territorial exchange gamble between Serbia and Kosova supported by Moscow and accepted by some Western officials. Even debates about partition promote rifts in the region and policy disarray between Western governments. Unresolved conflicts and disputed states also enable the Kremlin to claim that despite its expansion NATO has failed to stabilize the Balkans.

A third Russian objective is to undercut the U.S. presence. The main reason for obstructing NATO enlargement is to prevent a growing American military footprint and to preclude any firm security guarantees to countries in the region. The Kremlin prefers that Balkan states not join the Alliance, as this enhances Washington’s role in defending Europe. Nonetheless, it is also intensifying efforts to weaken EU and NATO from within, as its growing influences in Croatia, Hungary, and Bulgaria demonstrate. Joining NATO helps strengthen state security but it does not ensure immunity from subversion.

A fourth Kremlin goal is to gain allies or supplicants. This is where the economic and energy dimensions are most pronounced in corrupting, blackmailing, bribing, or subordinating officials and politicians who can assist Moscow, whether by weakening sanctions, not condemning Russia’s actions in international fora, or urging a return to normal business. Although Moscow is not a leading economic player in the Balkans, compared to the EU or China, its investments and expenditures are targeted for maximum political impact and the propaganda of Russian assistance is pronounced. Simultaneously, state directed disinformation campaigns claim that Western democracies are a failing system, the EU will disintegrate, and close ties with Russia offer a valuable alternative.

In the context of these strategic objectives, Moscow deploys a broad arsenal of tactical tools evident in four key domains. First, it promotes local nationalism to stir conflicts between rival nationalist projects and enable the Kremlin to intervene diplomatically.  For instance, it helps the autonomous government in Bosnia’s Serb entity to keep the country divided and encourages Bosnian Croats to push for a third entity.

In Kosova, which Russia blocks from UN membership, the Serbian minority is courted as a repressed nationality in order to fan internal conflict. North Macedonia’s domestic turmoil and its obstructed path toward the EU has also been exploited by Moscow. Montenegro presents another opportunity for destabilization, as witnessed in a coup attempt directed by Russia’s military intelligence officers in October 2016 and continuing support for Serb nationalists and the Serbian Orthodox Church who oppose Montenegro’s independence.

The second Kremlin tool is the corruption of national politicians and businessmen to favor Russian interests and remain neutral or support Moscow’s positions in its various foreign policy offensives. Third, Moscow fosters energy dependence by tying Balkan countries into its pipeline projects and purchasing refineries and other energy facilities. Energy dependence is used as a method to ensure political compliance.

And fourth, Russian state organs engage in disinformation offensives through local media, internet, and social networks to enhance Russia’s prestige and undermine Western institutions. Its messages are intended to appeal to anti-globalist, Euro-skeptic, ultra-conservative, and religious constituencies in which Russia masquerades as the defender of traditional values and the EU and U.S. are portrayed as immoral and deviant. Simultaneously, it continues to pose to the radical left as an anti-imperialist and anti-American vanguard. These themes have resonance throughout Europe, but especially in regions with deep uncertainties about the future.

Photo: “Signing of bilateral documents following Russian-Serbian talks” by the Kremlin under CC BY 4.0.

The New Transatlantic Data Deal: Will it Stick or End Up as Lipstick on a Pig?
October 7, 2022
Bandwidth
Data and Privacy