Russia Responds as Protests Continue in Georgia In September 2014 I was invited to the House of Commons Foreign Affairs committee. I gave its members not only my evidence, but Polish apples and Lithuanian cheese. Russia had just imposed sanctions on European food imports. Polish apple farmers, who exported around half their produce to Russia, were particularly hard […] 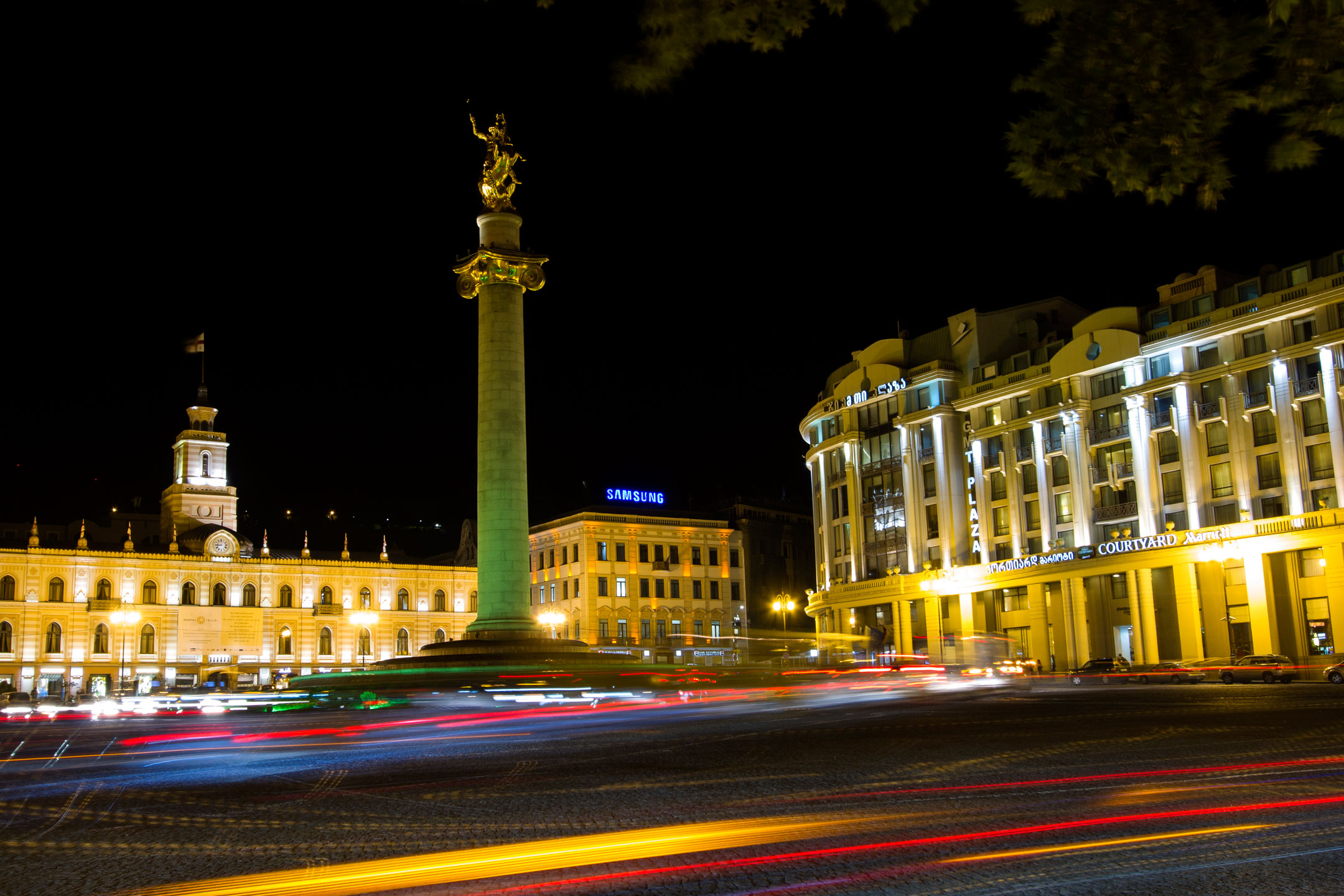 In September 2014 I was invited to the House of Commons Foreign Affairs committee. I gave its members not only my evidence, but Polish apples and Lithuanian cheese. Russia had just imposed sanctions on European food imports. Polish apple farmers, who exported around half their produce to Russia, were particularly hard hit. So too was the Lithuanian dairy industry A social media campaign was encouraging consumers to show their support, under hashtags like #jedzjabłka (“eat apples”) and #3domcheese. I was glad to help.

Now it’s time for #buygeorgian. That is the best way for outsiders to show solidarity with the brave people of Georgia, who have just been hit by Russian sanctions for daring to express their opinion of their own rulers.

The row started at a meeting of the Interparliamentary Assembly on Orthodoxy, held in the Georgian Parliament. A visiting Russian politician, Sergei Gavrilov, used the Speaker’s chair to address the other lawmakers. That sparked protests: the opposition thinks that the government is heavy-handed at home but far too soft on Russia, which occupies a fifth of the country’s territory.

The police response – rubber bullets and tear gas – was excessive. At least 240 people were injured. That exemplified for many Georgians the authorities’ casual approach to democracy. Protests are continuing, with demands for the release of the many demonstrators who have been detained, the resignation of the interior minister, and a fairer electoral system before the parliamentary election in 2020.

Georgia’s internal politics are none of Russia’s business. But the Kremlin dismissed the protests as a “Russophobic provocation” and canceled all flights to Georgia, claiming that the move was to “ensure Russia’s national security and protect Russian nationals from criminal and other unlawful activities.”

The practical result is to hit the country’s booming tourism industry, which attracted a million Russian visitors last year. Their presence is a tribute to Georgian hospitality, and to the delights of the country’s scenery, cuisine, architecture, and wine. It is also a victory in the soft-power battle with the regime in Moscow. Official propaganda depicts Georgia, like the Baltic states, Ukraine, and other ex-captive nations, as a neglected Western puppet state, suffused with xenophobia and petty nationalism. When Russians visit these countries they find not only friendliness, but the dignity, liberty, and rights that are missing back home. They realize, in short, that their rulers have been lying to them. That can be the beginning of a dangerous thought process.

The new sanctions make Russia look weak and vindictive. The long-term effect may be positive. Russia’s wine sanctions on Moldova in 2013 encouraged that country to diversify its exports towards more lucrative Western markets, in particular, Norway. But in the short term, the punitive measures will hurt all Georgians, regardless of internal political rows.

That offers outsiders a chance to help. We vote only infrequently in elections, but we spend money often. Just as we can boycott goods and services from industries, companies, and countries that we dislike, our spending power lets us vote for those we favor. So, for those whose budgets and other commitments allow, booking a holiday in Georgia would be a fine response to the Kremlin – and hardly a hardship, given the country’s rightful reputation as the Italy of the Caucasus. Wine-lovers have huge scope to show their support. But even the humblest consumer can seek out Georgian products, such as the pungent Borjomi mineral water, or tea (an industry that collapsed in the 1990s but is now reviving under Estonian-Lithuanian management). Every penny gives heart to the Georgians, and show the Kremlin that its bullying has failed, yet again.

Photo: Ali Sabbagh by under CC0.