Sweden’s “Total Defense” is critical to security in the Baltic. 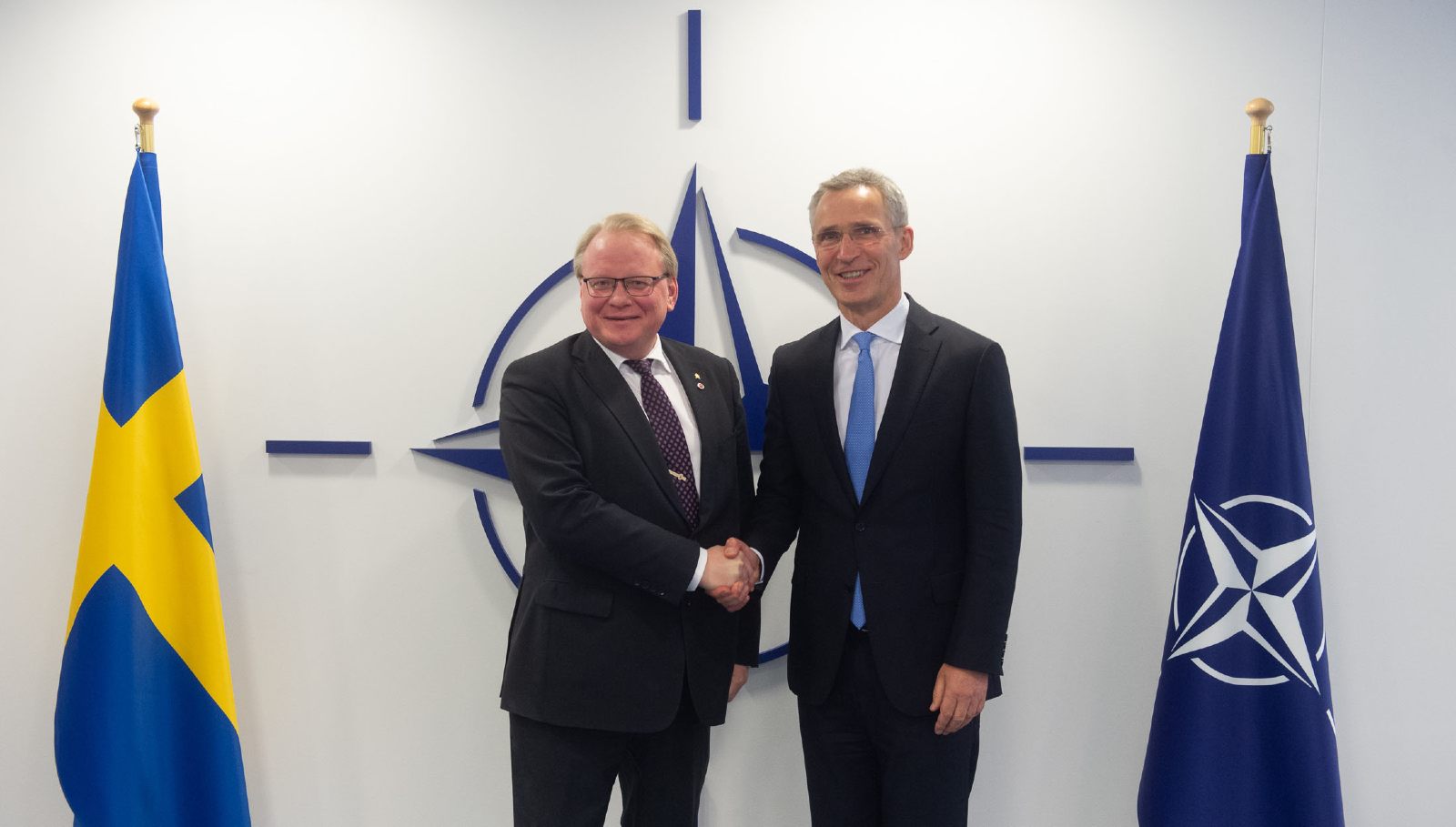 Last week, the Swedish parliament voted in favor of putting the “NATO option” on the table as a potential security option in the future. While Sweden is unlikely to seek membership anytime soon, it has recently made important strides in enhancing its own security, and this latest vote shows how much the security situation has shifted in just a few years.

In 2014, only 15% of Swedes expressed confidence in the armed forces’ ability to defend Sweden. In October of this year, the Ministry of Defense of Sweden announced Total Defense 2021-2025, a new defense bill that will boost spending on both military and civilian capabilities by 40%. This is the latest move in Sweden’s decade-long military buildup in response to what the Defense Minister Peter Hultqvist called on October 15 a “deteriorating security situation in Sweden’s neighborhood and in Europe over time.”

Since Russia’s illegal annexation of Crimea in 2014, formerly neutral and now non-aligned Sweden has been on high alert for Russian aggression in the Baltic Sea. In 2017, Minister Hultqvist established a Defense Commission with the sole purpose of updating Sweden’s defense strategy and increasing political support for higher defense budgets. In 2018, Sweden reestablished an armored regiment on Gotland, an island in the Baltic Sea, which had not had a military presence since 2005. Later that year, the government distributed pamphlets titled “If Crisis or War Comes” to every household, which educated citizens on what to do in the case of war. This new phase of Swedish security policy is based on the concept of “total defense,” a policy aimed at enhancing both military and civilian defense capabilities for a whole-of-society approach.

Sweden’s political leadership is right to be wary of Russian aggression. Gotland, in particular, is a key strategic military location that provides a launching pad for controlling the Baltic Sea. The Russian enclave of Kaliningrad is just 330 km away, and Gotland is well within the range of its missiles. Russian forces have conducted military activities in the Baltic Sea for decades, but Russian power projection in the region has increased and alarmed Swedish officials. In 2014, Russian SU-24 bomber planes entered Sweden’s airspace unannounced. The next month, Swedish soldiers reported foreign submarines sailing off the archipelago near Stockholm. Over 30,000 Russian soldiers were involved in a military exercise in March 2015 that simulated an invasion of Gotland and several Danish and Norwegian islands. Gotland is also important for NATO’s access to the Baltic states. While the risk of an attack on Swedish territory remains low, officials are concerned that Russia’s repeated gray zone hybrid tactics and intimidation in the Baltic Sea could lead to instability in the region.

The new defense bill will not only increase Sweden’s own defense posture but will also strengthen its role as an effective partner to NATO. It will improve interoperability and increase the total number of troops from 60,000 to 90,000. These forces will be based across the country, including in the southern city of Gothenburg and in Uppsala, just north of Stockholm. Sweden contributed forces and military equipment to NATO’s recent Trident Juncture exercise in 2018, but increased capabilities will allow for Sweden to play a larger role in future joint exercises and enhance interoperability with NATO and the Allies.

The bill also augments naval capabilities by adding a submarine and creating a program to replace its Gotland-class submarines. Further, existing helicopters will be upgraded to have naval operational capabilities to be able to detect and combat submarine intrusions. This is crucial for enhancing Gotland’s security, ensuring NATO’s access to the Baltic Sea, and stabilizing the region.

Despite its nonalignment status, Sweden asserted that it “will not remain passive if another EU member state or Nordic country suffers an attack.” Strengthening Sweden’s defense posture in the Baltic region will boost its credible deterrence against a Russian attack not just for Sweden, but for its Nordic neighbors as well. As a fellow nonaligned country, Sweden’s relationship with Finland has been a key part of its security policy.

The total defense bill will also allow Sweden to continue expanding its security outside the NATO framework. Organizations like the Nordic Defense Cooperation and the EU’s Nordic Battlegroup provide Sweden with avenues to increase joint defense cooperation without committing to a more binding defense agreement.

Civilian resilience is the final piece to Sweden’s total defense strategy. Given the nation’s neutral history, nonalignment remains an integral part of Sweden’s national identity. It is therefore particularly important that the population is adequately educated about the threat posed by Russia and is prepared to withstand its hybrid tactics. Swedish society is highly digitized; a cyber disruption to Sweden’s unprepared digital systems could be catastrophic. A recent report also revealed that Sweden has been the target of a systematic Russian disinformation campaign to influence its policymakers and citizens. Building awareness and resilience with citizens will protect Sweden against future cyber and disinformation attacks. To that end, the new bill proposes a coordinated effort across government agencies to assess civilian capabilities and build defense planning.

As Russia continues to wage a hybrid war in the Baltic region, Sweden’s turn to a Total Defense strategy is a step in the right direction. Beyond strengthening its own defense posture, it allows Sweden to be a more effective partner to NATO and its Nordic neighbors and will pave the way for closer cooperation and stronger defense and deterrence in the future.