Standing Up For Georgia

It’s Time to Press Russia to Implement a Ceasefire with Georgia On April 9, 2019, Georgians commemorated the 30th anniversary of the Kremlin’s crackdown on peaceful protesters in Tbilisi. On that day in 1989 Soviet troops killed 21 young protesters – using shovels, rather than bullets – and injured hundreds of others with poison gas. It was Georgia’s “Prague Spring” moment, […]

On April 9, 2019, Georgians commemorated the 30th anniversary of the Kremlin’s crackdown on peaceful protesters in Tbilisi. On that day in 1989 Soviet troops killed 21 young protesters – using shovels, rather than bullets – and injured hundreds of others with poison gas. It was Georgia’s “Prague Spring” moment, on a scale reminiscent of the suppression of protests in Hungary in 1956 or Czechoslovakia in 1968. Those latter two events are etched in our collective consciousness in the West and heralded the end of the Soviet Union. The crack-down in Tbilisi should be remembered as well. Moscow’s deadly pressure on Georgia, however, continues to this day. It requires a more forceful Western response.

On March 12, 2019, authorities in Russian-occupied Abkhazia, a region of Georgia, returned to his family the body of Irakli Kvaratskhelia, a 29-year-old Georgian citizen. Kvaratskhelia’s body showed multiple bruises and signs of physical trauma. He died while in custody at a Russian military base in Nabakevi, in occupied Abkhazia. The Abkhazian authorities claimed Kvaratskhelia committed suicide with his own clothing after being arrested for an “illegal border crossing.” While the exact cause of Kvaratskhelia’s death has yet to be determined, one thing is clear: he would not have died if Russia had not seized this territory from Georgia in the first place. Kvaratskhelia is the fourth Georgian citizen to die while in custody in Russian-occupied Abkhazia and South Ossetia since 2008, when Russia seized both regions and recognized them as independent states. The U.S. Congress condemned the deaths of the first three in a resolution H.R. 598 in January 2019, which also singled out “ongoing detentions, kidnappings, and other human rights violations committed in the Georgian regions of Abkhazia and Tskhinvali Region/South Ossetia forcibly occupied by the Russian Federation.” In 2017-2019, according to the Georgian government, Moscow-backed local authorities also detained 327 Georgian citizens for “illegally crossing the border.”

Russia’s occupation of Abkhazia and South Ossetia stems from the 2008 Russian-Georgian war, in which Russian forces entered Georgian territory with tanks and heavy equipment, advanced toward Tbilisi, and then withdrew to the currently occupied regions and left its forces in place. The European Union brokered a ceasefire, under then-President of France, Nicolas Sarkozy, which called for the free access of humanitarian aid, the withdrawal of troops of both sides, and international negotiations in Geneva on the security and stability of the two regions.

Eleven years after the war, Russia has still never fully implemented the terms of that agreement. Despite its provisions, Russia recognized the two entities as independent states. (Syria, Venezuela, Nauru, and Nicaragua are the only states to recognize their independence.) The international negotiating format so far has yielded no substantive progress in restoring Georgia’s territorial integrity.

Russia’s aggression in Georgia is often seen as a precursor to Russia’s invasion and occupation of parts of Ukraine in 2014. In the case of Ukraine, however, the United States and European Union responded strongly, declaring that they will not recognize the change of borders by force, and imposing sanctions against Russia until the Minsk peace framework is implemented and all territory is restored to Ukrainian sovereignty. Unlike the frozen Georgian peace process, high-level diplomatic formats to deal with the war in Ukraine abound even if they have not yet shown significant results. These fora include the Trilateral Contact Group in Minsk, the Normandy Format, and bilateral diplomatic efforts by the United States and individual European countries.

While Russian President Vladimir Putin has not signed a law making Abkhazia and South Ossetia formally a part of the Russian Federation – as he later did in the case of Crimea – these Georgian territories are now fully integrated into Russian defense, security, border control, and customs structures on the basis of so-called “bilateral treaties.” Their political leadership is chosen only with Russian approval, and their economies are dependent on connections to Russia.

The absence of sanctions is a key difference between the Western response to the crises in Georgia and Ukraine. When Russia invaded Ukraine in 2014, the European Union and the United States imposed penalties on Russia for its revanchist behavior – for Moscow’s claimed annexation of Crimea, its invasion of eastern Ukraine, and its failure to implement the Minsk Agreements. No such sanctions were ever imposed with respect to Russia’s invasion and occupation of 20 percent of Georgian territory.

It is time for the West to do now what it did not do in 2008: increase pressure on Russia over its occupation of Georgia, much as it has done with respect to Ukraine. Demanding that Russia implement its 2008 agreement with Georgia, with the threat of sanctions should it not comply, would be an important step for Western countries to pressure the Kremlin. As the author of the ceasefire, moreover, the European Union should have a special role in insisting that the terms of that agreement are implemented. During a recent visit to France, Georgian President Salome Zourabishvili made an effort to accomplish exactly this. She thanked French President Emmanuel Macron for France’s role in brokering the 2008 ceasefire. In turn, Macron reiterated France’s commitment to Georgia’s territorial integrity, within its internationally recognized borders and urged Russia to implement its international obligations. Statements similar to Macron’s coming from Germany, Britain, Italy, the United States, and the EU would send a strong message that the international community has not forgotten about Russia’s continued violation of its ceasefire obligations and its failure to respect Georgia’s territorial integrity.

It will be a long road ahead for Georgia to regain its sovereignty and territorial integrity. But President Zourabishvili is right to try to refocus attention on the issue. At a time when Russia is acting aggressively on all fronts – from Ukraine, to nuclear issues, to Syria, and Venezuela – it is important not to imply tacit acceptance of Russia’s earlier aggression in Georgia.

Ia Meurmishvili is a TV anchor and senior editor at Voice of America’s Georgian Service. The views expressed are purely her own and do not reflect any official position of the Voice of America. 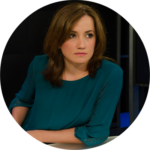