External assertiveness often serves as an effective diversionary maneuver to dampen domestic turmoil by acting on the deception that Russia is under threat. Moscow’s tools of aggression against neighboring states rely on stealth and surprise. This was most evident during the attack on Ukraine in 2014 and the takeover of the Crimean peninsula. Russia’s rulers […] 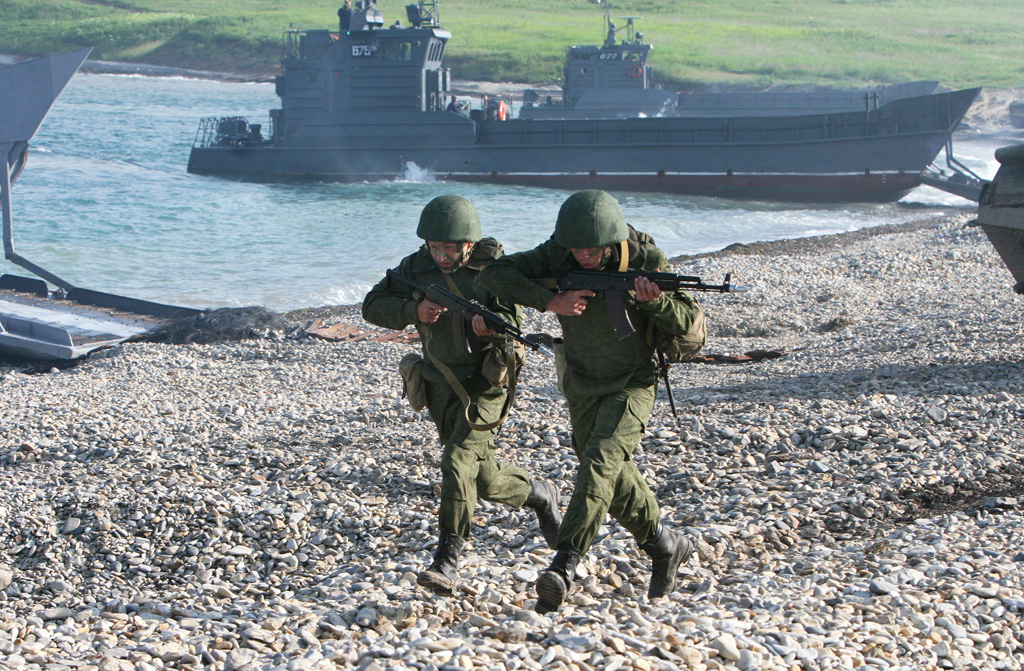 External assertiveness often serves as an effective diversionary maneuver to dampen domestic turmoil by acting on the deception that Russia is under threat.

Moscow’s tools of aggression against neighboring states rely on stealth and surprise. This was most evident during the attack on Ukraine in 2014 and the takeover of the Crimean peninsula. Russia’s rulers camouflage their aggression or divert attention to other potential conflicts. This strategy generates confusion, undermines a coherent Western response, and maximizes Kremlin capabilities. To avoid being caught off-balance once again, it is worthwhile for U.S. and NATO policymakers to assess each of the potential targets along Russia’s long borders, pursue deterrents where feasible, and prepare for the military and diplomatic consequences of Moscow’s intervention.

From the Baltics to the Caucasus, Moscow has a number of latent conflicts that it can reanimate. Estonia and Latvia have been in Russia’s crosshairs since Putin assumed power almost twenty years ago. Their economic and political successes upon leaving Moscow’s orbit contrasts most starkly with Russia’s failures. They have been consistently attacked for allegedly repressing their Russian-speaking population even though international watchdog groups dismiss such disinformation. While Moscow is unlikely to stage a full-scale invasion and confront a concerted NATO response, it can provoke conflicts in parts of both countries that have a sizeable Russian-speaking population, including the Latgale region in eastern Latvia.

Further south, the Suwałki Corridor between Poland and Lithuania remains vulnerable to Russian penetration. The Kremlin’s land forces operating from the Kaliningrad exclave and Belarus are in a position to close the Suwałki Corridor and impede NATO as a security guarantor to its three Baltic members. On the eve of the NATO summit, CEPA issued a landmark report  on how the Alliance can strengthen its deterrent capabilities in the Corridor by enhancing its preparedness, responsiveness, and reinforcements.

Belarus may be another target for Moscow to raise nationalist temperatures and subdue a potentially wayward ally. President Alyaksandr Lukashenka is steadily improving relations with the West in order to help shield Belarus from Moscow’s pressures. Such moves have stirred fears in the Kremlin that Minsk will eventually seek membership of Western institutions. The recent appointment of Putin’s confidant Mikhail Babich as the new Ambassador to Belarus indicates that the Kremlin is increasing its pressures on Lukashenka to allow for Russian bases closer to the Polish and Lithuanian borders. Babich may also threaten Lukashenka’s position by assisting pro-Russia factions opposed to closer relations with the West.

Ukraine remains prone to further destabilization. An escalating flash point is the Azov Sea, where Russia’s navy has blockaded the Ukrainian ports of Mariupol and Berdiansk for several months. Moscow has steadily increased its naval presence possibly in preparation for seizing control of the entire Azov coastline and cutting off eastern Ukraine from the Black Sea. Russia could also intensify its attacks on Ukrainian controlled parts of Donbas. The unexplained assassination of Aleksandr Zakharchenko, head of one of the proxy separatist groups in Donetsk, may signal that the Kremlin is preparing new leaders to expand its offensive.

In Moldova, Russian services are exploiting divisions between the country’s pro-European and pro-Eurasian streams. Both government and opposition leaders accuse each other of links with Russian intelligence services and the resulting protests and political paralysis are destabilizing the country and halting its progress toward the EU. Such a scenario may also escalate into conflicts with the Moscow-supported separatist region of Transnistria and the autonomous region of Gagauzia. This could precipitate more direct Russian intervention on the grounds of defending Russian speakers in the torn Moldovan state and increase Moscow’s troop presence along the borders of Ukraine and Romania.

In the South Caucasus, Georgia remains vulnerable to a renewed Russian military thrust as Moscow reinforces its occupation of Abkhazia and South Ossetia. This could be couched as an “anti-terrorist” operation or a mission to bolster the Russian military base in Armenia. At the same time, Moscow’s dissatisfaction with Armenia’s Prime Minister Nikol Pashinyan and his campaign against political corruption could either trigger more direct interference in Armenian politics or a provocation to restart the war with Azerbaijan over the occupied territory of Nagorno-Karabakh. Such scenarios could topple the reformist government in Yerevan and redouble Armenia’s dependence on Russia.

The Kremlin is unlikely to engage in two extensive armed conflicts simultaneously, but this may be possible if both are relatively limited or involve mostly proxy forces. The accompanying propaganda barrage would aim to convince an increasingly restless population that Putin is resolutely defending Russian interests against foreign enemies. To preclude new forms of aggression or make it as costly as possible for the Kremlin, NATO states must monitor, expose, and counter the activities of Russian services, provide military, intelligence, and diplomatic support to NATO partners, and push to resolve simmering conflicts, such as the one over Nagorno-Karabakh, that can be exploited by the Kremlin.