A Geopolitical Contest on Italian Soil

Two weeks after China dramatically intervened in Italy’s medical emergency, Russia joined the game. Uniformed personnel, including doctors and nurses, mobile units for the containment of bacteriological threats and soil decontamination, and 100 “technicians” (i.e. soldiers) disembarked from Russian IL76 military transport aircraft in an operation that Vladimir Putin called “From Russia with Love.” Some Italian government sources place the number of “technicians” to be significantly higher.

A convoy of armored vehicles with Russian flags blowing in the wind headed up the Pontina road from Rome to Pratica di Mare, a small town where in 2001, thanks to the mediation of the then Italian Prime Minister Silvio Berlusconi, a historic meeting took place between Putin and then U.S. President George Bush. They then went on to Bergamo, one of the Italian cities hardest-hit by the pandemic.

“We are not talking about conditions, calculations or hopes here,” declared Dmitri Peskov, the foreign ministry spokesman. “There is no incompatibility between generosity and interest,” said Stefano Stefanini, former Italian ambassador to the EU and diplomatic adviser to the Quirinale; “We accept and are thankful; in reverse roles we would do the same but without binding our hands on other issues such as sanctions.”

But as with China, many assume the bill will come later. “In an emergency situation like the one we’re going through, every support is welcome”—says General (Ret.) Vincenzo Camporini, a former Chief of Defence Staff and now a member of the political party ‘Azione.’ “But there is no doubt the operation has a high strategic and media value, and that it will be widely exploited by Russia.” Lia Quartapelle, MP from the Democratic Party and member of the House Foreign Affairs Committee, said: “Italy is grateful for the aid received—however, we must not confuse gratitude and massive changes to our foreign policy.”

A photo on the Russian defense ministry website encapsulates the worries. General Sergey Kikot, deputy commander of the radiation, chemical, and biological defense department of the Russian army, stands in the Defense Ministry in Rome, pointing his finger at a map of Italy. The image is classic military iconography. The thinking behind the operation may be more modern.

General Kikot has played a leading role in the Syrian conflict, in particular helming the Russian propaganda effort to exonerate the Assad regime from the accusation of having used chemical weapons. The most controversial aspect concerns the number of Russian soldiers involved, which has not been made public. La Stampa quotes high-level sources as saying that even the Italian government voiced some concerns regarding the usefulness of Russian aid—for example, in soil decontamination, or that other equipment supplied is ineffective.

President Putin made the case for the deployment in a long phone call with prime minister Giuseppe Conte on March 21. Admittedly, the Italian head of government is grappling with an unparalleled emergency. But the decision to accept the Russian offer does not seem to have been well communicated to the ministries of defense and foreign affairs. The Kremlin, by contrast, seems to have known exactly what it was doing. The presidential website, for example, immediately published the readout of the call indicating also sending vehicles and military personnel, while Palazzo Chigi (seat of the Italian government) did not.

The question now is how Russia exploits its so-far successful gambit in Italy. Domestically, it distracts public attention from the spread of the coronavirus in Russia. Putin appears both as a good samaritan and as a decisive international leader. On a geopolitical level, the aim may be to sow discord in Italian public opinion and institutions, and within the EU and NATO. Sputnik Italy commented on the arrival of aid in the country: “Russia is there. What about the EU?” In a letter to La Stampa, Russian Ambassador Sergey Razov stated, “We offer readers the opportunity to judge for themselves who and how they come to the aid of the Italian people in difficult times. In Russia there is a saying: ‘one can see real friends in time of need.’”

This narrative finds ample room in Italy, on ground already prepared by Chinese propaganda and by domestic administrative and political blunders. Russia and China are competing for influence in Italy. It may be unclear who the winner will be, but it is easy to see who will lose.

Emanuele Rossi is a Foreign Affairs Senior analyst at Formiche. The quotes from General (Ret.) Vincenzo Camporini and Lia Quartapelle are from interviews conducted by the author.

Photo: “Official visit to Italy” by the Kremlin under CC BY 4.0. 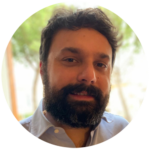