Russia Weighs in to Defend Cuba

Russia’s propaganda machine has been heavily engaged on behalf of the Caribbean dictatorship. 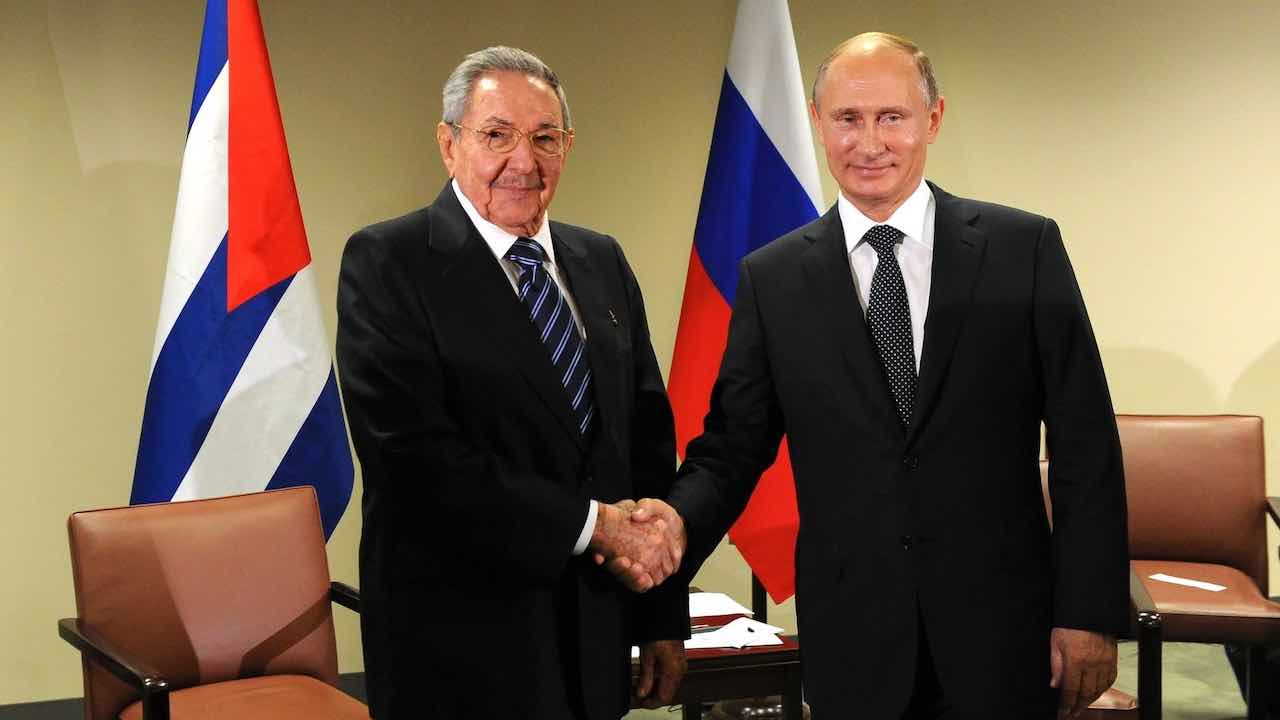 Russia’s propaganda machine has been heavily engaged on behalf of the Caribbean dictatorship.

“All that the world sees in Cuba now is a lie,” declared InoTV, a state-owned Russian blog, quoting a Raul Castro interview in Granma, the official paper of the Communist Party of Cuba. As anti-government protestors flooded Havana, the Russian government flooded English-speaking cyberspace in defense of its Caribbean ally.

The Russian information apparatus has displayed a sophisticated and ambitious strategy, with tailored messaging aimed to turn both the far-Left and far-Right in the United States against American policy. But as the protests progressed and American public opinion coalesced, Russia could do little more than watch and attempt to stir up American resentment.

Cuba and Russia have maintained strong ties since early in the reign of Fidel Castro. A renewed effort to strengthen ties began in 2013, resulting in a doubling of trade. In late 2013, Russia canceled 90% of Cuba’s debt, and Cuba recognized the Russian annexation of Crimea a few months later. In 2019, Cuba signed a €1.8bn deal with Russia’s state railway monopoly, paid for in part by a €900m euro Russian loan, to modernize Cuban infrastructure. Later that year, as instability in Venezuela threatened Cuban oil supplies, Russia intervened to ensure the island nation had sufficient energy. According to Granma: “Solidarity and friendship . . . characterize the close relationship shared by the peoples and governments of Russia and Cuba, an exemplary model of international cooperation.”

When anti-government protests erupted across Cuba on July 11 — generated by widespread shortages of food and other necessities — Russia was quick to defend its ally. The Foreign Ministry issued a condemnatory statement of American “impudence” and referred to the events as a “color revolution” — or “coups from the outside,” in the words of Russia’s top general. The statement echoed much of the Cuban state’s account of events, picked up by largely leftist sympathizers globally, that U.S. sanctions, which do not apply to food or medicine, were responsible for the food and medicine shortages. The Foreign Ministry went on to decry the hypocrisy of America’s government, which while denouncing political repression, prosecutes “participants in the ‘Storming of the Capitol’” for “deviant political views” and “domestic terrorism.”

It is a long-established and successful Russian propaganda tactic to tailor messaging for otherwise opposed audiences. The Foreign Ministry’s wide-ranging critique nodded to the grievances of both leftist and traditionalist audiences. Russia’s left-leaning outlets parroted the case that U.S. sanctions caused the uprising, with RT Going Underground inviting an advisor to the Bolivian president to make that case. The same outlet took up the “US-backed color revolution” conspiracy, pointing to the National Endowment of Democracy’s support for Cuban NGOs. For traditionalist audiences, RT portrayed an American government with no grounds to lecture others on democracy, pointing to the prosecution of those connected to the January riots in Washington DC as proof of “retro-style repression” along the lines of the “Stasi” or “KGB” sweeping the country. Sputnik amplified the message from Fox News host Tucker Carlson that Republicans were “idiots” for focusing on Cuba while Biden and Big Tech “colluded.”

And yet, despite its advanced messaging to English-speaking audiences, Russia once again finds itself seeing an allied regime losing its grip, following crushing losses for friendly political coalitions in Armenia and Moldova elections this summer. As always, Russian information operations are more effective at tearing down adversaries than building up allies.

Photo: Vladimir Putin with President of the Council of State and Council of Ministers of Cuba Raul Castro. Credit: Kremlin.ru