Reasons to Be Cheerful: The Biden-Zelensky Summit

Despite disagreements about Nord Stream 2 and NATO, Ukraine’s relations with the United States have never been stronger and are on course for an even closer strategic partnership. 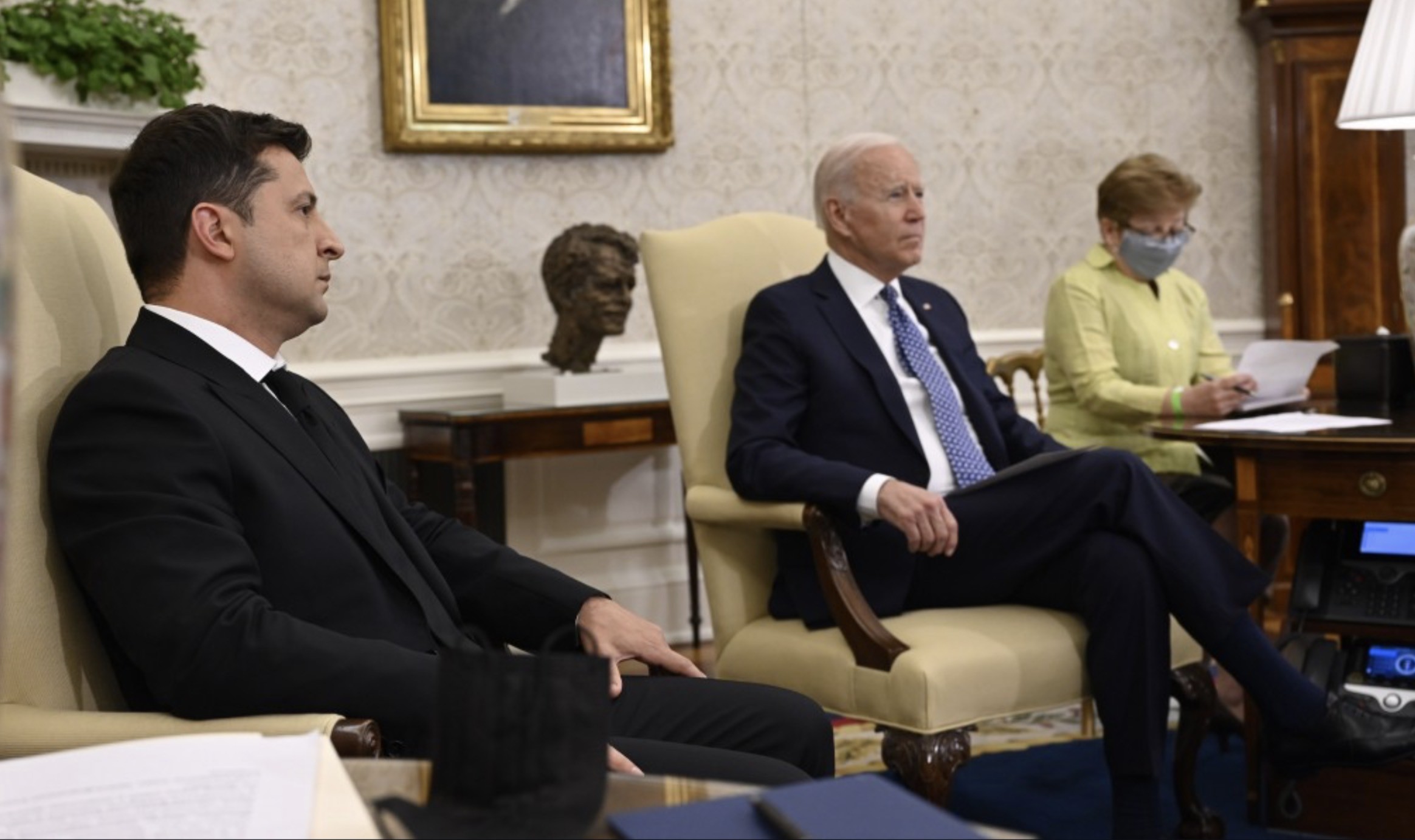 Image credit: Office of the President of Ukraine.

After a years-long quest marked with entanglements into U.S. domestic politics, Ukraine’s President Volodymyr Zelensky finally made it to the White House last week, becoming only the second European leader to be invited to Washington since President Biden took office in January.

The much-anticipated summit was preceded by clear signals of frustration and disappointment from Ukraine’s leadership, and for good reasons. Earlier this year, Ukraine, despite facing an increased threat from Russia’s mobilization of its forces in April, failed to secure critical U.S. backing for a Membership Action Plan (MAP) to join NATO, something the country has sought since the alliance’s promise of future membership at its 2008 Bucharest summit. Furthermore, the Biden administration notably backtracked on sanctioning Russia’s Nord Stream 2 gas pipeline — which aims to harm Ukrainian influence and income — while the U.S.-German compromise announced in July, designed to compensate Ukraine and mitigate the impact of the near-complete gas pipeline, fell far short not only of Ukrainian but also Central European expectations.

Yet while the Washington Summit showed disagreements remain, it would be misleading to judge the summit solely on these two issues. In fact, Zelensky’s White House visit firmly indicates that Ukraine’s relations with the U.S. have strengthened and are on course for a truly lasting partnership.

Here’s why. First, Ukraine is clearly a priority for U.S. foreign policy and is likely to stay in this category throughout the Biden Presidency. As noted above, Zelensky became only the second world leader to be invited to the White House after outgoing German Chancellor Angela Merkel. The country’s priority position is not only indicated by the strong language of the Joint Statement of the two presidents but the United States’ recognition of Ukraine as “central to the global struggle between democracy and autocracy.” The Biden administration is clearly stating that Ukraine’s fight against Russian aggression is the fight of a frontline democracy, signaling a partnership based on mutual interests and values (a powerful contrast to the transactional approach of the Trump White House). These are not statements the U.S. can easily walk away from and are so broad as to perhaps offer some reassurance to allies rattled by the withdrawal from Afghanistan.

Second, bilateral relations have entered a completely new chapter with a clear list of strategic priorities set in a number of sectors. One of the most important outcomes of the Washington Summit is the formal reestablishment of strategic dialogue, both by symbolic and practical means. Among the top results is the revival of the Strategic Partnership Commission (SPC), with its first meeting expected to take place as soon as this fall, and the Strategic Defense Framework Agreement, accompanied by an additional security assistance package worth $60m, including Javelin anti-armor systems, as well as other weapons. What is more, the two countries will start joint production of military hardware through Ukrainian defense giant Ukroboronprom, for the first time.

Third, although it is not there yet, the U.S. is gradually moving closer towards involvement in conflict resolution. According to Ukrainian Foreign Minister Dmytro Kuleba, the United States “will join Ukraine’s efforts to end Russian aggression” and his ministry is “currently determining optimal formats for involving U.S. partners.” Furthermore, President Biden gave a strong endorsement to the Crimean Platform, the newest conflict resolution format promoted by Zelensky and aimed at building a stronger international coalition for Crimea’s peaceful return. While U.S. participation in existing conflict resolution formats – such as the Normandy Format of the combatants plus Germany and France — is not an option without unanimous agreement, a more active role from U.S. diplomacy could make a significant contribution. In this regard, it is of key importance to highlight that the Joint Statement does not include any mention of the much-touted but hitherto ineffective Minsk Agreements that have failed to bring peace for seven years: a likely message from the Biden administration to Vladimir Putin that he should forget about a one-sided implementation.

Fourth, Ukraine also made important promises. It vowed to continue the fight against institutional and systemic corruption, clean up the judiciary, protect anti-corruption activists and officials, as well as to push through corresponding legislation. Time will tell if Zelensky proves successful, but his recent de-oligarchization drive appears to have some produced results in curbing the influence of the super-rich over the country’s political life, while the Ukrainian President, with some help from the country’s National Security and Defense Council (NSDC,) has significantly cracked down on malign Russian influence over recent months. Ukraine’s success as a democracy heavily depends on rooting out systemic corruption. Encouragement plus a certain level of conditionality from the U.S., as well as the Ukrainian desire to move the two countries closer, could be very helpful in transforming the country. The Ukrainian side also announced an ambitious “Plan of Transformation” that will be a key item to watch during the first meeting of the SPC, although it is so far light on specifics.

Taking all this into account, the summit can reasonably be judged a success, but of course, that is not enough. The U.S. and Ukraine should now use the impetus to implement a successful bilateral post-summit agenda. This could include priority areas where the results of bilateral negotiations are mixed (security and defense), and start meaningful trilateral consultations with Germany about Ukraine’s security in the wake of the new Russian pipeline. A presidential trip to Ukraine next year would be the icing on the cake.

Zelensky’s invitation to the White House was a serious signal of reassurance to the Ukrainian public, that America is here to help. There remains, of course, a lot more to do.

Dominik Istrate is a Foreign Policy Analyst with Political Capital, a non-partisan think tank based in Budapest, Hungary.