Raising Up the Caucasian Tiger

Secretary Pompeo should set out an ambitious bipartisan strategic vision for the South Caucasus during his upcoming trip to Tbilisi — a vision with Georgia as a regional lynchpin. 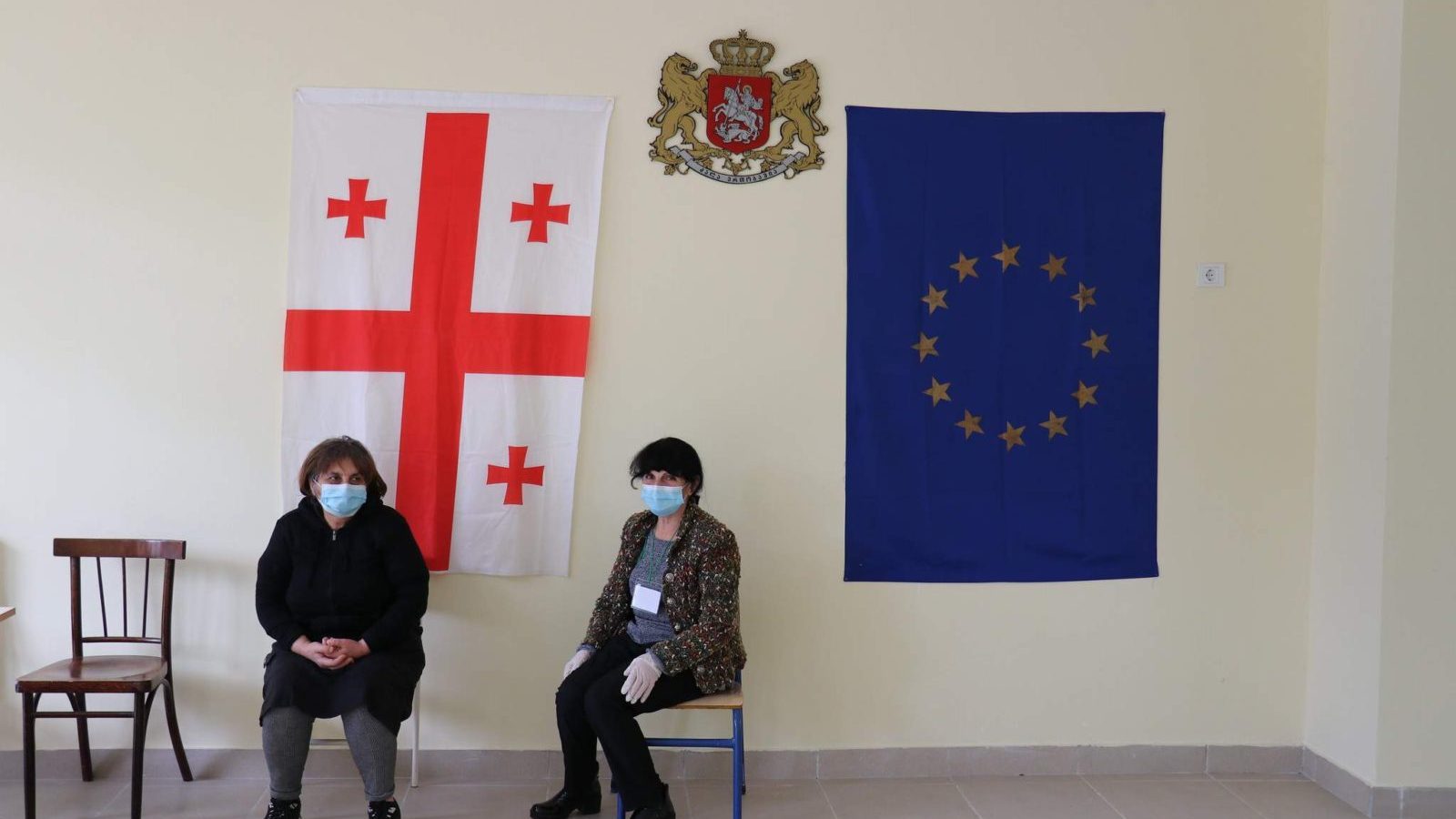 Secretary Pompeo should set out an ambitious bipartisan strategic vision for the South Caucasus during his upcoming trip to Tbilisi — a vision with Georgia as a regional lynchpin.

Secretary of State Mike Pompeo’s visit to Georgia on November 17 will mark the first visit of a Secretary of State since then-Secretary John Kerry’s visit in 2016. The visit comes at a crucial time for the region and for Georgia itself. At its best, the visit can set the tone for a bipartisan, strategic approach that can be picked up by the incoming Biden administration.

Regionally, Georgia’s neighbors in the South Caucasus, Azerbaijan, and Armenia, have just agreed to a Russian-brokered truce after renewed, brutal fighting in October. Tensions remain high. As part of the ceasefire, Azerbaijan has agreed to the deployment of Russian peacekeeping forces in Nagorno-Karabakh.

This means that for the first time since the break-up of the Soviet Union, Russia has military forces on the territory of all three states in the South Caucasus: in Armenia by invitation; in Azerbaijan as peacekeepers; and in Georgia as occupying forces in the regions of Abkhazia and South Ossetia. This creeping Empire-building puts particular pressure on Georgia, the most successful democracy and most Westward-looking society, in the region. Georgia needs greater engagement from the United States and the European Union as a counter to recent Russian moves.

The increase in regional geopolitical pressures comes on top of a tense domestic political situation in Georgia following recent national elections. The Central Election Commission has certified that the ruling Georgian Dream party won 48 percent of the vote, enough to form a new government without need of coalition partners. The United Opposition, however, has refused to accept this result, citing numerous allegations of voting irregularities that have yet to be investigated. On top of this, the supposedly “united” opposition is actually divided over how to handle former President Saakashvili, whose “United National Movement” political party came in second place in the voting.

Here, Secretary Pompeo’s job will be especially tricky. He will need to defend the rule of law on all sides – meaning insisting both that allegations of fraud should be investigated, and that remedies be made if and when appropriate. At the same time, he should stress that democracy requires both a government and a robust political opposition. The investigations and verification of election results must be followed by the winners forming a government, the losers taking up their places as opposition in parliament, and all sides committing to the continuation of the democratic process. Remedies must be pursued through legal democratic means.

The combination of geopolitical pressure and domestic upheaval afflicting Georgia comes on top of a major coronavirus outbreak in the region. As in the United States and Western Europe, Georgia’s cases have skyrocketed. The virus-related health and travel restrictions have had a significant impact on Georgia’s economy and will continue to do so for some time to come. To recover economically, Georgia will need to create economic growth and new jobs — something that can only be done by attracting significant levels of foreign investment. To achieve this, Georgia will need to enhance its ties with the European Union and the United States.

Georgia has a strong track-record of scoring well on World Bank “ease of doing business” indices. But despite these favorable rankings, foreign investors have been hesitant to commit. This is partly due to Georgia’s small market size, partly due to its geography, and partly due to perceptions about a judiciary and an investor climate that can be subject to political pressure.

For example, last-minute legislation and the appointment of a government administrator to reverse a private foreign investment into a major internet company (Caucasus Online), which is now leading to international arbitration, gives any potential investors pause.  Likewise, last year’s collapse of the Anaklia deep-water port development project (which failed for both commercial reasons as well as government-driven investigations into the consortium leaders), is perceived as a warning signal by investors. With a fresh approach in a post-election climate, this project (and others like it) can be revived as public-private partnerships.

Georgia needs to turn this narrative around. From being seen as a small, far-away market, Georgia needs to position itself as the gateway to the only East-West corridor linking Europe and Central Asia and China that does not go through Russia or Iran.  On its own, Georgia may not be as interesting to European and U.S. investors. But as the safest, most Western, most rule-of-law abiding, and most hospitable place for investments across the region, Georgia can become a vital financial, logistical, and cyber crossroads, and the most attractive location for regional headquarters.

Beyond reaffirming U.S. engagement and contributing to domestic political reconciliation in Georgia, Secretary Pompeo has the opportunity to put the United States squarely behind this vision of Georgia as the key economic player in the region. He can affirm the U.S. intention to establish a regional office of the U.S.  Development Finance Corporation in Tbilisi, offer U.S.  assistance in resolving investor disputes, and lay out a strategic vision that can be picked up and advanced by the next U.S. administration.

To help fend off a Russian bear and a Chinese dragon, the United States can help raise up a Caucasian Tiger.