Undeterred by the Pandemic, Europe and the United States Are Thwarting the Kremlin’s Nord Stream 2 Pipeline 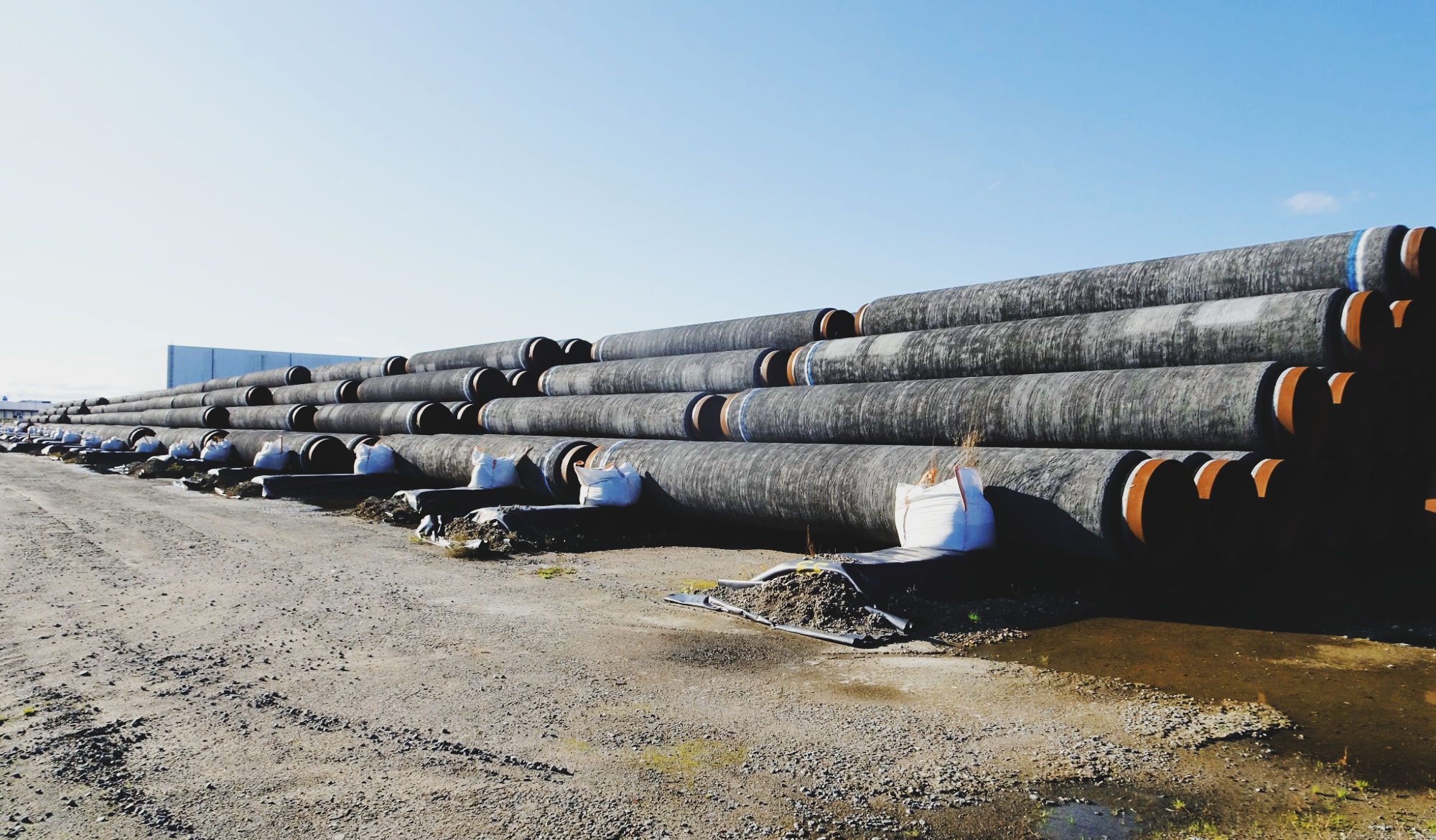 Undeterred by the Pandemic, the United States and Europe Keep up the Pressure to Thwart Russia’s Gas Pipeline

Earlier this year, Russian officials confidently proclaimed that the covid-19 pandemic would blunt transatlantic resolve to stymie Nord Stream 2. The opposite has been true, with sanctions pressure growing in the U.S. Congress and European regulatory and legal challenges to the Russian-German pipeline continuing apace.

On June 3 Poland’s anti-monopoly regulator, UOKiK, heralded a likely $56 million fine against Gazprom for its intransigence in its ongoing anti-monopoly proceedings. This follows earlier suits against Gazprom and five European energy firms (Engie, Royal Dutch Shell, BASF/Wintershall, Uniper, and OMV) involved in financing Nord Stream 2. These were originally 10 percent shareholders in the Baltic Sea pipeline project until a 2016 anti-monopoly challenge by UOKiK resulted in the reorganization of the project. Gazprom now holds a 100 percent ownership stake. The potential fine comes at a time when Gazprom is facing a quarterly loss for the first time in its history. Recent Russian investigative reports also show that the company’s Power of Siberia pipeline to China is set to lose $20 billion due to mismanagement, technical gaffes, and oligarchic corruption.

Gazprom is in trouble elsewhere in Europe too. The updated Gas Directive of the EU Third Energy Package threatens Nord Stream 2’s monopolistic business model. Gazprom has made the legally dubious claim that the project was “economically complete” at the time of enactment and thus should not be subject to regulatory norms like third-party access, ownership unbundling, and tariff transparency. This is hard to argue: at the time enactment the project was incomplete, lacked all relevant construction permits, and was incapable of transmitting gas.

Gazprom’s next step — as I wrote in this piece for the Atlantic Council in December —  is likely to be to set up a shell structure in which the project would be made to look compliant with the Third Energy Package, while avoiding any real anti-monopoly impact. It might for example attempt to create a virtual trading point for gas at the subsea boundary of the German territorial sea and exclusive economic zone on the Baltic seabed. Such a contrived legal regime would not mitigate the project’s national security risks, and would not form part of a broader compromise for the completion of the project.

Meanwhile on June 8 the bipartisan Congressional Ukraine Caucus, led by Rep. Marcy Kaptur (D-OH), released a letter urging Secretary of State Mike Pompeo and Treasury Secretary Steven Mnuchin to use the 2020 U.S. National Defense Authorization Act (NDAA) to apply sanctions against any firms that may engage in activities that facilitate the laying of the pipeline or provide any other technical support activities. The obvious targets are the two Russian-flagged pipe layers now in the Nord Stream 2 logistics port of Mukran in Germany — Akademik Cherskiy and Fortuna.  The Fortuna is owned by Russia’s MRTS, while the Akademik Cherskiy was owned by Gazprom subsidiary Gazprom Flot until early June when Gazprom reportedly transferred ownership of the vessel to the Samara Thermal Energy Property Fund (STIF). On paper, Gazprom’s idea is to shift ownership to a separate entity so that if the vessel is engaged in pipe deployment operations it would avoid a sanctions designation for one of its subsidiaries. While seemingly clever, this scheme falls apart for two reasons. First, the Akademik Cherskiy remains under the operational management of Gazprom Flot and would be engaging in the support of a sanctionable pipe laying activity for a project of which Gazprom holds complete ownership.  Second, the existing 2020 NDAA law takes such a scenario into account.  It states that designations would include “foreign persons that have knowingly sold, leased, or provided the vessels for construction of either project or facilitated deceptive or structured transactions to provide such vessels.”

But the sanctions are unlikely to stop there, given that an array of critical support vessels and technology service providers are required to facilitate new pipeline construction activities, such as pipe transport, subsea survey work, seabed stabilization and dredging.

On June 4 a bipartisan group of U.S. senators, led by Jeanne Shaheen (D-NH) and Ted Cruz (R-TX), introduced legislation, the “Protecting Europe’s Energy Security Clarification Act of 2020” aiming to ensure existing sanctions are sufficient to stop Nord Stream 2 indefinitely. Its language precisely defines the nature of sanctionable activities, including any work undertaken to advance the project’s physical construction since the enactment of the 2020 NDAA in December. Like the earlier sanctions legislation, the bill represents what have been referred to as “smart sanctions” — in other words, limited and technology-calibrated in scope, rather than a sectoral sanction that would indiscriminately target a broader swath of the energy market, and would thus be diplomatically and strategically problematic.

While Gazprom and its supporters have denounced the bill as an escalatory sanction, it, in fact, primarily defines the framework of specific pipe-laying activities that are arguably already covered in the existing 2020 NDAA law, and clearly reflects the intent of Congress as characterized in Kaptur’s letter. The bill includes provisions to ensure sanctions designations for firms that provide “services or facilities for technology upgrades or installation of welding equipment for, or retrofitting, or tethering of those vessels.” As I explained in a report with the Harvard Ukrainian Research Institute in May, this provision will halt a number of the technical paths that Russia appears to be considering to complete the Nord Stream 2 project.  This includes the potential for a tethered skin-to-skin maritime deployment configuration in which the Fortuna (which currently has required pipe-welding facilities onboard, but not a required dynamic positioning system, or DPS) would be tethered to the Akademik Cherskiy (which has the required DPS but not the required pipe-welding facilities) to deploy the project. The definition of sanctions provisions for firms “providing underwriting services, or insurance, or reinsurance for those vessels” is also significant since Gazprom has already been unable to find a firm in Russia that would be willing to insure the needed welding upgrades for the Akademik Cherskiy.

Gazprom may proceed with project deployment regardless of sanctions designations on Russian vessels and service providers. But it is unlikely that Nord Stream 2 could in fact function under this scenario given that the global sanctions compliance sector is highly risk averse. Were it completed by sanctioned Russian vessels, the project could become radioactive for Western firms. Even if Gazprom proceeded irrespective of this risk, a final clause mandating sanctions designations for firms “providing services for the testing, inspection, or certification necessary for, or associated with the operation of the Nord Stream 2 pipeline” is likely to ensure the project never comes into operation.  EU member states through whose maritime sphere the pipeline would pass require that “a verifying third party shall submit a ‘certificate of compliance’ documenting that the installations fulfill applicable legislation, standards, and Nord Stream 2 AG’s technical specifications,” as is the case for the Danish Energy Agency’s construction permit for the project.

As it turns out, Nord Stream 2 AG has selected the same firm that provided the pre-commissioning certification work for Nord Stream 1: DNV GL. An internationally accredited registrar and classification firm headquartered in Norway, DNV GL provides an array of services, including certification of large-scale critical infrastructure.  Like Switzerland-based Allseas, which exited the project in December 2019 following the passage of the 2020 NDAA sanctions given its own unwillingness to risk a sanctions designation, it is likely that DNV GL or any other Western certification firm would follow suit given portfolios that span multiple global jurisdictions.  Without an internationally accredited certification provider, it is unlikely that Gazprom could adequately backfill this project development task with a Russian firm and still be accepted by the relevant European authorities as providing an independent third-party assessment. And without certification, the project can thus not come into operation.

Narratives have also arisen recently questioning the need to proceed with U.S. sanctions given that Gazprom and Naftogaz, Ukraine’s national oil and gas company, concluded an agreement in December 2019 for five years of gas transit. Even if Nord Stream 2 were to come online and Gazprom broke the deal, it could be sorted out through the Stockholm arbitration tribunal, the narrative argues. This argument has two problems. First, the main reason that Russia completed its agreement with Ukraine at the end of last year is that the 2020 NDAA sanctions themselves made it impossible for Gazprom to complete Nord Stream 2 and thus have the physical capability to divert gas flows from the Ukrainian gas transmission system. Second, while the Stockholm arbitration tribunal did rule in early 2018 that Gazprom needed to pay Naftogaz nearly $3 billion in damages for non-delivery of gas under the original 2009 gas transit agreement, it was not until after the NDAA sanctions were enacted that Gazprom finally agreed to abide by the ruling. Thus, in the absence of U.S. sanctions, these positive policy outcomes would be thrown back into jeopardy.

The ongoing saga of Nord Stream 2 underscores how fundamentally important it is for developers of foreign policy and grand strategy to be mindful of how practical technology considerations are central to effective energy security policy planning.

It also highlights broader points. The pandemic has not endowed Vladimir Putin with superpowers. Nor has it upended Western institutional or political resolve. Signals from the White House about dismantling core elements of transatlantic security, such as the arms-control framework and U.S. military presence in Germany, or proposals to invite Putin to the next G7 meeting are worrying. But all have prompted broad bipartisan opposition on Capitol Hill. All can be reversed to enable a rebuilding of security norms and trust.

Unlike shorter-term decisions that can be rapidly reoriented, development of critical infrastructure can have an outsized impact on national security dynamics for decades. The negative security impacts of Nord Stream 2, in particular, could last a generation. It is therefore heartening to see that Europe and the United States remain resolute in their support for Europe’s energy diversification strategies in the midst of the pandemic. The continued regulatory, legal, and sanctions policies aimed at curtailing Gazprom’s pipeline pursued by Europe and the United States remain as vital as ever. That gives heart to transatlantic security optimists – such as myself.

Photo:  “Rohre für Nord Stream 2 in Mukran” by Gerd Fahrenhorst via Wikimedia under CC BY 4.0. 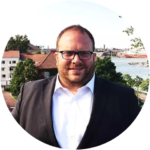