Russia’s aggression against Ukraine is clear, as are its breaches of international law. 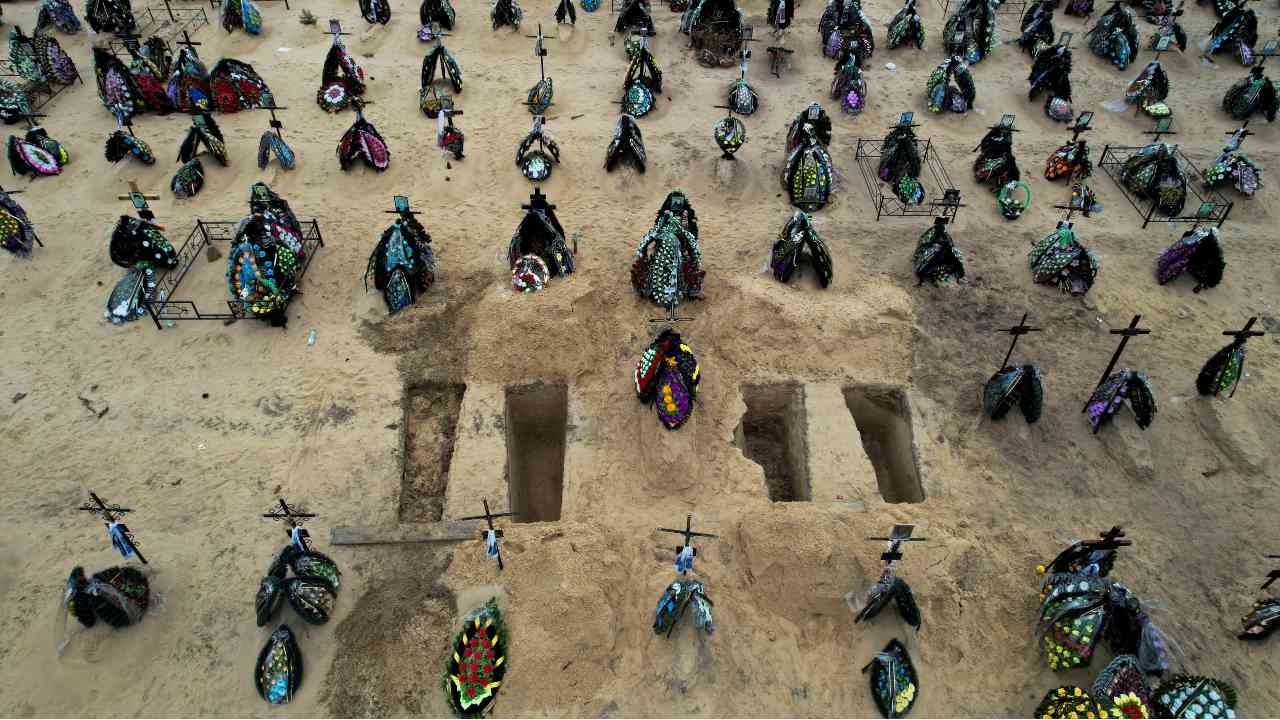 Photo: A view of at least three rows of new graves for people killed during Russia's invasion of Ukraine, at a cemetery in Irpin, Kyiv region, Ukraine April 18, 2022. Picture taken with drone. Credit: REUTERS/Zohra Bensemra

The most fundamental war crime is to make war. Article I of the 1928 Paris Peace Treaty, which the Soviet Union joined in 1929, binds its signatories to declare that “they condemn recourse to war for the solution of international controversies and renounce it as an instrument of national policy in their relations with one another.” Article II commits the parties never to deal with” any dispute that may arise among them, except by pacific means.”

Russia’s war against Ukraine violates these obligations, energetically championed by Stalin’s Commissariat of Foreign Affairs nearly a century ago.

Critics complained that the Paris Pact provided no mechanism for its enforcement. It did not prevent aggressive wars in Eurasia or the Asian Pacific. Within 12 years, all its signatories were involved in the world’s largest war in history. Still, the Nuremberg Tribunal and Tokyo Tribunal tried and executed the German and Japanese leaders believed to have been responsible for starting world war—a crime against peace.

The 1928 treaty outlawed war. It started as a bilateral French-American accord, but representatives of 15 governments including Germany and Japan, met in Paris and signed the treaty on August 27, 1928. Eventually 62 states adhered. The treaty marked the high point of idealism in the pursuit of peace. The US Senate approved the treaty by a vote of 85-1 and it took effect on July 24, 1929.

The pact originated in a quest by French Foreign Minister Aristide Briand to enlist the United States in an alliance to prevent another war by Germany. Unwilling to make such a pledge, US Secretary of State Frank Kellogg suggested instead a multilateral commitment to peace.

Grigori Chicherin, Stalin’s foreign commissar in the 1920s, was skeptical about empty words, but his successor Maksim Litvinov sought collective security and worked to include the USSR in the family of nations. His government was not invited to be an original signatory of the Paris pact, but Litvinov persuaded eight neighboring states to sign what became known as the Litvinov or Moscow protocol. The USSR did not join the League of Nations until 1934 (one year after Hitler’s Germany withdrew) but the Protocol was registered with the League of Nations as the “Protocol for the Immediate Entry into Force of the Treaty of Paris of August 27, 1928, Regarding Renunciation of War as an Instrument of National Policy.”

The initial signatories included the Soviet Union, Poland, Latvia, Estonia, and Romania. They agreed to put the Kellogg–Briand Pact into effect without waiting for others to ratify it.

Four other countries later adhered to the protocol: Lithuania, Finland, Persia, and Turkey. Ukraine could not sign on to the protocol because it was a union-republic of the Soviet state. It lacked its own foreign ministry until 1944, when Stalin created the image of an independent Ukraine and Belarus, so they could become founding members of the United Nations, thus giving he Soviet delegation two more votes in the General Assembly.

So, Putin’s invasion of Ukraine violated not only the Kellogg-Briand Treaty outlawing war but also the Litvinov or Moscow Protocol created and signed by Stalin’s foreign office.

Do these long-ago commitments still bind the Kremlin? Yes. In 1991, the Russian Federation claimed to inherit all the rights and duties of the just-collapsed Soviet Union. Furthermore, all UN members are bound by the UN Charter and its Article 2(4), which provides that a UN member state may not threaten or use force against the territorial integrity or political independence of another state.

However, the UN Charter’s Article 51 acknowledges self-defense as an exception to the prohibition against the use of force. Any such act must be reported to the UN Security Council.

The world does not need a special investigation to demonstrate that the Russian Federation has violated not only the Litvinov Protocol but also the UN Charter. There is also abundant evidence that Putin’s forces have killed, raped, and tortured civilians in Ukraine—war crimes and crimes against humanity. Indeed, Putin seems to aim at a genocide of the Ukrainian people, fully meeting the definition laid out in the 1948 Genocide Convention. Official Kremlin statements and radio broadcasts rationalize extermination of the Ukrainian nation when they claim that all Ukrainians as well as their government (led by a Jew), must “be denazified.”

By the logic of Nuremberg, President Putin should be arrested if he enters the jurisdiction of any UN member and brought to the International Criminal Court (ICC) or special tribunal to adjudicate war crimes in Ukraine.

That seems very unlikely at this point, but so too did the likelihood of Serbia’s President Slobodan Milošević facing trial for his crimes during the Wars of Yugoslav Succession from 1991-99. He spent his last five years in prison and died alone in a cell.