Along with the technical and energy security considerations that Balmaceda presents along the journey, she also presents essential historiographical accounts. 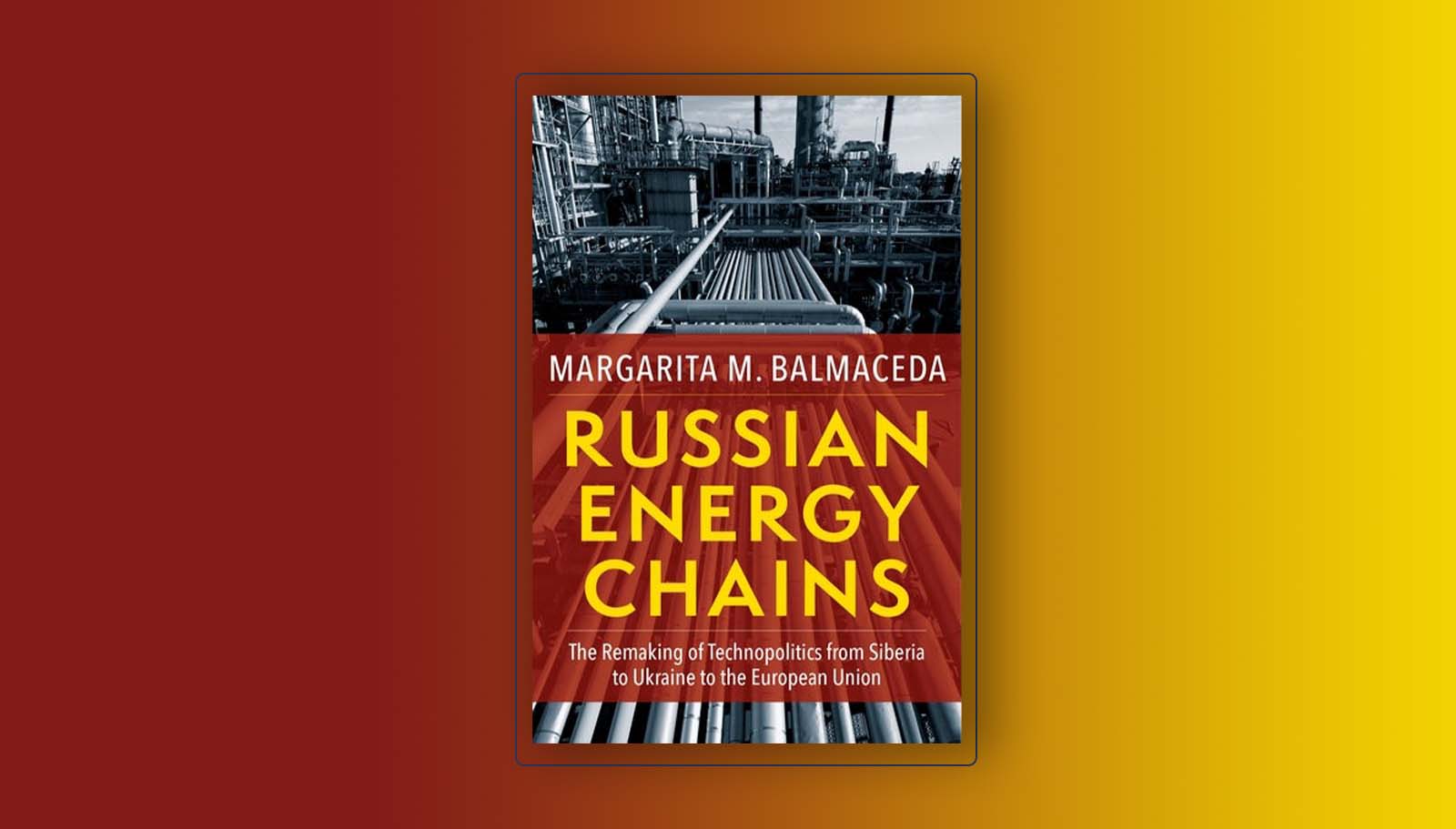 “Russian Energy Chains: The Remaking of Technopolitics from Siberia to Ukraine to the European Union” by Margarita M. BalmacedaColumbia University Press, 2021, 440pp, $105

“Russian Energy Chains: The Remaking of Technopolitics from Siberia to Ukraine to the European Union” by Margarita M. Balmaceda

The Kremlin’s geopolitical adventurism has reached a fever pitch in recent weeks. This includes the precipitous buildup of Russian military personnel and equipment along the Ukrainian border, the launch of a weapons test that resulted in a field of space debris that threatened both NASA astronauts and Russian cosmonauts on the International Space Station, and the weaponization of migration by its client state, Belarus.

As if these actions weren’t concerning enough, they all took place during an ongoing energy crisis in Europe, made worse by Russia deliberately refusing to take normal market action to export gas to their storages in the EU ahead of another cold European winter. Across the energy value chain, the Kremlin has weaponized energy over the past two months in a variety of dramatic ways. This includes not only President Vladimir Putin’s explicit linking of a rapid certification of Nord Stream 2 with taking action to help ease the EU’s energy crisis, but also reports that Gazprom had been pressuring Moldovan leaders to abandon steps toward their Euro-Atlantic aspirations in exchange for a favorable gas contract. Not to mention, Belarusian President Alexander Lukashenko getting in on the game by threatening the EU with a gas supply cut-off should Brussels move forward with sanctions on Minsk.

Far from performing a markets-only analysis — what I often call “the Bloomberg terminal approach” — to understand energy dynamics as emerging from and having impacts strictly within economic systems, a broader analytic framework is required to assess how authoritarian nations like Russia weaponize energy. This must include not only economics, but an understanding of geopolitical motives, national security impacts, and transnational kleptocratic trends, all on top of a robust grasp of the technical realities of the resources and energy infrastructure project developments themselves

This is why I can’t recommend enough Dr. Margarita M. Balmaceda’s new text, “Russian Energy Chains: The Remaking of Technopolitics from Siberia to Ukraine to the European Union”. Dr. Balmaceda not only presents a compelling framework to assess whether Russia can effectively weaponize its energy resources, but also then presents the technical, economic, and geopolitical implications of all three of Russia’s primary hydrocarbon energy value chains — natural gas, oil, and coal from the novel perspective of the resource itself. This means that Balmaceda allows you to buckle up and ride along from the perspective of a natural gas molecule as it travels from extraction in Western Siberia to distribution to a power plant in Nürnberg, Germany. Along with the technical and energy security considerations that Balmaceda presents along the journey, she also presents essential historiographical accounts on the way.

To get a sense of the unique structural approach, consider one moment Balmaceda describes in the gas molecule’s journey: “The Urengoy gas molecule we are following in this chapter entered Ukraine at a unique moment in its energy history: in 2011, the last year before the entrance in 2012 into full operation of the Nord Stream pipeline, completed in 2011 to bring Russian gas to Germany through a direct link under the Baltic Sea instead of transit via Ukraine, thus threatening to take significant transit volumes and revenue (about $2.2bn in 2011) away from the country.”

To provide more examples would only spoil the reading experience, though one would be remiss not to mention Balmaceda’s helpful inclusion of a glossary of key terms, a chronology of the main energy events in Europe, and a well-stocked list of key actors in the EU-Ukraine-Russia energy triangle. Those sections alone would make this text a must-have for European energy security enthusiasts, but the entire analytic work should be required reading for any policymaker whose remit touches on energy geopolitics — which these days, seems to be most transatlantic leaders. Read this book — it won’t disappoint.