The West lacks a strategy to deal with the Kremlin’s regular temper tantrums. It’s time to craft one 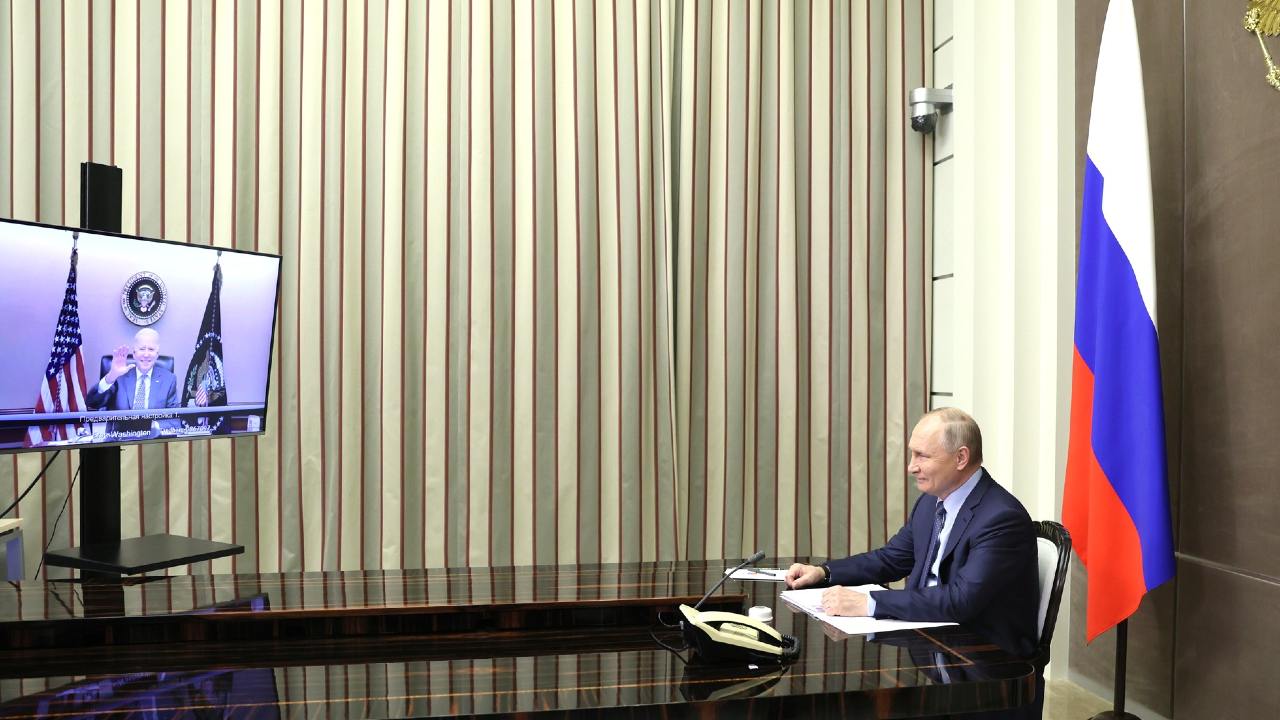 In mid-October, President Vladimir Putin’s press secretary Dmitry Peskov confidently told reporters that a meeting in some format would occur between his master and President Joe Biden by the year’s end. His comments were made shortly after  Under Secretary of State for Political Affairs Victoria Nuland held a series of meetings in Moscow, including with Putin’s assistant Yuri Ushakov. At the time, the White House denied anything was in the works, and the idea of another meeting (following June’s summit) seemed far-fetched.

By late November, things were spiraling out of control in Central and Eastern Europe as Belarusian dictator Aliaksandr Lukashenka’s weaponizing of migrants posed a real threat to Poland and Lithuania’s borders, even as Putin was busy amassing a large-scale military force on Ukraine’s border.

Putin’s triggered a hectic response as the US scrambled to warn allies that Russia was preparing a full-scale invasion of Ukraine, even sharing sensitive intelligence, which was alarming enough to get a unified promise of a swift European action should Russia further invade. The threat of invasion reached such levels that Biden decided to speak with Putin personally to deliver a detailed set of warnings to reverse course and pull his troops back.

In the background, Russia’s regime and its propagandists have been sounding the war drums. For a month now, Putin and his regime have been peddling an imaginary threat to Russia’s national security posed by NATO, even warning that an imminent attack was possible. It should hardly need stating that there is no build-up of NATO forces on Russia’s borders, that Putin previously threatened an invasion of Ukraine in the spring by massing troops at a time when there was also no threat, and that the only military invasions undertaken in recent years in Europe — Crimea and Eastern Ukraine — were launched by Putin himself.

The call between the presidents lasted two hours, with the White House offering a readout shortly after from National Security Advisor Jake Sullivan. “I will look you in the eye and tell you, as President Biden looked Putin in the eye and told him today, that things we did not do in 2014 we are prepared to do now,” Sullivan said. The White House detailed a series of measures should Putin invade, including: the possibility of disconnecting Russia from the SWIFT international payment system used by banks globally, preparations of the strongest-yet sanctions package against Putin’s regime, an expectation that Germany will block the opening of the Nord Stream 2 pipeline, while again reiterating full support for Ukraine. Biden also held a call with the leaders of Germany, Italy, France, and the UK ahead of the call with Putin, and promised to brief them afterward. Sullivan said the US and Europe are talking about a range of measures “at a deep level of specificity.” The message was clear that short of military intervention, the US and Europe were prepared to act in a much stronger and unified manner than when Russia invaded and illegally annexed Crimea in 2014.

Another somewhat bleaker message was also clear — that Putin can get a phone call and guarantee of future meetings whenever he pulls the lever and escalates.

Unusually, Russian state media let the US take the lead in messaging and for the first few hours, reported solely on the White House readout, news of Congress stepping back from sovereign debt and Nord Stream 2 amendments in the National Defense Authorization Act, and statements from Sullivan and Nuland.

The Kremlin had been quick to announce the start of the call, even putting out a video of the first few seconds of the conversation between President Biden, but then lapsed into silence. This caused some head scratching, but the messaging quickly came together when the Kremlin finally published the readout.

In the end, this was predictable enough, with Putin demanding guarantees that NATO will not “expand in an eastern direction,”  promises of continued cooperation on cybersecurity, future dialogue, plus (ironically enough) a few grievances about failures to honor past agreement like Minsk, which Russia breaches on a near-daily basis. Putin’s assistant, Ushakov, briefed reporters in the late hours of the night: “A two-hour conversation took place. Exactly two hours the presidents talked in the format of a closed video conference call. The conversation was quite frank, had a businesslike character, but at the same time, there was a place for jokes and exchange of compliments. A normal conversation between two serious leaders when they are discussed serious questions.”

Ushakov also stated that Putin presented Biden with “red lines”, the supposed further advance of NATO to the east, and the deployment of offensive weapons in Ukraine and other countries bordering on Russia.

In response to Russia’s military build-up, Ushakov stated: “Putin said that you Americans are worried about our battalions on Russian territory thousands of kilometers from the United States, and we are really worried about our security, the security of Russia in a global sense, on a global scale.”

Leonid Slutsky, chairman of the State Duma‘s international affairs committee, took to Telegram to offer his comments on the talks, saying that their results give grounds for cautious optimism, “although, of course, no one expects miracles.” Nevertheless, the results of the dialogue give hope that the tension of the last month will subside, “as well as the degree of anti-Russian hysteria in the Western political and media space will decrease.”

It is not clear whether Putin will follow through with his Soviet ambitions and launch another invasion sometime after the 30th anniversary of the dissolution of the Soviet Union on December 8, but the Kremlin has yet again illustrated its understanding that threatening other countries pays off. From the comfort of his vacation home in Sochi, Putin managed to put himself and his regime on an equal footing with the United States, while blithely issuing red lines. Russia’s president manufactured a crisis and in return was granted a phone call which placed him squarely at the center of the world’s attention. This may work this time, as it has worked in the past, but it would be foolhardy for the West to allow this to continue: it will encourage the Kremlin to commit further reckless and dangerous acts whose consequences may one day be extremely grave and to extort meetings to solve problems which Russia itself manufactures. Western leaders need a strategy because right now they’re simply reacting to events.