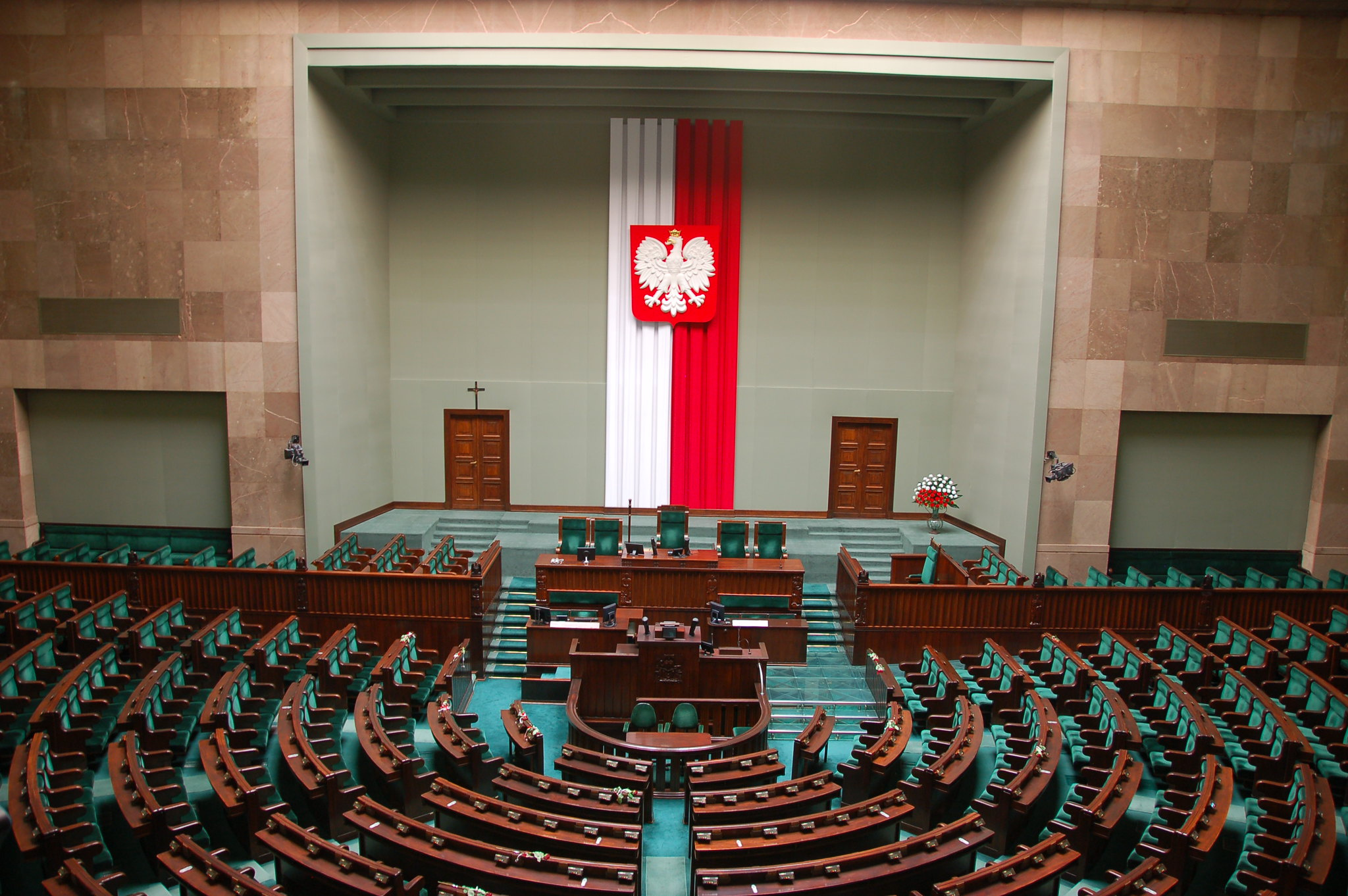 Much Western commentary on Poland portrays the victory of the Law and Justice (Prawo i Sprawiedliwość; PiS) party in 2015 as a tragic and inexplicable setback for the once-poster child of post-communist transformation. The country is in the throes of a populist fervor, the story goes, its democracy dismantled by a retrograde clique. There is perhaps some truth to this narrative, but it is incomplete and overly simplistic. A new book provides a corrective and complementary view to this doom-laden picture of a country on a downward spiral toward authoritarian rule.

In The End of the Liberal Mind: Poland’s New Politics six Polish intellectuals attempt to explain the underlying story. All have authored volumes on the subject in Polish. Each chapter is a synthesis of one of them. The result is a worthwhile, if at times uneven, read.

A recurring theme is the role of broader historical patterns in Poland’s political development. Jarosław Kuisz, editor in chief of Kultura Liberalna, a prominent left-of-center magazine and the publisher of this volume, describes the past 200 years as a “series of disintegrations of the [Polish] state.” Consequently, a collective identity coalesced around the nation’s protracted struggle to reclaim its sovereignty. The restoration of Polish independence in 1989, therefore, produced “an insolvable political problem … There is nothing more to reclaim, yet old habits persist.” Poland’s legacy of interrupted statehood, punctuated by long periods of subjugation, has conditioned the Polish people to adopt what Kuisz calls “an occupation mentality.” Hence the persistent calls by PiS to rebuild the state.

Tomasz Sawczuk, also of Kultura Liberalna, expands on this theme, pointing to a view widely held among the PiS leadership that the Polish historical experience of “interrupted continuity” has made it necessary to rebuild the national ethos, what President Andrzej Duda has called the “reconstruction of Polishness.” This imperative stems from the conviction that the end of communism did not bring with it the anticipated break with the past. In this perspective, until Poland can finally close the books on the communist period, the country will remain a “spiritually foreign state.” The belief that the rules are rigged makes it incumbent on the government to reject them.

Several contributors argue that the blame for Poland’s democratic decline does not rest solely with PiS. Political scientist Rafał Matyja attributes the polarization in Polish politics in the early 2000s to a cynical effort on the part of two former prime ministers, Jarosław Kaczyński and his Civic Platform (Platforma Obywatelska, PO) counterpart Donald Tusk, to stoke divisions and kindle outrage in Polish society. The Smolensk plane crash, which claimed the lives of 96 Poles on April 10, 2010, including then-President Lech Kaczyński, only intensified this drive, engendering bitter recriminations on both sides. Stefan Sękowski of Nowa Konfederacja, a Warsaw-based think tank, meanwhile, characterizes the PiS government’s recent transgressions as a deepening of the pathologies of its predecessors. He accuses the Tusk government (and before it, Leszek Miller’s government) of neglecting to pass necessary reforms while debasing the political culture with targeted smear campaigns and ad hominem attacks (a practice the current government has continued with alacrity). Sękowski describes a Poland that is stuck in the past, its politicians engaged in a kind of “recycled anti-communism.” Fights are less about the issues and more about the backgrounds of the combatants, with PiS aiming much of its criticism at the opposition for its alleged ties to the communist system.

Journalist-turned-parliamentarian Maciej Gdula argues that the success of PiS boils down to the fact that it has given “ordinary” Poles a sense that they are participating in a conversation from which they have long been excluded. PiS has skillfully crafted an oppressor/victim narrative of the past 30 years of post-communist transition in which a handful of well-connected elites have profited at the expense of the rest. In this perspective, efforts to overhaul the system represent a legitimate exercise of state power to check the abuses of the powerful few. If Gdula’s essay has an overarching argument — a somewhat convoluted prose style complicated this reader’s effort to discern one — it is that Poles have flocked to PiS because the party makes them feel they belong to the national community. In interviews with PiS voters, Gdula encounters aggrieved Poles who feel alienated from and forgotten by the “elites” of the PO and Polish Peasant Party (PSL) (the previous governing coalition). By supporting the government they regain some of their agency. As Gdula puts it: “A greater sense of empowerment is at the core of this neo-authoritarianism.”

In a concluding essay on the role of emotions in Polish politics, Karolina Wigura, an academic and editor at Kultura Liberalna, contends that political developments have been driven by a sense of profound loss (and, indeed, the 2015 PiS campaign counted among its slogans “Poland in ruins”). The upheavals attendant upon the systemic transformation as well as the near-total replacement of one way of life with another came at a cost, what Wigura calls “transformational loss.” In this perspective, decades of racing at breakneck speed to “catch up” with the West have taken their toll. According to Wigura, Kaczyński has skillfully exploited this sense of grief, and married it to his personal loss following the death of his twin brother.

A number of authors attribute the opposition’s failure to mount a successful challenge to its overemphasis on the threat to the rule of law. Pointing to polling data that shows 70 percent of Poles in 2014 wanted fundamental changes to the political system, Sawczuk urges the opposition to do the hard work of earning back the public’s trust instead of merely opposing the government. Sękowski, meanwhile, calls for a younger generation of Poles to come forward and replace the Manichean “us versus them” thinking inherited from the communist era with a less recriminatory approach. (Similarly, Gdula encourages his fellow Poles to rally around an alternate vision, one based on “collaboration and social solidarity.”) I would add that the opposition needs to articulate a viable myth in which to anchor the Third Republic, what academics Jan Kubik and Amy Linch have called “a well-articulated and broadly-appealing symbolic frame” that would enable the Polish people to come to terms with the suffering endured under the communist regime.

The real value of the book lies in the broader historical context it brings to the present turmoil. Western commentary on Poland typically has a narrow time horizon, rarely stretching back more than a decade. As a result, much of it fails to capture the underlying historical dynamics driving the changes in the political culture, foremost among them the tortured legacy of Poland’s “unfinished revolution.” This is the widespread belief that the enrichment of former communists after 1989 and failure to pass de-communization laws have prevented the country from becoming a truly democratic polity. Appeals to the rule of law by the opposition fall decidedly flat because the law is not perceived as legitimate in the first place. Until the residual communist elements are rooted out, the thinking goes, Poland will remain “a democratic façade” (fasada demokracji). Recovering this understanding of Poland’s post-communist transition situates the objectives of Kaczyński’s Law and Justice party within the larger context of Polish politics.

We need more English-language books on Poland by Poles. Unfortunately, a number of the essays in this volume are imperfectly translated, while several feel more like collections of observations than sustained arguments. Nonetheless, given the relative dearth of English-language writing on the political situation in Poland, and the increasingly apocalyptic tone adopted by some foreign “Central Europe explainers,” The End of the Liberal Mind is a welcome addition. Its contributors, while universally critical of the ruling party, eschew the histrionics and facile explanations regnant in much Western media coverage of Europe’s “democratic backsliders” and seek instead to understand the dynamics at play in the country.

Chelsea Michta is a Ph.D. candidate in history at the University of Cambridge where she is studying as a Cambridge Trust Scholar. Her dissertation examines the role of memory politics in the Polish post-communist transformation. She was previously a Title VIII Fellow at CEPA.

Photo: “Sejm i Senat” by Krzysztof Belczyński via Flickr under CC BY-SA 2.0. 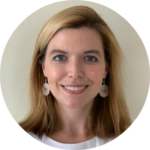