Poland Confronts the EU Again – This Time on Digital

Warsaw and Brussels clash on fundamental issues such as abortion and judicial independence. Now they are fighting over digital content moderation. 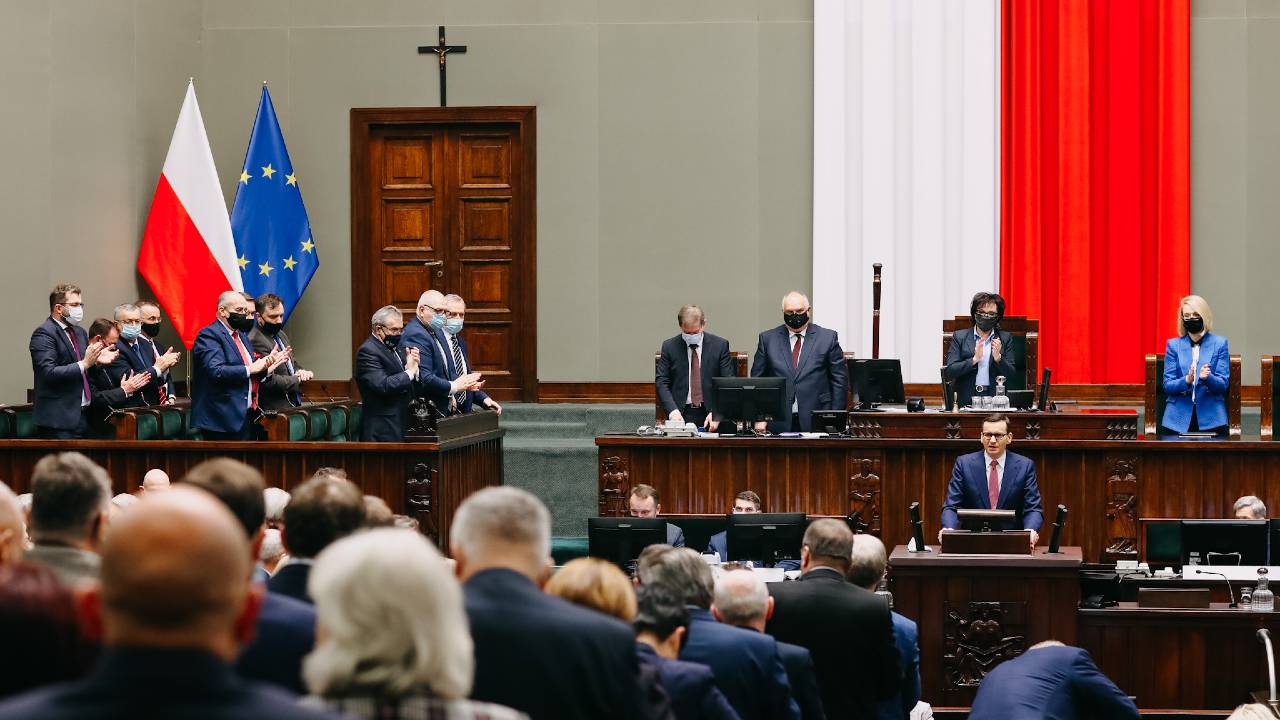 Photo: Extraordinary sitting of the Sejm of the Republic of Poland. Credit: Krystian Maj/KPRM.

Lukashenka Plays Russian Roulette Data Privacy Reform Must Consider Civil Rights Giorgia Meloni Preaches Tech Nationalism. But Can Italy Go It Alone?  Europe Overegulates, US Abdicates – and China May Win the Race for Tech Supremacy The Splinternet is Here: How to Make the Most of it Tracking Chinese Online Influence in Central and Eastern Europe Expelling Russia from the UN Security Council — a How-to Guide
Explore

Polish nationalists are furious with Facebook. This month, the social media giant banned the opposition nationalist party, Confederation, for spreading COVID-19 disinformation. Instead of cheering the troubles of a political opponent, Polish government officials rushed to its defense, linking the ban to negotiations about the rules governing digital platforms, including in the EU’s Digital Services Act (DSA).

It’s not the first time that Facebook has sparked accusations – which echo those against social media in the United States – of an anti–conservative bias. In 2016, Facebook removed the page of the Independence March Association, the organizer of the annual nationalist march in Warsaw, citing hate speech. Defending the decision, Facebook’s Deputy Head of Public Policy EMEA at the time, Richard Allan, wrote that the social media platform’s standards are “politically neutral”.

The present ban targets a far-right nationalist party opposed to the ruling right-wing Law and Justice Party. Although the Confederation Party has just 11 lawmakers in the 460-seat Sejm, the lower chamber of parliament, it has a strong Facebook audience, with 671,000 followers, more than twice as many as Law and Justice. Like other nationalist Polish movements, Confederation leverages social media to reach its supporters, who are disproportionately young men.

Krzysztof Bosak, one of the Confederation’s leaders, announced the ban on January 5, via Twitter. The party’s Twitter account, which has more than 112,000 followers, continues to operate.

In response, Facebook’s owner Meta cited “repeated violations” of its COVID-19 disinformation policy, such as claims that masks do not restrict the spread of the disease and that COVID-19 vaccines fail to provide immunity and are ineffective. In addition, Facebook said Confederation had shared content “directly attacking other people on the basis of so-called protected characteristics, such as nationality and sexual orientation.” It had “warned the page’s administrators several times” about the violations.

Confederation politicians responded by denouncing what they see as Big Tech’s attempts to censor their party. They have presented a draft law on “protecting democratic public debate on the Internet” that would prevent social media platforms from removing pages and content created by political parties and election committees. The proposed law would allow the country’s National Election Commission to fine the owners of Internet platforms found guilty of political censorship up to 50 million złoty ($12.4 million).

Although political enemies, officials from the ruling right-wing Law and Justice Party joined in the attack against Facebook. In a statement published on Jan. 5, Secretary of State for Digital Affairs Janusz Cieszyński wrote that it takes away “a major political discourse opportunity” from Confederation and “sets a dangerous precedent.”

“@Meta – who is getting banned next?” he asked in the tweet.

Going forward, the Polish government could use the Confederation ban to slow down or change the course of the DSA. Just like some US Republicans, Poland wants to prevent platforms from blocking political content.  “Facebook is a monopolist. Due to its dominant position [it] should be subject to special control as regards possible abuse of its position against other entities,” the government wrote in a statement published on its official website.

“Digital censorship is a powerful threat to democracy today,” added Prime Minister Mateusz Morawiecki on his Facebook page. “Social platform owners need to understand that freedom of debate means that there are views with which we disagree.”

Annabelle Chapman is a Europe-based journalist. Her articles from Poland and elsewhere have been published in The Economist and other leading international publications. She holds a doctorate from the University of Oxford.