Piecing Together The Kremlin’s Puzzle

Here’s a puzzle. Russia bullies its neighbors, but not systematically enough to subdue them. It interferes in other countries’ politics, but the results are fragmentary and disappointing. By attacking Ukraine, for example, the Kremlin ended centuries of ambiguity about national identity in its most important neighbor, crystallizing the country’s post-colonial orientation. Russian saber-rattling and subversion […] 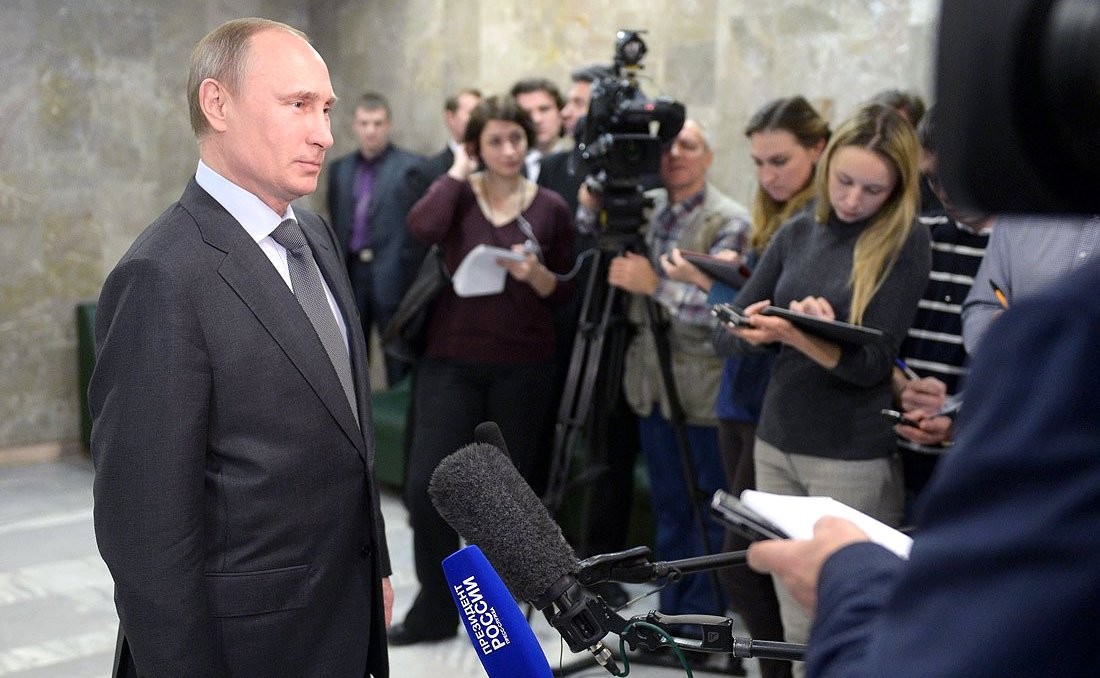 Here’s a puzzle. Russia bullies its neighbors, but not systematically enough to subdue them. It interferes in other countries’ politics, but the results are fragmentary and disappointing.

By attacking Ukraine, for example, the Kremlin ended centuries of ambiguity about national identity in its most important neighbor, crystallizing the country’s post-colonial orientation. Russian saber-rattling and subversion stoked hawkish sentiments in Finland and Sweden, two non-NATO European neighbors which yearned only for peaceful, business-like ties.

Elsewhere, Russia’s aggressive military posture made NATO, reluctantly, reclassify its eastern neighbor as a threat, and draw up contingency plans to defend the frontline states. European countries grudgingly decided to increase their military spending. America’s commitment to the defense of Europe, which once seemed shaky and obsolete, is its strongest in decades.

Russia’s crude use of the energy weapon made the once-supine European Union take energy security seriously, demolishing Gazprom’s business model, building a north-south gas grid, and forcing through the “unbundling” (liberalization) of the energy industry.

Russia’s exercise of clandestine influence in foreign countries’ politics paid negative dividends too. Britain, which used to be contemptuously complacent about any talk of a threat from Russia, is now gripped with the question of Kremlin meddling in last year’s Brexit referendum.

Even setting aside Robert Mueller’s investigation into Russia’s interference in the American presidential election, evidence of dirty tricks there already abounds, such as the fake accounts on Twitter and Facebook pumping out aggressive, polarizing disinformation. Germany, once Russia’s most important friend in Europe, is devoting serious resources to investigating and countering Russian subversion. France exhibited a steely national consensus in the face of a Russian hacking-and-leaking attack during this year’s presidential election. So why does the Kremlin pursue such a seemingly counter-productive approach, when softly-softly tactics would be far more effective? Had Russia played its cards differently we would have no NATO expansion, let alone territorial defense. It would have far stronger influence in Western capitals. The warnings of the former captive nations (and of people like me) would have seemed like ridiculous scaremongering.

An even bigger puzzle is why the policy is so blatant. Surely the best way to practice subversion is in secret? The Kremlin’s attempts to influence other countries’ politics are embarrassingly overt. The military bluff and intimidation also seem unnecessarily high profile. One answer is miscalculation. Despite the systematic degradation of our Russia-watching capabilities, our government agencies, think tanks and media outlets are still able to investigate and draw conclusions.

Similarly, the Kremlin understands Western weaknesses much better than it understands Western strengths. It exploits divisions, but is caught by surprise when the result is greater unity. Vladimir Putin and his cronies doubt that the West really believes in values such as integrity and solidarity. Why should “real” countries like Britain, France, Germany, and the United States commit scarce money and take risks to defend “pipsqueak” places such as the Baltic states? When we do just that, Russia is taken aback.

The deeper answer is that a lot of the Kremlin’s behavior has different aims. Partly, the audience is at home. Making Russians believe that the West is hostile helps distract attention from the failure of the regime to modernize the country. Showing off the success of Russian political and military capabilities provides a consoling dose of national pride to a country which in most respects is lagging behind the rest of the world.

The impact is greatest, though, with non-Western audiences. For them, the furor in the United States, Britain and elsewhere about the Russian menace and interference sends a potent message: Vladimir Putin’s regime can project serious power beyond its borders. Better take it seriously.