On Snow and Security

Reflections on the 2019 Snow meeting Twelve years ago, a handful of security-policy experts, politicians, and officials gathered in the snowy Lithuanian resort of Trakai for an intensive 24 hours of discussions. I still have my notes from that first Snow meeting, and from every one since. The debate was free-flowing, concise, and well-informed. Back […] 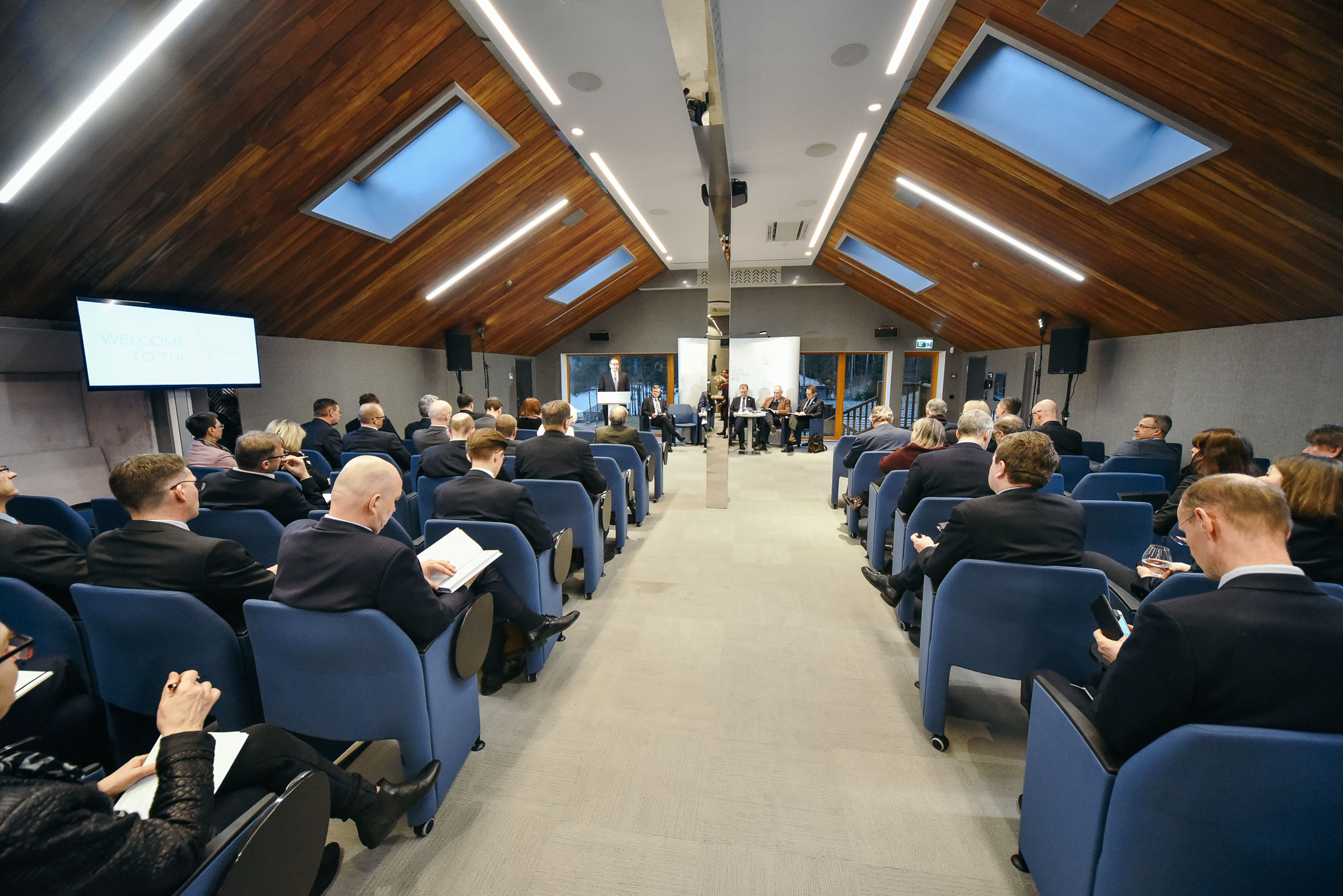 Reflections on the 2019 Snow meeting

Twelve years ago, a handful of security-policy experts, politicians, and officials gathered in the snowy Lithuanian resort of Trakai for an intensive 24 hours of discussions. I still have my notes from that first Snow meeting, and from every one since. The debate was free-flowing, concise, and well-informed.

Back in 2007, even the idea that European security was at risk seemed eccentric to outsiders. Vladimir Putin had made a menacing speech at the Munich Security Conference the year before. But the cyber-attack on Estonia that summer was yet to come; so too was the disastrous 2008 NATO summit in Bucharest, where the Bush administration botched Ukraine’s and Georgia’s accession chances. The alliance then had no contingency plans to defend the Baltic states, and saw no need for them; talk of territorial defense was taboo. That Russia would invade a neighboring country and annex its territory would have seemed unlikely, even to the über-hawks gathered in Trakai.

Over time Snow meetings have become, necessarily but sadly, much bigger and more structured, though the central feature of frank, unattributable discussion remains. Each year brings new faces, and new urgency. Yet the outlines of the problems remain broadly similar: chiefly, can countries on Europe’s frontier trust the Americans? The worry under George W. Bush was that the war on terror (remember that?) was being fought at the expense of transatlantic cohesion. Under Barack Obama, concerns revolved around the appearance of carelessness, in the “reset” with Russia, the abrupt cancellation of missile-defense plans, and the ‘pivot to Asia.’

Donald Trump’s rebarbative rhetoric accentuates the problem further. The facts are plain: the U.S. military commitment to the “frontline states” has never been bigger, stronger, or better funded. But would the irascible, transactional president make (or tweet) the wrong decision in a crisis? Nobody knows. Some Lithuanians wonder privately, and not so privately, if the Baltic states and other European allies will prove as disposable in American eyes as the Kurds have in Syria.

Avoiding that fate involves making allies indispensable to the United States. A perennial debate at Snow is whether the Europeans are doing enough. Certainly defense spending, against the dismal standards of 2007, has rocketed. Lithuanian politicians have reached an almost complete cross-party consensus to raise it to 2.5% of GDP.

That breadth of agreement stems from Lithuania strong security culture, of which many other countries can only dream. It also highlights another point: foreign visitors no longer come to Snow to teach; they come to learn. Lithuania’s expertise on cyber, Belarus, resilience, reserves, information warfare, and other hot topics is eagerly sought. Our hosts are perhaps too modest about this—future Snow meetings might benefit from showcasing local talent more, in place of the rather generous lime-lights cast on outsiders.

Yet dilemmas abound. Europe must do more, but should not give its efforts provocative labels, such as “Strategic Autonomy,” or a “European Army.” Small countries rely on multilateral frameworks, but this administration likes bilateral deals. A “Fort Trump” in Poland could, done the right way, be a boon to the Baltics, or leave them dangerously exposed.

The hottest topic in Washington, D.C., right now is not Russia but China. The big job for Lithuanians and their friends and allies in Europe is to show the U.S. administration that they can help, not hinder, on that unfamiliar front. For starters, this means casting a critical eye on Chinese-backed business in the region. Poland’s arrest of two Warsaw-based executives from Huawei, a regime-linked electronics company, came just as the Snow participants were heading for the airport. It may be a sign of things to come.