NATO Must Act for Ukraine

The alliance should declare Ukraine’s survival a core interest and warn Putin off of any use of nuclear weapons. 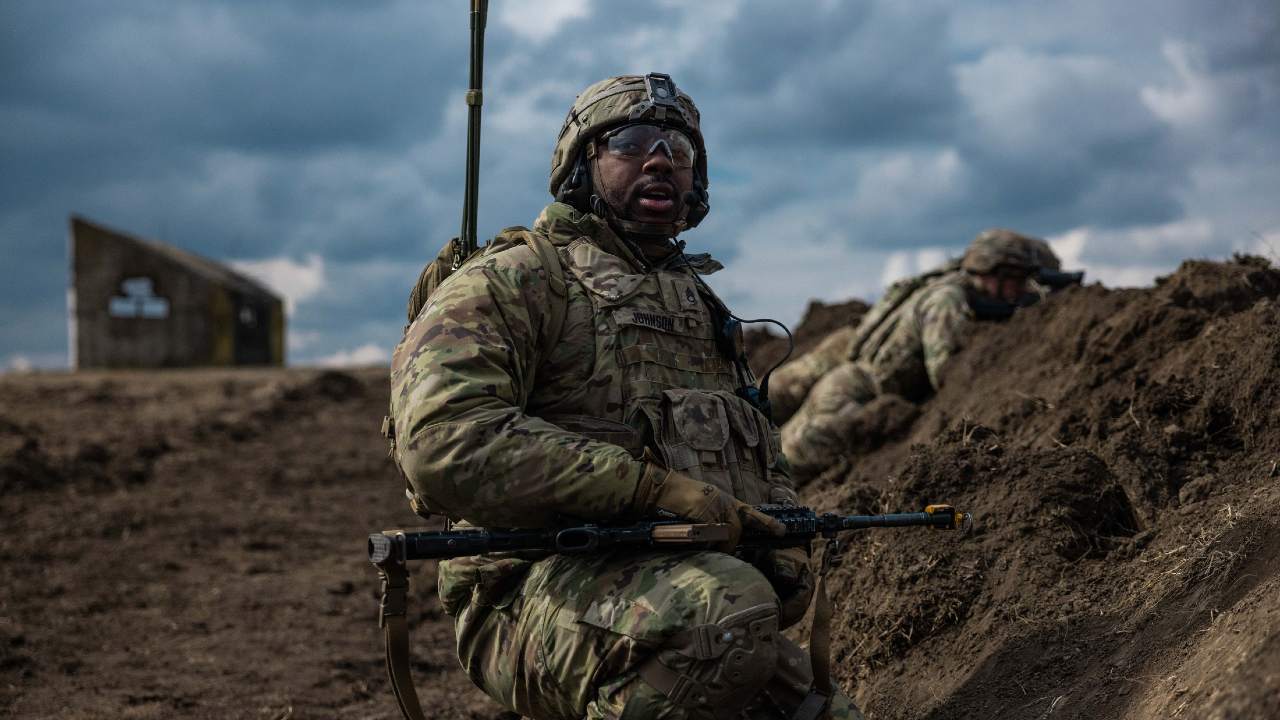 Photo: A squad leader with the US Army’s Second Squadron, 2nd Cavalry Regiment surveys his soldiers during a blank-fire exercise at Smârdan Training Area in Romania on 8 March 2022. Credit: NATO.

Russian President Vladimir Putin will be watching NATO’s March 24 summit meeting for clues about how far he can take his war on Ukraine. The alliance should make sure they are provided in clear and unambiguous terms.

This is a defining moment for NATO. While leaders will communicate strength about NATO collective defense, they must take care not to inadvertently communicate weakness about Ukraine. Unless NATO leaders issue several strong warnings – about Ukraine’s sovereignty, about targeting civilians, and about any use of nuclear, chemical, or biological weapons — Putin is likely to conclude he has a green light to proceed.

NATO’s decision to hold an emergency summit is a vital step as the alliance confronts Europe’s most serious security crisis since World War II. This is the current generation’s 1939 moment — can Putin be stopped in Ukraine, or will it lead to a wider war?

Putin’s invasion of Ukraine is going badly. Becoming more desperate, he will also become more dangerous, raising the likelihood of even more horrific civilian casualties as well as the prospect that Russia could use nuclear, chemical, or biological weapons.

NATO must not only live up to its legal obligations as a defense alliance. It must also live up to moral obligations in protecting human life. After the carnage of World War II, including the Holocaust, we swore, “never again.”

Where does that commitment stand in the context of Russia’s effort to exterminate Ukraine as a country and a people?

In such circumstances, arguments that Ukraine is outside NATO territory ring hollow. The Berlin Airlift of 1948-49 took place when Germany was not a member of NATO, and NATO stopped ethnic cleansing in Bosnia and Kosovo in the 1990s even though they were not NATO members. The brutality in Ukraine is no less an affront to morality.

Without question, NATO will communicate an ironclad will to defend every inch of NATO territory, including the Baltic States, Poland, Romania, and Bulgaria. This commitment must come not merely in words, but in the form of forward deployment of military forces on a permanent basis to these countries. Now is the time to catalog Russia’s multiple violations of the NATO-Russia Founding Act of 1997 and to declare that NATO no longer has any obligations under that agreement, including its commitment to refrain from the “additional permanent stationing of substantial combat forces” on the territory of post-1991 members.

Such a clear commitment to collective defense, however, is far from sufficient in the face of Russia’s aggression against Ukraine. If NATO stops only at committing to defend existing allies, it will signal to Putin that he can do anything he wants not only against Ukraine, a non-ally, where civilians are being targeted and may yet face the use of weapons of mass destruction, but also other states in a similar position like Moldova and Georgia.

NATO must therefore use its position of strength to project security in Europe — in line with its second core function, crisis management. The alliance should issue three warnings:

In addition to these warnings, NATO should also agree on several specific measures that would have immediate impact:

In addition to these warnings and concrete steps, NATO must keep all other options on the table – and must not rule them out pre-emptively.

Of course, no ally wants to have a larger war with Russia. But we must remember that Putin also does not want a war with NATO, which Russia would surely lose. By signaling to Putin what the Alliance will not do, whether it is to engage Russian forces directly or implement at no-fly zone, it convinces him that the West lacks resolve and that he has a free hand in Ukraine.

When they meet, President Biden and his colleagues face both a strategic test, and a moral one. Whether they pass both will determine the future of Europe.