NATO Has Nurtured Europe’s Better Self

Without the transatlantic alliance, Europe would have been an ugly place of coups and wars. 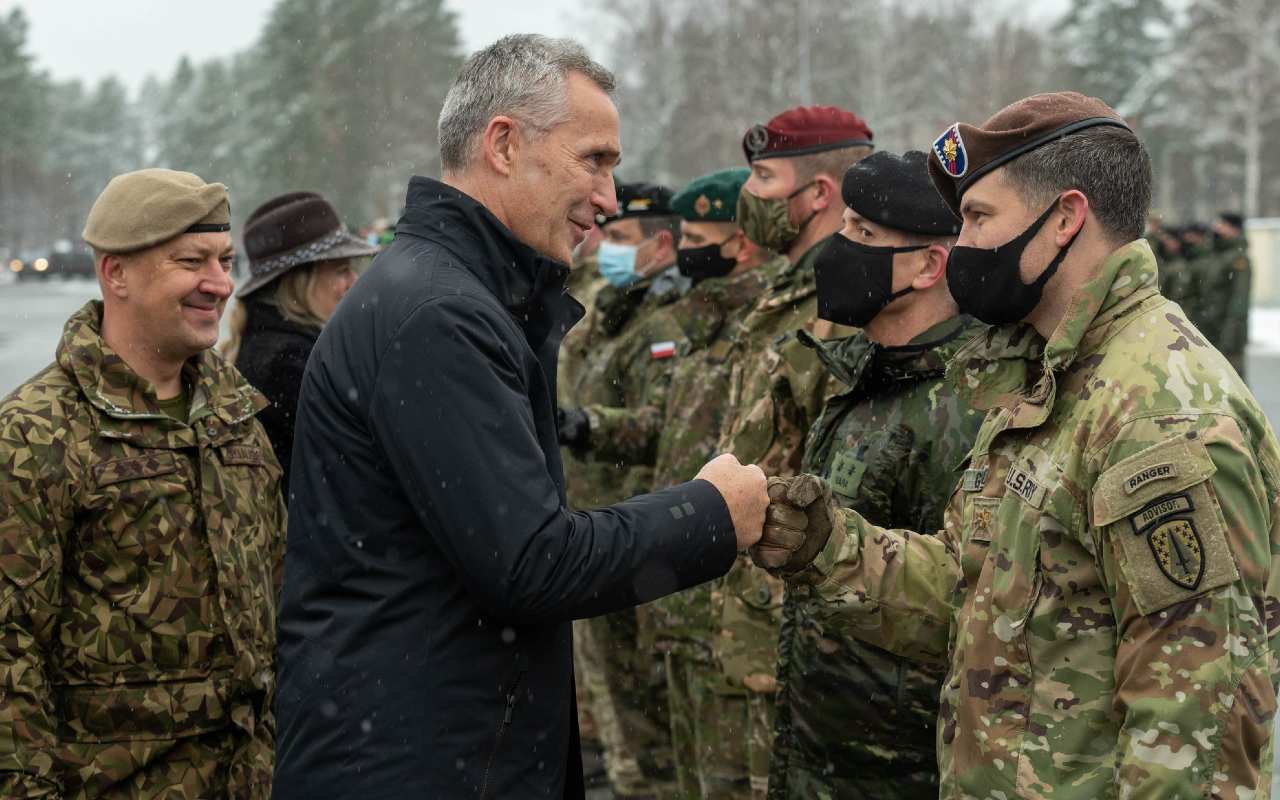 Photo: NATO Secretary General Jens Stoltenberg visits the NATO enhanced Forward Presence (eFP) battlegroup at the Ādaži Military Base, together with the Minister for Foreign Affairs of Canada, Mélanie Joly, and the Minister of Defence of Latvia, Artis Pabriks. Credit: NATO

Despite the last major round of NATO expansion taking place nearly 18 years ago, a debate over the advisability of past and future alliance expansion has been reignited.

Critics of an ever-widening NATO argue that adding former Warsaw Pact members to the Western alliance created a security dilemma for Russia. In this version of events, NATO expansion is therefore responsible for Russia’s aggression against its neighbors and ultimately made Central and Eastern Europe (CEE) less safe.

What this argument fails to address is what CEE would look like in the absence of NATO expansion. The region’s interwar history suggests that the alternative would be wars, dictatorships, and coups. Each would destabilize Europe and make another European war more likely.

Between 1918 and 1939, future CEE members of NATO experienced nine successful coups and several failed ones. Out of the 10 countries that joined NATO in 1999 and 2004, only the Czech Republic and Slovakia (then unified as Czechoslovakia) did not see the military overthrow their government in the interwar period. In the decades since NATO membership became an option and then a certainty for these countries, not one has been victim to a successful coup. While history is not a perfect predictor of the future, it would be very difficult to explain this remarkable shift without noting the priority NATO places on civilian control over the military.

Between 1918 and 1939, future CEE members of NATO engaged in seven military conflicts against one another and several more against other neighbors. These involved six out of the 10 future NATO members. Ever since NATO membership became a realistic option, there hasn’t been a single military conflict between these countries. This is despite past military disputes being one of the strongest predictors of future military disputes. Common NATO membership is the most convincing explanation for this long period of peace.

Even though Hungary and Poland have seen recent backsliding from liberal democratic norms, the CEE region as a whole is still one of the most democratic in the world. This is a development few predicted when Soviet dominance over CEE came to an end. Most of the countries in the region had little-to-no democratic experience before World War II and the ensuing Soviet occupation. The region’s post-Cold War rulers, many with little governing experience, had to confront massive social, economic, and political challenges. A shift toward dictatorship would have been the easy way out, especially for CEE countries that resorted to this solution in the 1920s and 1930s.

How would Russia, Germany, and the US respond to a militaristic and unstable CEE? Military conflicts in Bosnia, Serbia/Yugoslavia, Moldova, and Georgia all led to NATO or Russian military intervention. There is no reason to believe that the same wouldn’t happen in the event of a war involving Poland or Hungary. Each such intervention would lead to greater hostility between NATO and Russia and increase the possibility of this hostility escalating from a new cold war to a hot one.

Coups and wars in CEE would potentially spread to other parts of Europe through contagion and diffusion effects, as they did in the Balkans. Not only would there be refugee flows on a level comparable to those seen during the Syrian civil war, but we would also see defeated armed groups seeking safe harbor in neighboring territories. This would potentially radicalize people in those countries or push groups with their own grievances to emulate the violence they see in CEE.

The same goes for coups. There is a reason we’ve recently seen four separate coups in West Africa: they are contagious. Each successful coup in CEE would embolden anti-democratic groups elsewhere. Russia/USSR, which experienced a failed coup in 1991 and a borderline repeat in 1993, would be particularly at risk of copycat behavior, especially during the turbulent times of the 1990s.

Interestingly, one of the main proponents of the view that NATO expansion is responsible for Russian aggression, John J. Mearsheimer, wrote a famous article in 1990 arguing that the end of the Cold War was likely to lead to war and instability in Europe. It was a reasonable prediction to make, given CEE’s history. What Mearsheimer and his supporters fail to acknowledge is that his prediction failed to materialize precisely because his other prediction, of NATO disintegration, was also wrong.

Wars, dictatorships, and coups were the future of CEE until the prospect of NATO and EU membership strengthened the hand of pro-democratic forces within each country. The nationalist and populist impulses that previously led the region to ruin aren’t entirely gone, but the huge benefit of remaining within NATO and the EU means the cost of acting on them is more than most CEE rulers are willing to pay.