Russia’s trolls have had a bad time from an army of cartoon dogs. Further success requires greater organization. 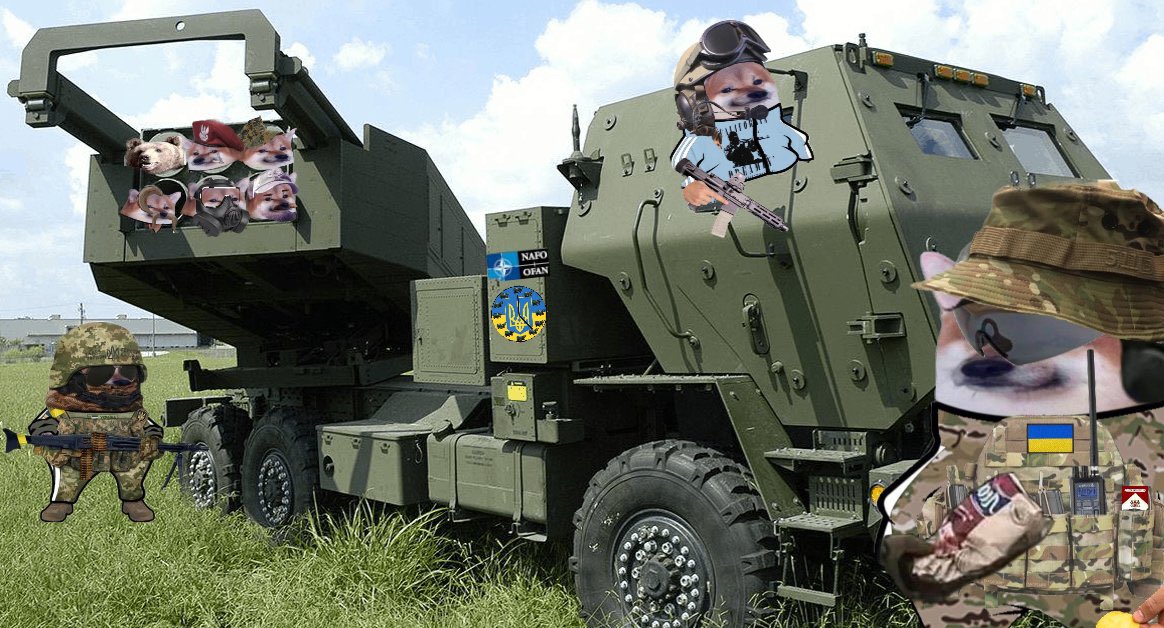 There was a time when a deep defeatism infected parts of the Western world, when Russian disinformation spread like a plague, and political leaders at times looked as helpless as the town elders of Hamlyn faced with a rat infestation.

Since the start of Russia’s all-out war against Ukraine in February, something has changed. A piper has appeared from the recesses of social media with the advent of the North Atlantic Fellas Organization (NAFO.) But while this openly pro-Ukraine, pro-NATO, and anti-Russian organization of big social media names, and its ordinary foot soldiers, has carried the flag for an insurgent resistance to authoritarian propaganda, it now needs to evolve. Quickly.

In order to avoid fizzling out and losing momentum, the NAFO community — easily identifiable through its use of cartoon Shiba Inu dogs — must gather and establish some sort of structure and leadership to continue to evolve.

That’s not to minimize its success. NAFO’s decentralized community on Twitter has used the power of Internet memes and social media to huge effect. Some of that can be traced back to last year, when NAFO activists mocked Mikhail Ulyanov, for attributing to Ukraine the shelling of civilians. Russia’s senior diplomat in Vienna, then appeared to lose his temper when responding to a NAFO counter-comment, saying: “You pronounced this nonsense, not me.”

As the delighted laughter of his opponents echoed across Twitter, the Russian official closed his account, for a while at least. Sympathetic websites now offer a range of merchandise including t-shirts (for around $30), mugs, velcro patches, and stickers, some with the infamous “You proclaimed this nonsense” quote in full.

Fellas have even enlisted the official Twitter account of the Ministry of Defense of Ukraine, which tweeted its appreciation of NAFO in August. Even officials such as the US Representative Adam Kinzinger, the current Prime Minister of Estonia Kaja Kallas, and Lithuanian Foreign Minister Gabrielius Landsbergis, among others, have joined the trend and been vocal supporters of NAFO.

The decentralized virtual community of NAFO has its forebears. The so-called elves of the Baltic states have been joined over the years by others, including a Czech group said to number in the hundreds, which have worked to counter Russian disinformation. It was therefore already clear that citizen groups were more visible and noisier than government organizations, which necessarily work in the dark.

One such, Jeremy Fleming, the head of the Government Communications Headquarters (GCHQ), Britain’s signals-intelligence agency, noted as early as August that the West was thus far winning the information war. No matter how small, NAFO has played its role in helping turn the tide of informational war.

Russia created and bankrolled troll factories that have been waging internet warfare for years. Its paid troll network has been attempting to influence elections worldwide, including the 2016 US presidential elections. One of Putin’s top henchmen, Yevgeny Prigozhin, a Soviet-era petty criminal who now runs a business empire including a large mercenary venture, has even admitted to this.

NAFO could hardly be more different, yet its bottom-up, grassroots model has obvious weaknesses.

At the beginning, the lack of strict structure and organization was an asset to NAFO, enabling great agility, with its warriors engaging each new day unencumbered by the top-down baggage of its Russian opponents, who are mostly paid, employees. This allowed the fellas to treat every day as a new dawn and wander wherever they liked, sometimes with effect and sometimes not. By allowing literally anyone to become a modern hybrid soldier, it expanded the horizons of self-organized digital communities.

But with no specific direction, many NAFO individuals simply brand their avatars as goofy dog memes and try to frustrate Russian propagandists. The reality is that Russian trolls and propagandists adapt over time. They have learned lessons, including a refusal, however tempting, to engage with the fellas; as Ulyanov learned, arguing with a cartoon dog will never end well.

So there’s a risk that NAFO’s effectiveness will diminish over time. Any attempt to introduce structure to this decentralized community will pose numerous challenges, but some mechanisms are surely now needed to continue its mission.

Some more structured elements are beginning to emerge. For instance, the official Ukrainian government fund, UNITED24, has partnered with NAFO to raise funds for naval drones. Over $190,000 has been raised, and the community continues to deliver steady results. Donors have the ability to have their name added to a drone if they hit a certain threshold. Maintaining this sort of engagement for a longer period of time will be one of NAFO’s primary challenges.

We have already seen efforts in some areas where NAFO has attempted to organize and build regional structures, like the NAFO Asia Pacific Regiment. But, a lack of hierarchy will simply lead to fractured groups with little focus. NAFO should band together and create loose leadership chains for each region of the world.

Any command and control center would require deeper ties with the Ukrainian government. Ukrainian embassies would play a more active role in each region. For instance, when raising money for the Ukrainian military, each region could adopt a specific army unit. They would lead efforts to buy drones and supplies to aid in the war effort. That army unit could then use social media to update with its use of the donated kit.

The direct impact of NAFO would then become measurable and further motivate its members to continue the fight. Developing metrics and feedback mechanisms to track progress on the battlefield would create a positive feedback cycle, further encouraging people to contribute and donate.

NAFO took the world by surprise in 2022 and bamboozled pundits worldwide by showing how effective decentralized communities can be. With the power of the internet, there is virtually no limit on how far NAFO can go. But the right mechanisms must be implemented to help steer the community in the right direction. Who will step forward to begin the work?

David Kirichenko is a freelance journalist covering Eastern Europe and an editor at Euromaidan Press. He can be found on Twitter @DVKirichenko.