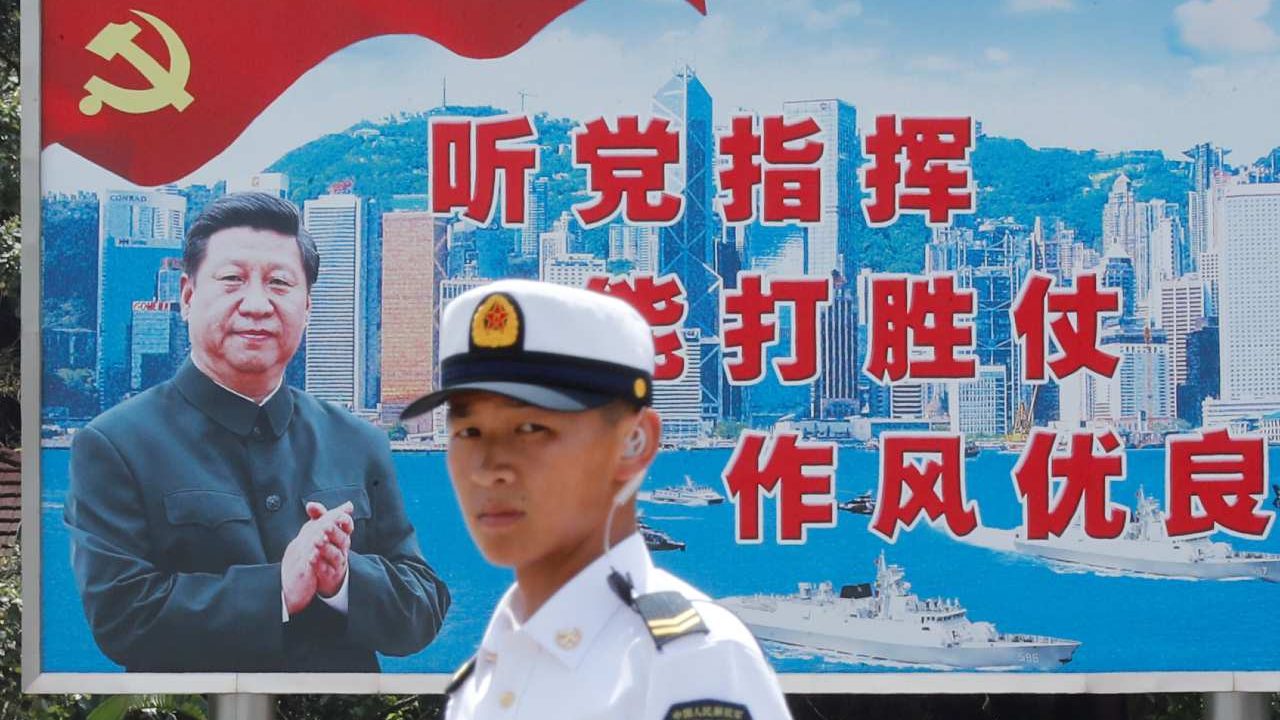 The United States and Europe need to do more to address the military and economic threat posed by China, retired Gen. H.R. McMaster, a former U.S. national security advisor, told the 2021 CEPA Forum.

McMaster laid out a lengthy charge sheet against China: the country was to blame for “foisting” the COVID-19 pandemic on the world by suppressing the fact that the coronavirus is transmissible and silencing those who tried to sound the alarm; he listed provocative actions by China in the South China Sea and toward Taiwan, as well as deadly attacks against Indian soldiers in the Himalayas; and economic coercion against Australia.

Urging the United States and Europe to end their “self-delusion about the nature of competitions,” he said: “We’re not competing.”

“How about each of our countries really stepping up a little bit and recognizing the nature of the threat of the Chinese Communist Party,” said McMaster, who is currently the Fouad and Michelle Ajami senior fellow at Stanford University’s Hoover Institution. He retired from the U.S. Army as a lieutenant general in 2018.

McMaster was speaking on a panel with CEPA Senior Fellow Bobo Lo and Daniela Schwarzer, executive director for Europe and Eurasia at the Open Society Foundations. David Herszenhorn, chief Brussels correspondent for POLITICO Europe, moderated the discussion, which was part of the 2021 CEPA Forum.

Noting that Germany does not even spend 1% of its GDP on defense, McMaster said: “When is Europe going to wake up?”

Schwarzer said the Trump presidency had forced European states to take more seriously the need to provide for their own defense. And the European Union (EU) has put strategic autonomy at the heart of its foreign policy.

“What we will not see in a long time is some kind of deep integration, but we will see more structured, more strategic cooperation” between European member states, Schwarzer said.

“Europe talks about strategic autonomy in a way that suggest a moral equivalence with the Chinese Communist Party and then complains about the lack of U.S. leadership . . . That is really astounding,” said McMaster.

Schwarzer said that European member states have different security priorities, ranging from Russia and China to the threats emanating from the Middle East and North Africa. Noting that China is an economic partner for many European member states and a critical part of supply chains, Schwarzer said Europe has a different approach to China than the U.S. In Germany, for example, she said “it is very hard to suddenly shift gears and say China is not only a partner, but China is also a systemic competitor and maybe also an adversary.”

In Europe, Schwarzer said, there is a concern about a military confrontation with China escalating out of hand. As a result, “for Europe there is no real clarity on where we would go if China did cross red lines in the Indo-Pacific,” she said.

The recent (and rare) decision by the United States and the United Kingdom to share nuclear submarine propulsion technology with Australia caused a rupture in the transatlantic alliance, infuriating France, which lost out on a conventional submarine contract worth more than $60bn with Australia. Aukus aims to address the threat posed by China in the Indo-Pacific.

Lo, a former Australian diplomat, said Aukus was further evidence that the United States is taking an “a la carte approach to multilateralism.”

The Aukus deal reveals that U.S. President Biden, like Donald Trump before him, will act in ways that he thinks are in the United States’ best interests and that China is an “all-consuming priority of the Biden administration,” Lo said. But for Australia, he added, the deal is “about security in the deepest sense of the word.”

Lo said the United States, the UK and Australia had underestimated the extent of the French reaction, but believe that France will come around eventually as China becomes even more aggressive in the Indo-pacific region.

McMaster said that as national security advisor to Trump he explained the consequences of withdrawal from Afghanistan to the then president. Nevertheless, Trump later went ahead with “capitulation negotiations” with the Taliban that resulted in a “surrender agreement with a terrorist organization,” he said. Biden, McMaster said, then “doubled down” on that decision to withdraw U.S. forces from Afghanistan.

McMaster attributed this to the concept of “strategic narcissism — our tendency to define the world only as it relates to us.” On the contrary, he noted, “others have authorship over the future, and those others include brutal enemies.”

McMaster said the withdrawal from Afghanistan represented a “failure of will.”

The former general emphasized the importance of recognizing that lost wars have consequences. “We really need to examine our sources of will and to hold our leaders accountable for what is only the beginning of a humanitarian, political, and security catastrophe in Afghanistan,” he added.

The covid-19 pandemic has exacerbated differences both within and between countries. Herszenhorn asked Lo whether the health crisis has lately produced a glimmer of hope in the form of a united effort to address the challenge.

Lo admitted that “we have belatedly seen some level of multilateral cooperation” in response to the pandemic, however, it has also shown that most governments “operate according to narrow self-interest rather than universal norms.”

“The world today is more chaotic and anarchic and disorderly than any time since the late 18th century,” Lo contended. “There is a lack of agreement and clarity over the rules of the international system, and, therefore, we have rule-breaking on a serious scale.”