Efforts to reconstruct the Belarusian constitution are a high-risk enterprise. 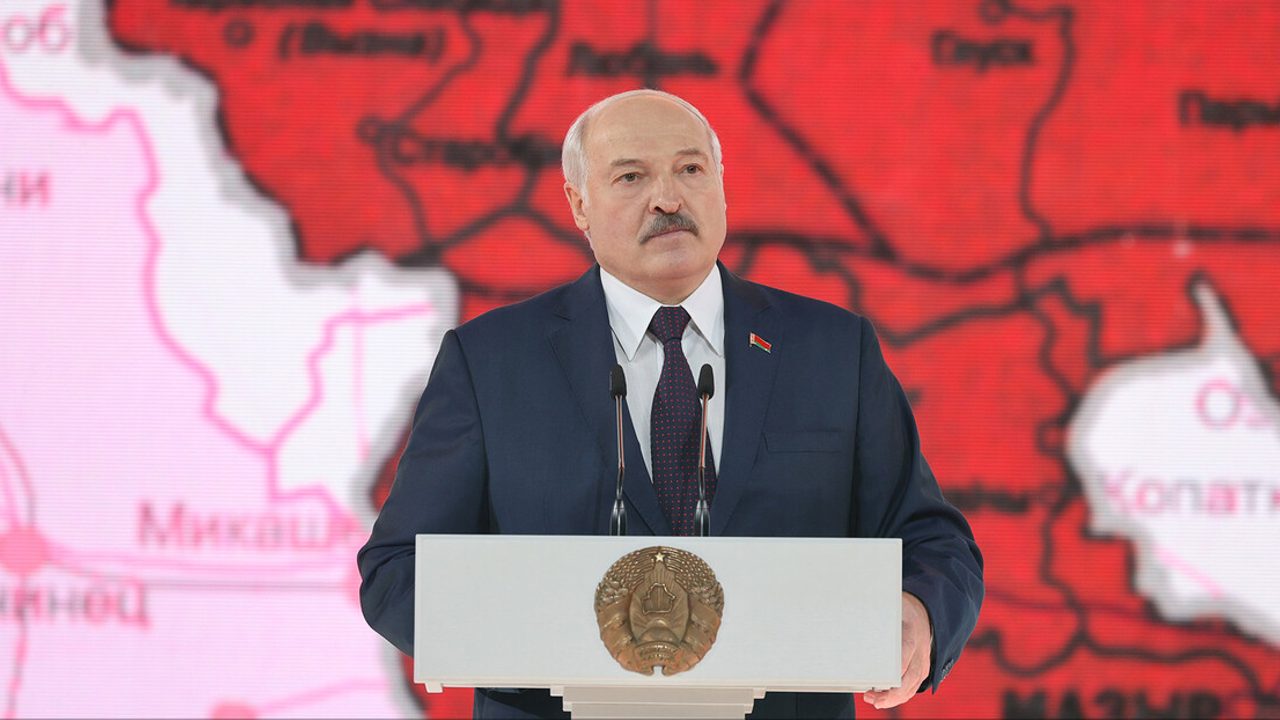 Photo: Belarus President Aliaksandr Lukashenka makes a statement during the patriotic forum Symbol of Unity held in Minsk Arena on 17 September to mark People’s Unity Day. Credit: President of the Republic of Belarus.

Early this month, the dictator Aliaksandr Lukashenka announced that Belarus will hold a constitutional referendum in February 2022. Work on amendments has been underway since March, but the first details are only now emerging. They foreshadow significant changes to Belarusian politics.

For now, it is almost certain that Belarus will remain a presidential republic, but the president would be stripped of his absolute powers. A two-term limit lifted in 2004 is expected to be reintroduced. It is also proposed to deprive the president of the right to issue decrees (which in Belarus have the force of law) and to repeal legislation.

As Lukashenko himself puts it: “I am absolutely convinced that Belarus must remain a presidential republic if we want to preserve the country.” It appears, however, that this new and curtailed role is unattractive to Lukashenka, and that they will be handed to a successor. That possibility is being discussed by officials. If there were any lingering confusion about Lukashenka’s intentions, they were dispelled by one of the proposed amendments which guarantees immunity to any president who has left office.

Not that Lukashenka is going to retire. His plan is to give up micromanagement, ceding the executive powers to the new president, while he keeps control over both the main direction of the country’s development and the president himself. This new backseat role will most likely be called Chairman of the All-Belarusian People’s Assembly (ABPA).

The current ABPA is a vague organization with no constitutional status. It holds a Communist party-style congress every five years, at which officials and industry representatives, selected according to unknown criteria, listen to Lukashenka for several days and ask him questions. The constitutional amendments seek to grant ABPA a constitutional status and give it powers to control a future president.

During his meeting with the Constitutional Commission on 28 September, Lukashenka stressed this idea three times, making it clear that this is the cornerstone of the amendments: “The All-Belarusian People’s Assembly is being introduced not because anyone here or the incumbent president is eager to take up this position, but to provide, as the lawyers say, checks and balances . . . to observe and have the authority, if something goes wrong, to stop any wrong movement.”

The commission wants ABPA to have the power of impeachment. It would also be able to amend the constitution and appoint the Central Electoral Commission and the Constitutional Court. According to the head of the presidential administration Ihar Serheenka, the commission aims to strengthen ABPA’s powers. So, it is possible that in the final draft, the assembly will be given additional responsibilities.

From this, it is possible to discern Belarus’s future political landscape. Once the referendum is out of the way (given that Lukashenka shed blood to overturn the 2020 presidential vote, the outcome is really not in doubt), Belarus is likely to be managed by a new president, whose powers and functions will be similar to those in the old presidential system. The novelty of the new system is that the president will be overseen and controlled by 500 people chosen on the basis of personal loyalty and led by the literally unimpeachable former President Lukashenka.

The dictator has not yet declared anything, but there is less and less doubt that he will “step down” to become the chairman of ABPA. He has already given clear hints of this: “Remember and tell the others — if you want Lukashenka to become chairman of the All-Belarusian People’s Assembly, you should ask me on your knees and thank me if I agree.” The only real question is the timetable; changes will not necessarily occur by February. The amendments may come into force later and that could even be delayed until after the current presidential term expires in 2025.

The best bet though is that the changes will happen sooner rather than later. The main reason is Russia. After the August 2020 election debacle, the Kremlin openly supported the idea of constitutional reform in Belarus as a means of defusing the political crisis. And the majority of political analysts agree that behind the scenes Russia is still pushing for reform.

Unlike, remarkably, Lukashenka’s followers, who openly question its necessity. On several occasions, they have publicly asked their leader why there is any need to change an already perfect system. The answer was always the same — the decision has been made and is not a matter of discussion. And that suggests the constitutional reform package might well be a part of his Sochi 2020 gentlemen’s agreement with Vladimir Putin.

Work on the constitutional amendments is ongoing and it is too early to analyze the strengths and weaknesses of the future system. But one critical problem is already looming. Instead of one center of power, there would be two — one centered around the new president, and another around the head of ABPA. The president would have real power, but he wouldn’t be able to exercise it at his discretion, because ABPA will be breathing down his neck. In turn, the chairman of ABPA would have control over all the crucial levers, as long as the majority of its members are more loyal to him, rather than the new president. The first conflict between the two could easily derail the entire system.

Tadeusz Giczan is a London-based journalist, a Ph.D. candidate at the University College London, School of Slavonic and East European Studies, and is a non-resident fellow at CEPA.