Leveraging Central and Eastern Europe to Push Back On China 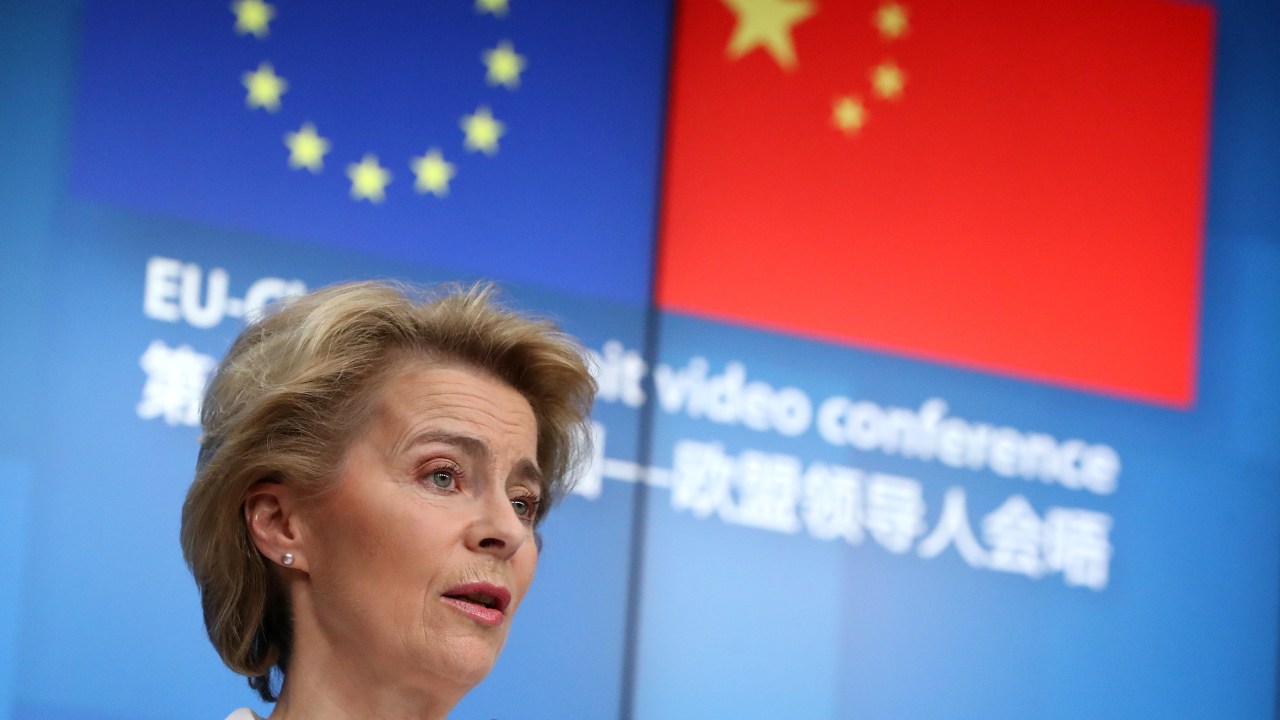 Just before the end of 2020, the European Union (EU) rushed through the Comprehensive Agreement on Investment (CAI) with China, despite the U.S. pressure to postpone the negotiations until the new Biden administration is sworn in. Ever since the announcement of the agreement, the EU Commission has been busy presenting the deal as an economic victory and a move supported by all 27 EU member states.

The reality is, however, quite different. A number of member states felt uneasy about the deal and the way its approval was expedited. Poland asked to coordinate with the new US administration, Italy disliked being pressured to agree on a deal without seeing its final wording, Estonia had concerns regarding the energy sector, and the list goes on.

Internal fissures and tensions are the bread and butter of EU politics, but the case of CAI is different in its intensity and potential implications. German insistence to finalize the deal before the expiration of its EU presidency highlighted a strategic dilemma faced by the countries in Central and Eastern Europe (CEE). Having traditionally grappled with malign Russian influence, these countries have recently become subjected to China’s overtures as well. Nevertheless, the CEE countries perceive the United States as their key security guarantor and have largely been responsive to key U.S. interests. As such, they joined the Clean Networks program aiming at blocking untrusted vendors (i.e. Huawei) from 5G networks.

Notwithstanding the crucial role of U.S. security guarantees, it is equally true that the economies of virtually all CEE countries are deeply entwined with that of Germany. For its part, Berlin is neither willing nor interested in playing a security role in the region, and in its dealings with Russia and China, it consistently prioritizes trade and investment. While understandable from the German point of view, this strategy creates long-term irritants in its relations with CEE.

The result is a kind of economic-security schizophrenia, in which countries declare adherence to U.S. security objectives while conforming to Berlin’s economic preferences. Germany’s leverage has been evident in the countries’ copying German legal frameworks on investment screening, or in their hesitance to actually exclude Huawei from their 5G networks. Despite formally acceding to the Clean Networks, business concerns pressured the CEE countries to await the German decision on the 5G issue so as to modify their final stance accordingly. As neither Washington nor Berlin’s interests can be ignored, the security-economy dilemma continues to intensify, especially when the US and German positions drift apart.

Despite Berlin’s eagerness to reap the benefits of intensified economic exchange with Beijing, it was the CEE countries that have been painted as a Chinese “Trojan horse,” mostly due to their participation in the China-led 17+1 grouping. In reality, most of the recent Chinese investment in Europe was absorbed by the big countries of “old Europe,” while less than 2 percent of Chinese FDI in Europe was directed at CEE.

“New Europe,” roughly encompassing the CEE countries, has grappled with its share of division and internal issues in the EU. Nevertheless, the Biden administration would be wise not to discard this region and its importance. While unlikely to take precedence over the preferences of more economically powerful allies to the West, the CEE region’s current security preferences make it a valuable ally in the imminent shaping of the American strategy towards China — and Europe.

With the exception of Poland and Romania, CEE is composed of small countries. However, together it comprises 12 out of 27 EU member states and represents 113 million people. While Hungary stands amongst the most vocal pro-China EU members, the majority of CEE countries are inclined to cooperate with the United States and to follow its lead, especially when it is couched in more palatable rhetoric than that offered by Donald Trump. Sharing a negative historical experience with authoritarian regimes and living in a sensitive neighborhood, most CEE countries do not harbor the romanticized idea of Putin’s Russia or Xi Jinping’s China.

Despite this, China has already set up shop in the region through the 17+1. While widely (and often rightfully) maligned as a vehicle of Chinese influence, 17+1 also represents an opportunity for the United States. Its members have not entered the platform out of some deep affection for China, but due to hard-nosed economic expectations of Chinese investment in their countries.

Rather than ignoring, dispelling, or attacking the platform, the Biden administration would do well to utilize it. Having become accustomed to the collective format, the CEE countries could easily infuse 17+1 with topics and preferences they share with the United States, especially when treated by Washington as true and valuable partners. For the U.S., “New Europe” is there, once again, for the taking.