Belarus won this battle. Who will win the war? 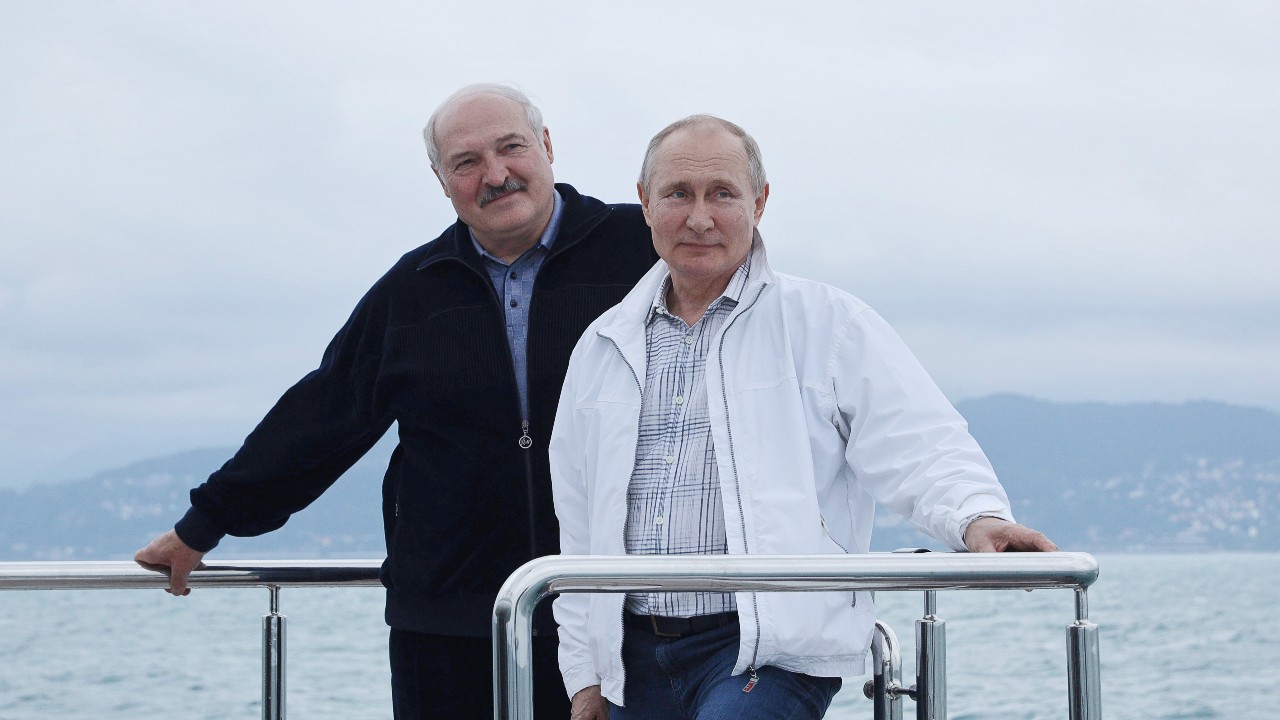 Aliaksandr Lukashenka can seem like a character from a satirical novel about an imaginary east European country. It is easy to mock the Belarusian strongman’s fractured syntax, awkward body language, deluded world view, and nepotistic habits (his gormless son Nikolai was an awkward presence at last week’s lunch with Vladimir Putin).

But Lukashenka is real, sinister — and triumphant. Seizing two passengers on a civilian flight crossing his country’s territory was a stunt that even a superpower would have found audacious. It prompted a huge international furore, which has been totally ineffective. Lukashenka simultaneously exposed the West’s toothlessness, further intimidated the opposition, and underlined his regime’s support from the only country that matters: Russia.

It is no comfort that the problem has deep roots. The West has had more than a quarter of a century to focus on Belarus. Some readers may remember the events of 1995, when Belarusian air defense forces killed two American balloonists who were taking part in an international competition. The organizers had properly notified the Minsk authorities, but far from investigating the shooting down of a harmless balloon, apologizing, and paying compensation, the regime blustered and lied. That should have been a clear signal that we were dealing with a rogue state in the heart of Europe.

Four years later the murders began. Between 1999 and 2000 former officials Yury Zakharenka and Viktar Hanchar, the businessman Anatoly Krasouski and the journalist Dzmitri Zavadski all disappeared, killed (we now know) by a regime death squad. Again, the West did nothing effective. Since then the lawless, violent regime in Minsk has not just held its own people captive; it menaces the rest of us. The rickety, sub-standard Astravets nuclear power station built on the Lithuanian border is a radiological weapon pointed directly at NATO and the European Union. Lithuania repeatedly warned us. We did nothing.

The central ingredients in Western policy towards Belarus for three decades have been inconsistency and wishful thinking. Try being nice. Or tough. Something will happen. Rely on the opposition. Or neglect it. Maybe Russia will sort things out. Do nothing and the problem may go away.

None of these approaches have worked. Despite his flaws, Lukashenka is stronger and bolder than before.

The failure to deal with this country of under 10m people on the EU’s frontier is emblematic of a much wider problem. The West is unwilling to recognize that it faces hard choices about defense and security, in a world where bad regimes do bad things to their own people and to other countries.

The bill for this is already written in the blood of the thousands of Ukrainians killed since Russia’s invasion and occupation in 2014. It is underlined by the blighted lives of the millions of inmates of China’s concentration camps, and by the crushed hopes of the people of Hong Kong. Now our adversaries’ tentacles of influence, power, and mischief reach deep inside the West. Russia murders people in Berlin and London, China kidnaps dissidents and silences critics anywhere it likes. Safety and freedom are shriveling.

The West had a much better chance of fixing these problems in past decades. Instead, it squandered its prestige and power. Our leaders dismissed the threat from authoritarian countries and kleptocracies. Now we are increasingly aware of the danger — but struggle to deal with it.

The democracies are still bigger and richer than their foes. But they are irresolute, divided, and (with a few exceptions) ill-led. Lukashenka understands our weaknesses better than we do. Imagine what a world would be like run by people like him. It is closer than you think.