Italy Begins to Tire of War in Ukraine

Russian efforts to erode Europe’s will are showing progress, especially in Italy. 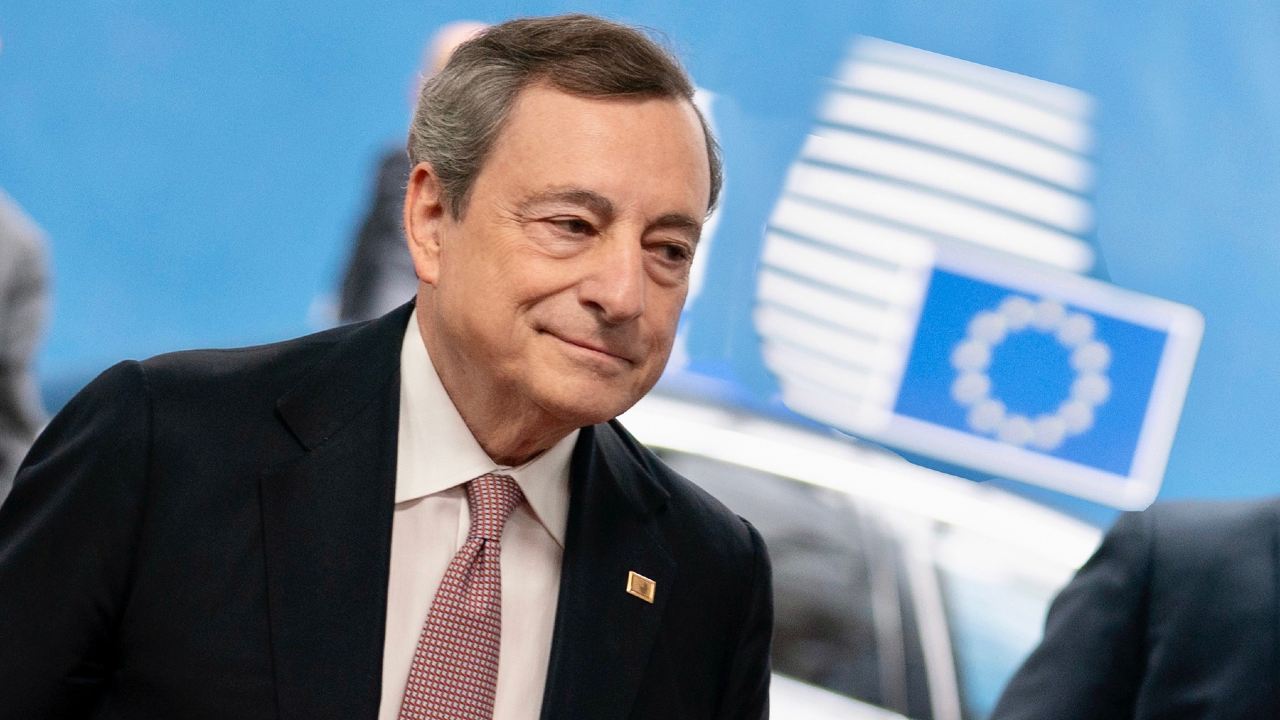 Photo: The President of the Council of Ministers, Mario Draghi, is in Brussels for the special meeting of the European Council, to discuss Ukraine, energy, defense and food security. Credit: Italian Government.

Italian Prime Minister Mario Draghi’s recent visit to Washington highlighted the importance of transatlantic ties in finding common ground on the war in Ukraine. There was an emphasis on unity, but a rift is growing within the Western alliance.

Italy’s opposition to Russian aggression has been greater than some expected, considering the two countries’ historically close relations, strong economic links, and the pro-Russian history of several of its leading political figures, including those in the current cabinet.

Pressure is building within Italy for a negotiated resolution of the war. The struggle between those pushing for Ukraine to buy peace with concessions, and those hoping to maintain Ukrainian sovereignty and defend the international order is reaching a critical point across the European Union (EU), and Italy is on the frontline.

In pursuit of peace, Italian policymakers, particularly members of the two largest parties in the Italian parliament, the Five-Star Movement (M5S) and the Lega, are willing to sacrifice Ukrainian territory and security in return for steps toward normal economic relations with Russia. Italy is hardly alone, as developments in France, Germany, and Hungary show a weakening of anti-Russian solidarity and a desire to return to peace, a summer of Russian tourism, and the guilt-free pleasures of economic intercourse with Russia.

There are significant pressures for Italy to play a prominent role in this capitulation. In the wake of his meeting with President Biden, Draghi called for a ceasefire and negotiation. The basis for such a move was clarified a day later by the Italian foreign minister, Luigi Di Maio of the Five-Star Movement, who presented a four point peace plan to the UN Secretary General (it was almost immediately rejected by the Kremlin.) On the same day, Italy and Germany approved the opening of ruble accounts so that companies could keep buying Russian oil and gas without violating the letter of sanctions imposed by the EU on Russia.

Italy and Hungary, backed by smaller EU countries with exposure to Russia, attempted (without success) to include an official EU call for a ceasefire in the EU Summit memorandum at the end of May. The bloc’s latest economic measure against Russia, a ban on Russian crude oil imports made exceptions for Hungary, Slovakia, and the Czech Republic (though the latter two are very supportive of Ukraine’s fight) and will only take effect at the end of 2022. A great deal can happen between now and then, and many European politicians hope that the war will end long before Christmas.

The doctrine of peace at any price is hardly new to Europe. On the eve of the Russian invasion in February, President Volodymyr Zelenskyy evoked the ghost of Anglo-French appeasement while he was in Munich, no less.

It is certain that the people of Ukraine want peace. But all the signals, including opinion polling, suggest they are willing to pay a much higher price for that peace compared to Italians or Hungarians who are not even in the fight. Ukrainians believe that peace should have different contours to outsiders. It is unclear why Ukrainians would accept Di Maio’s proposals for official neutrality or entrust a negotiated settlement to the good offices of Russia. Ukrainian skepticism is buttressed by the fact that the Minsk Protocol/Minsk II process, pushed by France and Germany, failed spectacularly to prevent the current war.

All these developments make Draghi’s position tenuous. Governing as an independent, he lacks the support of a traditional political party. At 74 years old, he is understandably tired of the fractious Italian political landscape. Moreover, he confronts an economic malaise that has become all too familiar in Italy. At once, he is perhaps the most respected and the most vulnerable European head of state.

Italy’s accommodating position toward Russia is based not only on economic interests, exacerbated by its economic vulnerabilities, but by the populist, NATO-skeptic, and EU-skeptic identity of the two largest parties in the Italian parliament. On June 1, Matteo Salvini, the most pro-Putin of the Italian populists, even announced he would fly to Moscow in a one-man peace mission that he apparently had not bothered to coordinate with the government. (The resultant uproar meant he stayed at home.)

Draghi must find a way to work with and around the members from M5S and Lega or Italy will continue its march toward appeasement, further fracturing the already vulnerable European consensus that seeks to hold Putin and Russia accountable for the assault on Ukraine.

Eager to exploit these vulnerabilities, Russia is making Mr. Draghi’s job even more difficult. The Kremlin has launched a massive information operation in Italy to win over public support for and spread confusion over its war on Ukraine. At the same time, Russia has launched a series of cyber-attacks against Italy in a further attempt to weaken resolve. Sadly, this seems to be working. Italians are not entirely convinced that Russia is to blame for the violence in Ukraine. Some view support for Ukraine from Europe and the United States as a dangerous escalation and are eagerly pushing for Ukrainian concessions and peace. In less than a year, Italy will have a general election. In all likelihood, there will be a new prime minister, and potentially a new direction for the country’s foreign policy.

That new direction would be welcome to the Kremlin and might appease some actors within Italian politics, but it would be a sad turn for Italy and for transatlantic solidarity.

Andrew R. Novo is a Nonresident Senior Fellow with CEPA’s Transatlantic Defense and Security program. He is a Professor of Strategic Studies at the National Defense University, Washington, DC, and an adjunct at Georgetown University’s School of Foreign Service.

The views presented here are his own and do not reflect the views of the National Defense University, the Department of Defense, or the United States Government.

This article was updated on June 29 to correct that Matteo Salvini did not ultimately travel to Russia.