Ukraine’s fight for existence is naturally a key area of focus on NATO’s Eastern Flank. But the alliance must keep an eye on perils facing it on the Southern Flank too. 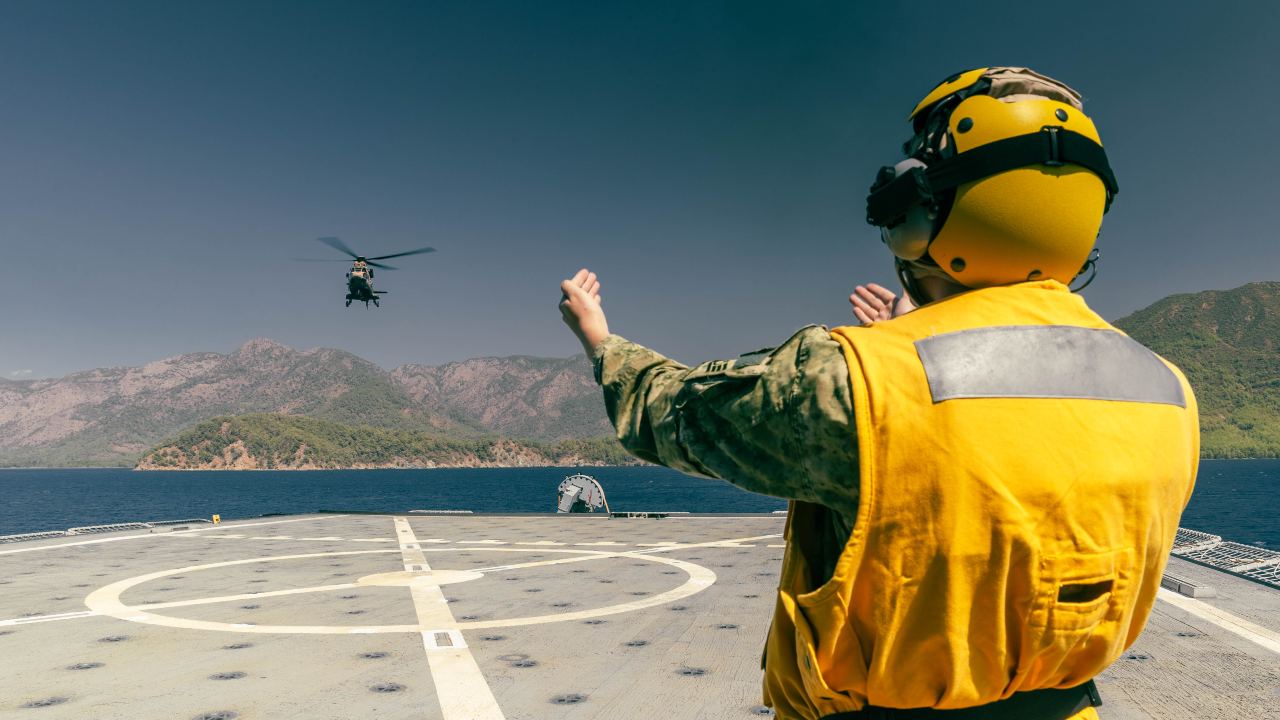 Photo: An AS532 Cougar helicopter landing on TCG Alemdar to practise medical evacuation of injured submariners during exercise Dynamic Monarch/Kurtaran 2021 in the Eastern Mediterranean. Credit: NATO

Russia’s attack on Ukraine is a matter of huge importance and has inevitably shone the spotlight on collective deterrence and defense, NATO’s linchpin principle and goal. Yet the other two core tasks of the alliance, crisis prevention and management, and cooperative security remain key. While the former is largely reactive in nature, the latter revolves around an incremental engagement with governments and stakeholders that has increased significantly since the early 2000s.

The recently published NATO Strategic Concept highlights the complementarity of these three core tasks and confirms the alliance’s commitment to work with partners in the Middle East and North Africa (MENA) and Sahel regions “to tackle shared security threats” which include war, terrorism, and rising climate change-related challenges.

Intuitively, attention to these regions is motivated by the transnational and fluid nature of its challenges, whose spillovers directly affect Europe’s security, whether in terms of terrorist attacks, irregular energy supplies, or climate-induced displacements and mass migration, to name but a few. Against this backdrop, in 2016 NATO introduced the concept of “projecting stability”, whereby security cooperation and crisis prevention and management, play a central role.

Given the far-reaching impact of these threats and the requirement for a joint approach to confronting them, NATO has deepened relations with countries able to cooperate, commit resources, and share the burden of crisis management. Security partnerships aimed at transferring NATO standards to selected MENA states have been considered an integral part of the approach. Established in 1994, the Mediterranean Dialogue represents the first attempt to provide an institutional framework for political and military cooperation between NATO and five North African nations (Mauritania, Morocco, Algeria, Tunisia, and Egypt) plus Israel and Jordan. Ten years later, the launch of the Istanbul Cooperation Initiative (ICI) served the same purpose with four countries of the Gulf Cooperation Council (GCC): Bahrain, Kuwait, Qatar, and the United Arab Emirates.

At the same time, ad-hoc, bilateral security partnerships have been established within the wider “partners across the globe” umbrella, with Iraq a case in point. Besides offering a space for political dialogue, all these multilateral and bilateral initiatives center around the provision of military training and capacity building, security sector reform (SSR), and staff-to-staff engagement via access to NATO’s education programs for partners’ military officers. The NATO–ICI Regional Centre in Kuwait, created in 2017, has allowed military personnel from GCC countries, including non-ICI Saudi Arabia and Oman, to attend courses on cybersecurity, maritime and border security, and infrastructure protection, among other issues.

The underlying idea is to use military diplomacy as a means to project stability, enhance interoperability with regional partners, improve the accountability and transparency of their security sectors, and help them deal with increasingly complex security issues. The region has paid a heavy toll because of recurrent conflicts and terrorism, state fragility and poor governance, and transnational organized crime; to make things worse, the impact of climate change is exacerbating pre-existing socio-economic vulnerabilities and promises to create an even more explosive mix in the near future.

However, while NATO’s commitments beyond its Southern Flank have multiplied, true stability in this vast geographic theatre remains distant, Russia and China have expanded their influence, and local security services have often undergone a worrying process of hybridization and accountability dilution. In addition to its naval base in Tartous, Syria, Russia maintains an informal military presence in Libya, Mali, Sudan, and other African countries thanks to Kremlin-linked private military contractors, while China represents the major economic player in most MENA countries in terms of infrastructure development and telecommunication technology. In the long run, Chinese penetration is likely to expand beyond the economic realm and pose a direct threat to European countries’ and NATO’s interests.

So, does this mean NATO’s efforts have been useless? Certainly not. But the alliance’s activities, however diversified, have had mixed results and their current format may soon become unsuited for a situation where competitors step up military diplomacy and complement it with generous weapons sales. Indeed, the provision of advanced defense capabilities and intelligence sharing is what interests regional countries the most, but this option is beyond NATO’s cooperation portfolio. Moreover, as noted by Silvia Colombo, several factors such as poor regional integration, varying security sensitivities, competing interests among NATO allies, and varied perceptions of the alliance, have hindered the creation of a more substantive political engagement on regional developments.

Hence, if not accompanied by appropriate policy follow-up, military or security cooperation alone is not enough. Iraq provides an interesting example of the limits of security assistance given its domestic political turmoil, rampant corruption, and repeated governance failures. The new NATO mission in Iraq, launched in 2018 at the behest of the government in Baghdad, aims at improving the effectiveness, transparency, and accountability of the Iraqi security forces (ISF) through capacity building, training, and SSR initiatives.

However, the ISF remains vulnerable to resurgent terrorist attacks, displays a “limited ability” to secure the country’s borders and suffers from entrenched corruption. Praetorianism and political loyalties also continue to undermine the ISF’s accountability, as shown by the scores of demonstrators and activists killed, kidnapped, and tortured during and after the mass protests of October 2019. Finally, the presence of paramilitary groups operating outside state control but with strong ties to security institutions further complicates security cooperation with NATO and risks indirectly hijacking the alliance’s efforts and resources in favor of the wrong counterparts.

NATO’s cooperative security and crisis management efforts remain a key tool for improving security and stability in the alliance’s southern neighborhood, but they are no silver bullet. This is why parallel political engagement aimed at clearly defining the scope and goals of cooperation is crucial, also helping the alliance to limit the influence of Russia and China in the region. For this double-pronged approach to be successful, NATO should consider the following measures:

Despite many constraints, cooperative security remains a cornerstone of NATO’s engagement across its southern neighborhood but shifting geopolitical realities and new threats require a rethinking of its original framework and goals. Failing to do so entails enormous risks.