Favoring Authoritarian Politicians Pushes Them Closer to Russia and China

Favoring Authoritarian Politicians Pushes Them Closer to Russia and China

Hungary has punched above its weight in the international media and political discussions in the last few years. Still, in the previous few weeks, the country managed to gain exceptional attention. In Hungary’s hybrid regime (the only one within the European Union), with its weakened rule of law and eroded institutional independence, the content matters, and not the process. The “enabling act” passed on March 30 is only one such instrument in Prime Minister Viktor Orbán’s toolkit.

Let’s take a look at some of the emergency and other measures implemented in the past month. First, the government curbed the finances of the opposition. Under the populist slogan “save money on politicians,” the authorities halved state support for political parties. This will be extremely painful for the opposition, but not for the ruling Fidesz party, which has in effect unlimited access to public funds. At the same time, salaries of state secretaries are increasing by 35% this year.

The Hungarian government also cut a lot of municipal revenues, such as parking, vehicle, tourism taxes, and some developmental money. This too is a blow to the opposition, which is well represented in the leadership of the big cities, including the capital Budapest and its districts. The authorities also curbed the rights of some opposition-led cities in collecting revenues and deciding over investments. A decree re-defined the location of a planned Samsung battery plant in Göd, a small city in northern Hungary, as a “special economic territory,” meaning tax revenues from the project will go to the Fidesz-led county council instead of the opposition-led municipality.

Second, the government took steps to pressure critical voices. Under the veil of the covid-19 crisis, parliament amended the criminal code to make spreading hoaxes or “distorted facts” about the coronavirus punishable by up to five years in prison. Government-organized think tanks and media then listed opposition journalists as sources of “fake news.” The police fined citizens who were peacefully protesting against some measures of the government without physically gathering, with car horns and bicycle bells. The prosecutor’s office found in the state of emergency perfect timing to proceed with criminal cases against protestors at anti-governmental rallies in 2018; they can be jailed for up to five years without any court proceedings.

Third, Orbán moved to direct money flows toward favored individuals. A decree defining some of their projects as especially important for the national economy removes administrative restrictions. An omnibus bill puts some state properties into the hands of some pro-government oligarchs. Also, it classifies the details of a huge infrastructural project, the €5bn ($5.4bn) Chinese-financed Budapest-Belgrade railway line. This project will benefit Orbán’s closest circles and Chinese companies such as Huawei.

This last example illustrates that the approach of “principled engagement,” gestures towards misbehaving allies in the hope that they will return the favor, has failed to deliver any tangible results. Hungary’s Eastern shift started in 2010, but accelerated after President Donald Trump hosted Orbán at the White House a year ago. After the coronavirus hit Hungary, Foreign Minister Péter Szijjártó visited Moscow to meet his counterpart Sergei Lavrov and fix long-term gas contracts.

Prime Minister Orbán keeps criticizing his Western allies for failing to help during the pandemic, while repeatedly expressing gratitude towards dictatorships such as China, Turkmenistan, Azerbaijan, and Uzbekistan. The Hungarian state propaganda media blames the spread of the pandemic on the usual suspects such as George Soros, the EU, and illegal migrants — but, surprisingly, has few words about China, which is praised and cheered for its “gifts” of protective equipment. “So much for any doubts concerning the necessity and well-founded nature of Hungary’s Eastern Opening policy,” Szijjártó commented.

Amid Hungary’s cozying up with China and widespread international criticism, Orbán has managed his relationship with the United States well. Just a few days ago, he had a friendly conversation with President Trump, and the former concluded: “Hungarian-U.S. relations in top shape!” Such gestures will remain unrewarded.  Orbán uses such openings as opportunities to legitimize his grip on power and cement his reputation as a role model for other illiberals within and outside the EU to continue their adventures and strengthen their ties with Russia and China.

Take for example the case of Nikola Gruevski, the former prime minister of (now-North) Macedonia. He began his premiership in 2006 as a strong supporter of the U.S., and received strong diplomatic backing in turn. As his regime turned more authoritarian, he gradually became increasingly pro-Russian, and the biggest obstacle of his country’s integration to Western alliances. After losing power, he did his best to hamper Macedonia’s NATO membership through opposing a name deal with Greece. He had to flee Macedonia to escape a jail sentence after being convicted for corruption. Having been granted political asylum by Orbán’s government, this fugitive autocrat is now enjoying  Hungarian hospitality.

Democratic backsliding in Central and Eastern Europe opens the door wide for malign influence from Russia, China and other authoritarian countries. It should not be ignored.

Péter Krekó is Director of the Political Capital Institute in Budapest, a Europe’s Futures Fellow at IWM/ERSTE Stiftung, and an Associate Fellow at JHU SAIS Bologna Institute.

Photo: “Russian-Hungarian talks” by the President of Russia under CC BY 4.0. 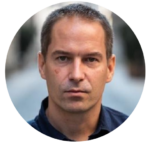