The crisis at the Belarus-Poland border may be easing as the Belarusian government empties camps of migrants. Still, the standoff has the potential to spiral into a full-blown conflict. 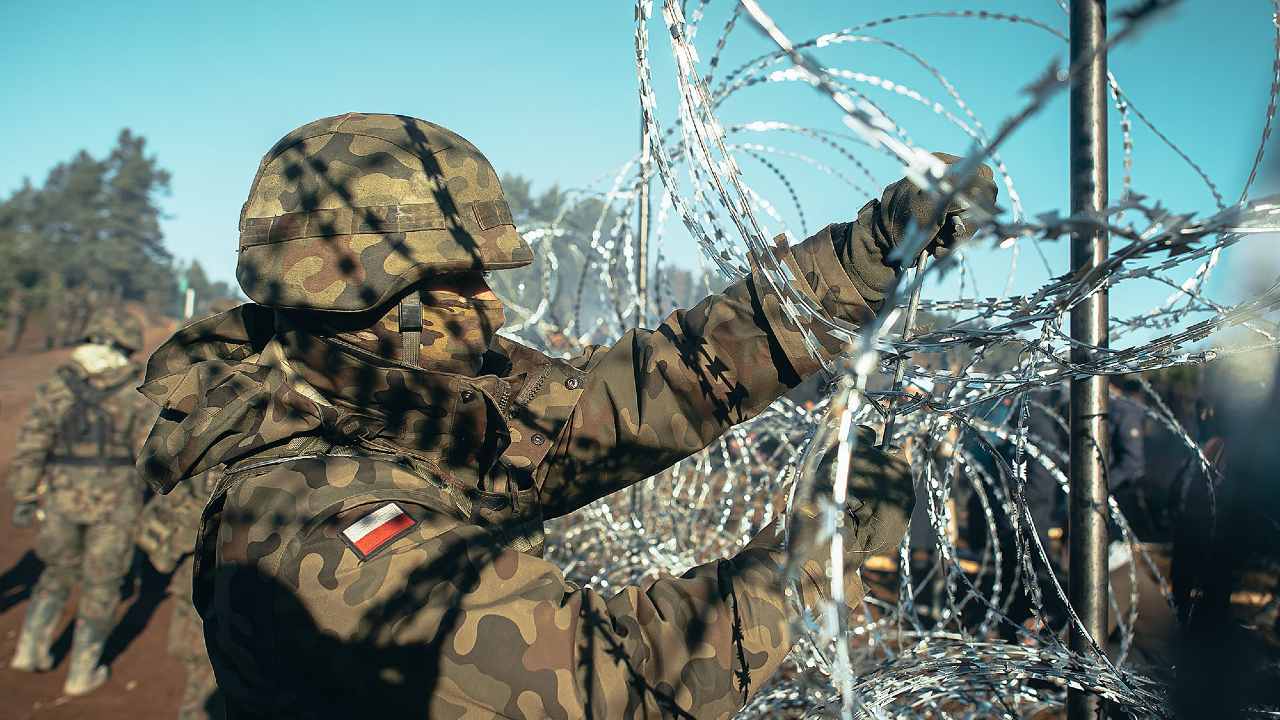 If we have learned one thing from the Belarusian dictator Aliaksandr Lukashenka and his friends in the Kremlin, it is to expect the unexpected.

So while it is now clear that the confected crisis on the border between Belarus and Poland has taken a new turn, it is unclear what might come next. Suddenly, Lukashenka has turned from a haughty and isolated autocrat, grandly refusing to take calls from Germany’s Chancellor, to an expansive figure who picks up the phone and even gives interviews to foreign media. Migrants have been taken from the frontier, where an unknown number froze to death, to a warehouse and at least one flight repatriated hundreds of Iraqi Kurds to their homes.

Is it all over? Probably not. There are already reports that Belarus may have switched tactics by helping smaller groups cross the border with the EU. For example, at least 50 people tried to breach the border on November 22, it was reported.

Less than two weeks ago Russia was sending warplanes to Belarus, supported by Belarusian jet fighters, while Lukashenka, who engineered the crisis by luring asylum seekers into his country and then westward, was threatening to shut down the Yamal gas pipeline that transports natural gas from Russia to Poland and Germany. Lukashenka reportedly also asked Putin to allow Russia’s military to monitor sections of Belarus’s borders.

Yet if his goal was to deepen divisions between Poland and the EU by manufacturing a crisis in response to European sanctions, he has failed. The issue has arguably drawn Poland and the European Union (EU) closer together while strengthening support for the Law and Justice (PiS) government, which is seen as defending Polish sovereignty against foreign threats.

The EU has accused Belarus of launching a hybrid attack on the bloc, while the European Council has asked the European Commission to pay for a border wall. Meanwhile, the Commission has refused a proposal by Belarus that EU countries accept 2,000 of the migrants stranded on the Polish border (at least 5,000 are thought to remain in Belarus.) Earlier this month European Council president Charles Michel flew to Warsaw to meet Polish Prime Minister Mateusz Morawiecki, declaring that Poland “should enjoy solidarity and unity of the whole European Union.”

Despite this new (and unfamiliar) warmth, both sides face tricky decisions in the coming weeks. While the EU has defended Poland’s tough stance, its top court is fining Poland €1m ($1.13m) per day for its failure to disband a judicial disciplinary chamber that it has judged to violate EU law. Poland escalated the conflict in October when the country’s highest court ruled that some parts of EU treaties are incompatible with the constitution, challenging a core tenet of European integration. This leaves the Commission to decide whether to take additional measures to punish Poland, just after a meaningful display of European solidarity.

For the Polish government, the migrant crisis has helped deflect attention from other issues such as rising inflation and a slide in approval ratings for the right-wing ruling party’s coalition (triggered in part by the death of a pregnant young woman unable to secure an abortion under the country’s new law). Still, the PiS-led coalition must tread a delicate path. Its grip on power is weaker than it was two years ago, and it no longer has a clear majority in the Sejm.

The EU has meanwhile offered assistance in the form of Frontex border guards. Accepting a Frontex deployment could undermine the government’s image as the sole defender of Poland’s borders, while leading critics to charge that it will allow the EU to intervene in other areas, such as the judiciary.

Chels Michta is a Research Fellow at the Victims of Communism Memorial Foundation. Her research interests include the historical legacies of Soviet communism and political trends in Central and Eastern Europe.