All eyes are fixed on the Black Sea, where grain carriers offering some hope of easing the world’s food shortage are once again leaving Ukrainian ports. 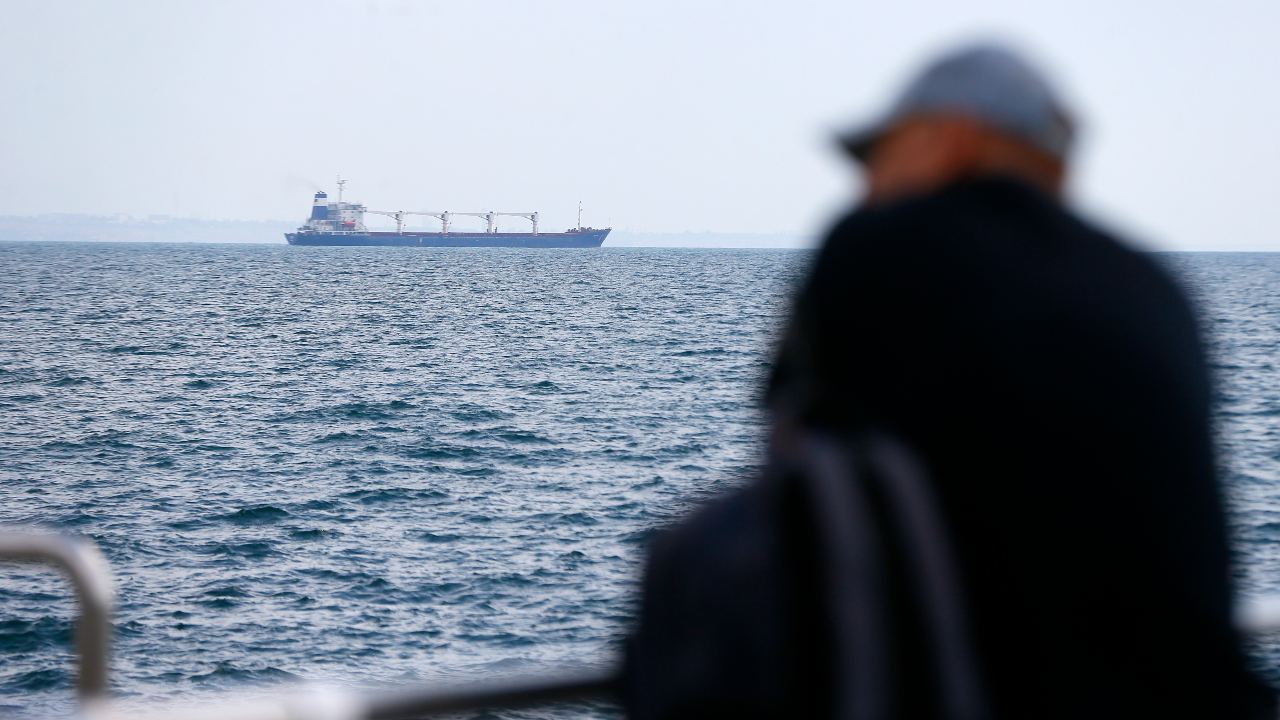 After weeks of fitful negotiations — and despite a missile attack on the port of Odesa before the ink on the agreements was even dry — a suite of deals between Ukraine, Turkey, and Russia has finally allowed Ukraine’s grain harvest to begin flowing out of the country. How long that arrangement will hold, whether it will address the world’s mounting food crisis, and whether the tenuous success of one set of negotiations might signal prospects for broader talks between Russia and Ukraine remain matters of intense speculation.

To bring these questions into sharper focus, Europe’s Edge asked four leading experts for comment: Olga Oliker, Director for Europe and Central Asia at Crisis Group; Sinan Ülgen, Director of the EDAM think tank in Istanbul and visiting scholar at Carnegie Europe; Matthias Berninger, a former German politician now specializing in public affairs and sustainability at Bayer; and Hanna Shelest, Senior Fellow at the Center for European Policy Analysis, currently based in Odesa.

While all four commentators see clear reasons to doubt the intentions of both Vladimir Putin and Recep Tayyip Erdoğan — and no one believes that the grain deal will fundamentally alter either the course of the war or the equilibrium of global food markets – there is nonetheless a consensus for cautious optimism. None of the parties have a clear interest in seeing the deal fail, which bodes at least moderately well for the Ukrainian agricultural sector, for the freedom of navigation in the Black Sea, and for the prospect of avoiding catastrophic hunger in some of the world’s most vulnerable countries.

Olga Oliker — Diplomacy has its uses

The Russian and Ukrainian grain deals illustrate both the value and the limits of diplomacy. Negotiations to end the war itself remain out of reach as long as combatants believe that they can attain more on the battlefield. But diplomacy has mitigated some of the damage with humanitarian corridors, exchanges of prisoners and human remains, and now the deal to get grain moving through the Black Sea.

It has been fraught: Russian forces have shelled evacuating civilians, and appear to have recently killed and wounded scores of Ukrainian prisoners of war (PoWs) awaiting an exchange. With these deals, too, a missile strike on Odesa the day after signature leaves a bad aftertaste. But diplomacy has saved lives, and is likely to keep doing so.

The deals probably came too late to reduce prices for customers in the developing world; these had stabilized as buyers found new sources of grain. But Turkey and the United Nations deserve praise for sticking with tremendously difficult negotiations over many weeks. For them, this is a victory. Ukraine, which did not want to remove mines laid to defend its coastline, but whose grain has been held hostage since February, can now mitigate some of the economic hardships created by the war. One of the world’s top exporters, it will again ship grain out of the country, while preventing further grain rot, and making space for new harvests.

Russia, meanwhile, got a side deal with assurances for its own agricultural exports. These were never directly sanctioned, but were constrained as insurers and shippers shied away nonetheless. The Kremlin will present this arrangement as an effective reduction in sanctions, given that the European Union (EU) agreed to unfreeze certain associated Russian assets.

Whether or not the deals hold depends on how the war goes. They clearly offer advantages to all parties, or they would not have signed. But the difficulty of negotiating them underlines that Russia and Ukraine both see victory as possible and far more important than grain shipments.

The grain deal has underscored Turkey’s diplomatic influence and essentially validated its difficult balancing act. Since the start of the Ukraine war, President Erdoğan has gone to great lengths to be supportive of Ukraine without alienating Russia. This careful diplomacy involved maintaining the supply of armed drones to Ukraine and closing the Turkish Straits to the passage of Russian warships, while at the same time refusing to implement sanctions against Russia. This policy has been motivated by Turkey’s need to maintain its diplomatic partnership with Russia and avoid yet another humanitarian catastrophe that could lead to a new refugee wave. Maintaining Russian support also allows Turkey to constrain the actions of the Syrian regime, that could target Idlib.

The sustainability of this balancing act was however questioned. Now with the grain deal, Turkish diplomacy has gained a new grace period. The country has demonstrated the viability of its stance by playing an instrumental role in facilitating this deal and will fulfill a critical role in its implementation. So, provided that the agreement is successfully implemented, Turkish policymakers will face less pressure from its Western allies for compliance with the sanctions policy.

The success of the deal will be conditional on the sustainability of the political and economic benefits for Russia. At present, the Kremlin seems to have calculated that the agreements works in its interests. Should that calculus change, this could be in jeopardy.

On August 1, the first ship to carry Ukrainian grain through the Black Sea in more than five months left the port of Odesa, an event marking some of the best news from this conflict since Russia retreated from the western and northeastern parts of Ukraine. Still, despite early successes as a result of this deal and signs that Russia will uphold its end of the bargain, Ukraine faces significant challenges in exporting grain to an increasingly strained global food market.

Putin is untrustworthy. He has systematically destroyed agricultural infrastructure and weaponized hunger throughout the war in Ukraine. However, there are good reasons for him to stick to the deal — since the full-scale invasion of Ukraine in February, Russia has been engaged in a fight for the hearts and minds of the leaders of countries in the Global South, most notably Africa, who have been hesitant to impose heavy costs on Russia. If Putin were to violate the terms of this deal and renew his attacks on Ukraine’s grain exporting infrastructure, many would see his actions as directly causing a global hunger disaster. Indeed, it is likely that Putin signed this agreement so that he can continue to win support in the Global South.

Still, even with this deal, the world will experience a severe grain supply gap and Ukrainian farmers face significant challenges storing and processing this year’s grain harvest. This agreement represents just one component of efforts to address the global grain shortage. The EU will still need to identify additional measures to ameliorate this issue, including extra food processing, food storage, and food transport facilities in Ukraine and elsewhere.

The Istanbul Initiative should not be considered a start of the negotiating process on a bigger settlement between Russia and Ukraine. Levels of distrust are very high, and the risks are unforeseeable — it will take more than a few ships leaving Ukraine’s ports to foster further negotiations.

The grain deal still has a lot of unknowns. Russia’s continued attacks on Ukraine’s coastline can affect the readiness of the shipowners to order vessels stuck in port since February to sail. However, even a few ships in a high season for harvest and export will significantly facilitate exports.

For the last several months, these exports have been shipped by road, but these routes only account for 5% of the capacity of maritime shipments. Still, Ukraine’s agreement is for 120 days only, finishing in the end of November, while the Russian-UN Memorandum on Russian grain export facilitation, also signed in Istanbul, is for three years, and contains unknown conditions.

It remains unclear who exactly is the real winner of the Istanbul Initiative.

Sam Greene is Director of the Democratic Resilience program at the Center for European Policy Analysis; Olga Oliker is Program Director for Europe and Central Asia at Crisis Group; Sinan Ülgen is Director of the EDAM think tank in Istanbul and visiting scholar at Carnegie Europe; Matthias Berninger is a former German politician now specializing in public affairs, science and sustainability at Bayer; and Hanna Shelest is a Senior Fellow at the Center for European Policy Analysis, currently based in Odesa.